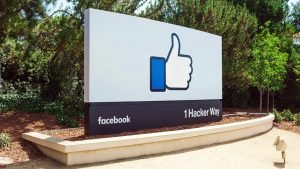 Facebook’s new Cryptocurrency, reportedly called Libra, has been reported to be revealed next week with many big-name backers.

Over a dozen companies are backing Libra’s launch, according to The Wall Street Journal. These range from major banking companies like Visa and Mastercard to popular online services like PayPal and Uber. Each will invest around $10 million USD to fund development of the currency, and will become part of the Libra Association, an independent group that will govern the digital currency separate from Facebook. This is good for users wary of Facebook, and good for the strange bedfellows investing in this currency – assuming it takes off.

TechCrunch declared that the reveal would take place on June 18th, while BBC News sees a full release in 2020. It’s expected to function as a “stablecoin,” meaning it will be pegged to a basket of government-issued currencies in order to limit the volatility typically associated with cryptocurrencies like Bitcoin. This is meant to be appealing to countries with particularly volatile local currencies.

As well as allowing users to send money over Facebook’s messaging products like WhatsApp and Messenger, Facebook hopes that its partnerships with e-commerce firms will allow users to directly spend the currency online. The company is reportedly also looking into developing ATM-like physical terminals for people to convert their money into Libra.

Once more, the reveal of Facebook’s Libra currency is supposed to happen on June 18th, and it is expected to release in 2020. We’ll have to wait and see what comes to pass.

The post Facebook’s Cryptocurrency To Be Revealed Next Week appeared first on CGMagazine.