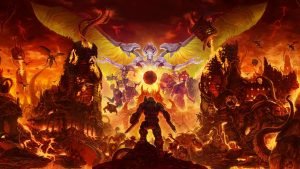 Since I played Doom back when it began as shareware on 3.5-inch floppy disks, I’ve been fascinated by the franchise. From the monsters and forces of hell to the weapons and frantic action, Doom that has stuck with me for over twenty years. Now, after my time with Doom: Eternal at E3 2019, I am once again smitten with the series.

Comparison of Symmetric Encryption Me…
How to Get Yourself to Feel Better Wh…
50 Christmas Quotes
Have I reached a Plateau? Is it up or…
Is It Possible to Talk to the Dead?

Doom 2016 was a game that brought Doom back to its roots. Gone were the overly complex stories, plodding pace, and rooms filled with monster closets. Doom is about action and momentum, and never has this been truer than with Eternal. Id software has taken what fans loved about the 2016 release and honed them to a fine point for this release, and it is something special to play.

Yes, there is a story here dealing with the forces of hell coming though slip gates, and it is up to you, the Doom Slayer, to ensure humanity has a chance. But let’s be honest: the driving force behind Doom is not narrative, it’s action. Bethesda and id have given enough story to keep things interesting, and while it may be fun to play though, it takes a backseat to what truly matters. 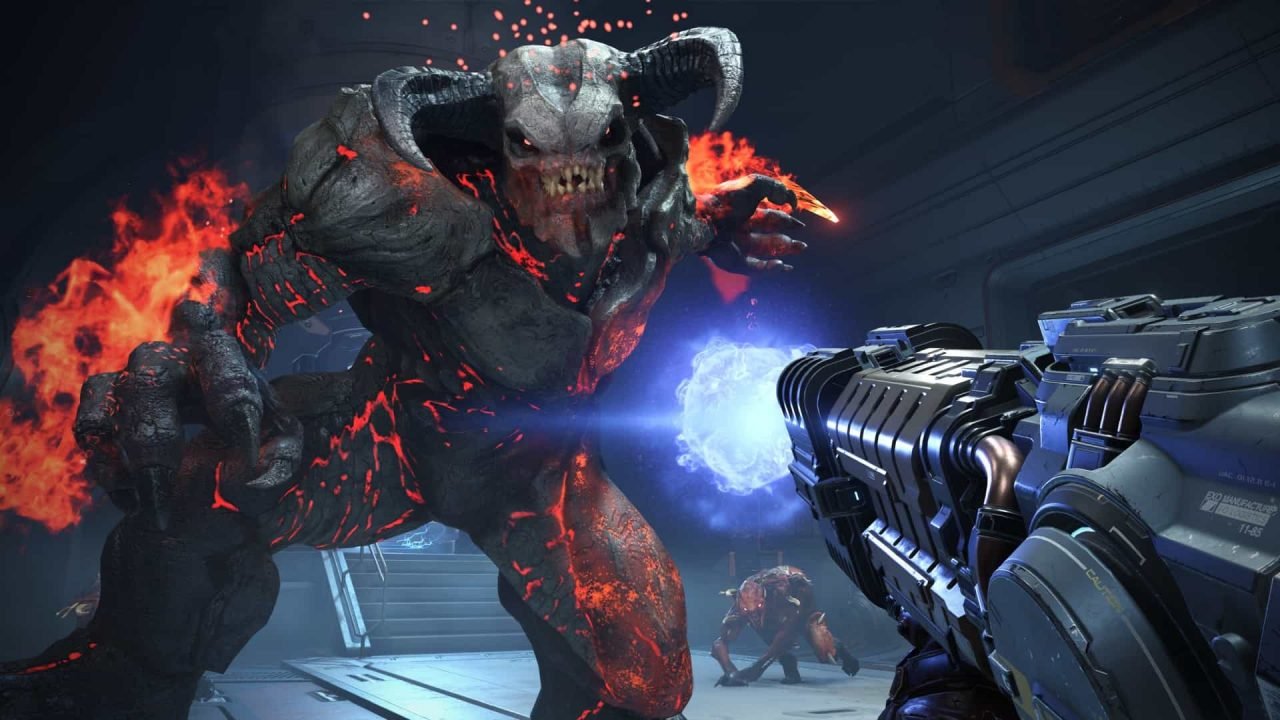 Doom: Eternal is highly focused on the momentum of combat. Changing combos and special attacks are no longer a bonus, and doing so is essentially the equivalent to pushing through levels here. Each type of attack will give you the needed resource you need to work your way through levels, from health, armour, and ammo. Yes, there will be a few pickups throughout the levels, but once you get into a major battle, each kill could mean the difference between survival and death.

On paper, this could sound frustrating, but once you have your hands on the controller, or keyboard and mouse, the flow of combat becomes a reward in and of itself. During my two 15-20 minute playthroughs, I never felt the challenge of the game was insurmountable. On the contrary, each death acted as a learning experience to how I could do better the next round. Be it in the turns of movement, to utilizing the level to my advantage, id software has made a game that is infinitely rewarding and frankly, a blast to play. 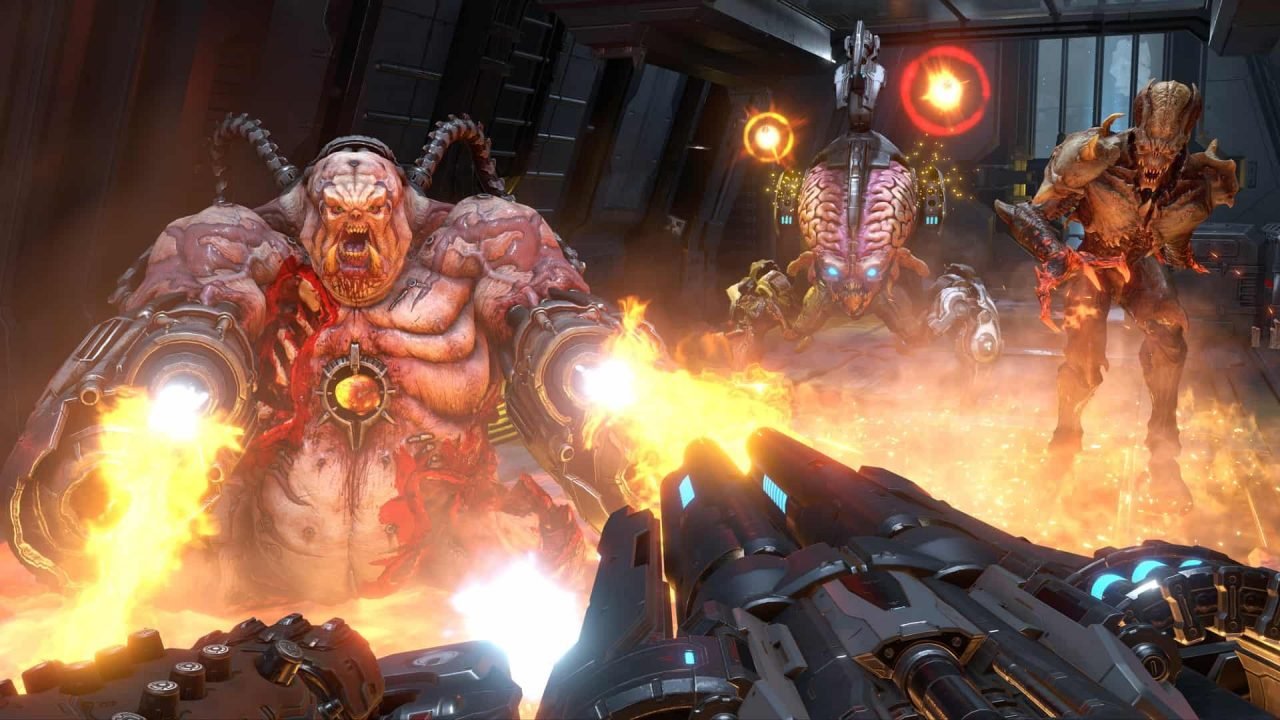 The demo started players off with a tutorial to give us all the ropes on how the mechanics, and momentum of the combat would work in the game. It should be noted that in the final game, the tutorial will be spaced out throughout the actual game, dishing the info as you need it. From chaining kills to the ability to combine tactics, id wants the player to enjoy the tactics of the game, and feel the reward for mastering them. It is not an easy game to learn, but once you do, the game opens up to possibilities.

In space stations, ruined cities, and the planes of hell and heaven, Doom: Eternal tries to ramp up the action and brutality we saw in Doom 2016 in a way only id software could. Verticality is even more important this time around, and you need to be aware of all planes on the battlefield to survive. With demons and enemies coming from all sides, if you don’t keep an eye on the sky as well as the ground, you will not last long. 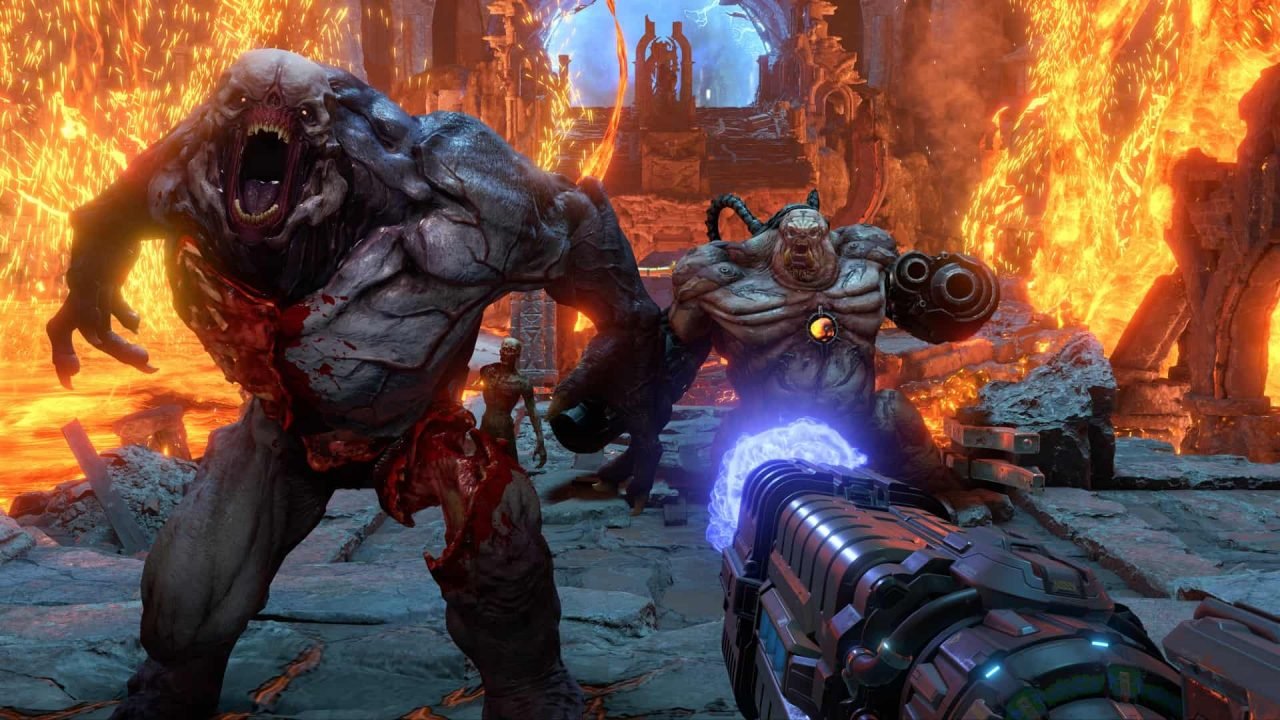 Thankfully there are new ways to take down the forces that stand in your way. Id software has added localized damage to the bigger baddies, allowing you to target specific parts, making it possible to take out a particular weapon to deal with crowd control and make them less of a treat on the battlefield. While it is a nice addition, like anything in Eternal, on anything above normal it quickly becomes essential to making it to the end of a segment.

Doom: Eternal improves on the Doom formula in almost every way. The team at id has taken the time to build a followup that will make fans of the series happy, and while it may be difficult to some players, they nailed the concept in a way I did not think was possible. There is still a little time for the team to add a coat of polish over the coming months, but if what is on show at E3 2019 is anything to go by, Doom Eternal is a must play when it launches on November 22, 2019.

How to Get Yourself to Feel Better When You're Sick

Have I reached a Plateau? Is it up or down from here?