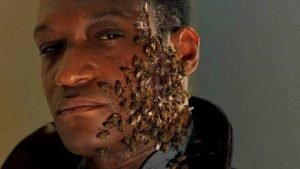 Recently, we got word that the Candyman reboot from by Jordan Peele’s Monkeypaw Productions is set to begin filming in Chicago this August.

Geek Vibes Nation posted the scoop on Twitter, noting that the production should only take about one month to complete.

Peele is penning the screenplay, while Nia DaCosta will take on the role of director for the reboot. Peele is well-known as the writer of hit films Get Out and Us. DaCosta is a recent director who is known for Little Woods and Top Boy. Word has been going around that the original Candyman Tony Todd will join previously confirmed cast members Yahya Abdul-Mateen II and Teyonah Parris. Candyman is based on Clive Barker’s short story “The Forbidden”, part of his fifth “Books of Blood” collection.

Look for Candyman to hit US theatres, beginning on June 12th, 2020.