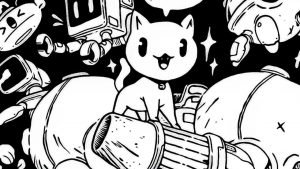 In Gato Roboto you play as Kiki, a cat that ends up going on a Metroidvania adventure where she will scurry up walls, pilot a submarine, and blast baddies and bosses in a mech suit all whilst finding numerous secrets. It’s a pretty entertaining little game that doesn’t bring much new to the genre, but what it does, it does well.

I think it’s important to state my only major nitpick with the game up front: it only took me 2 hours and 16 minutes to finish the game with a 97% completion rate, at which point loading my save just spawns me in a room that I cannot leave to go back to collect whatever I missed. While the game does give you a warning saying that you can’t backtrack once you enter the final level, I didn’t think it meant it would essentially make my save useless once I’d beaten the final boss, aside from seeing this one inescapable room that only appears upon loading a completed save. Sure, it’s a short game that I could easily do another run through to see what, if anything, I would get for achieving 100 per cent completion, but in the age of YouTube I’ll just look it up after the game’s official release. 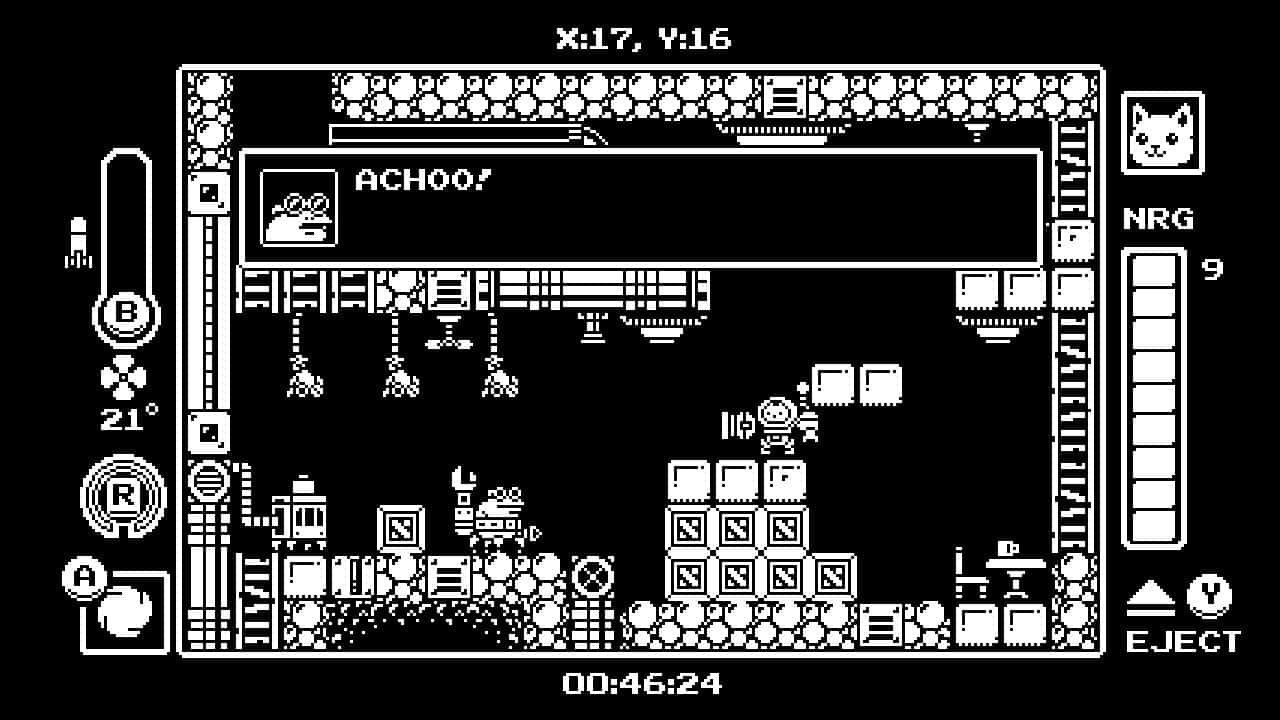 It isn’t that Gato Roboto is bad, because it isn’t. I honestly think it’s pretty great. Sure, it’s short, but it’s also less than $8 day one, which is cheaper than most movie tickets. Had I paid for the game, I’d feel like I’d had gotten my money’s worth.

The story is cute and told through dialogue that is ‘voice-acted’ with gibberish noises unique to each character similar in tone to Banjo-Kazooie or Animal Crossing. A lot of games try to pull this off and end up just being annoying, but here the voices had me chuckling and looking forward to meeting the next character to see what they sounded like. Don’t expect a deep plot here, but some cheerful dialogue between a human dad and his cat daughter.

Aesthetically Gato Roboto‘s monotonic art style won’t be for everyone, starting out with only the default black and white palette. I was pleasantly surprised to find other colour palettes are unlockable via hidden tapes throughout the game. While I won’t spoil every variety, if you’re hoping for Virtual Boy and Game Boy colourings, you’re in luck. Where most games have something like this unlocked from the start, I appreciated unlocking them one by one here, because it meant I’d earned something shiny and new to use, and I found myself frequently using the new palettes once unlocked. The pixel art and animations here are pretty great all around, though every now and then I noticed some objects would have black edges built in that other textures would go behind, or awkward hitboxes that never impacted the gameplay. 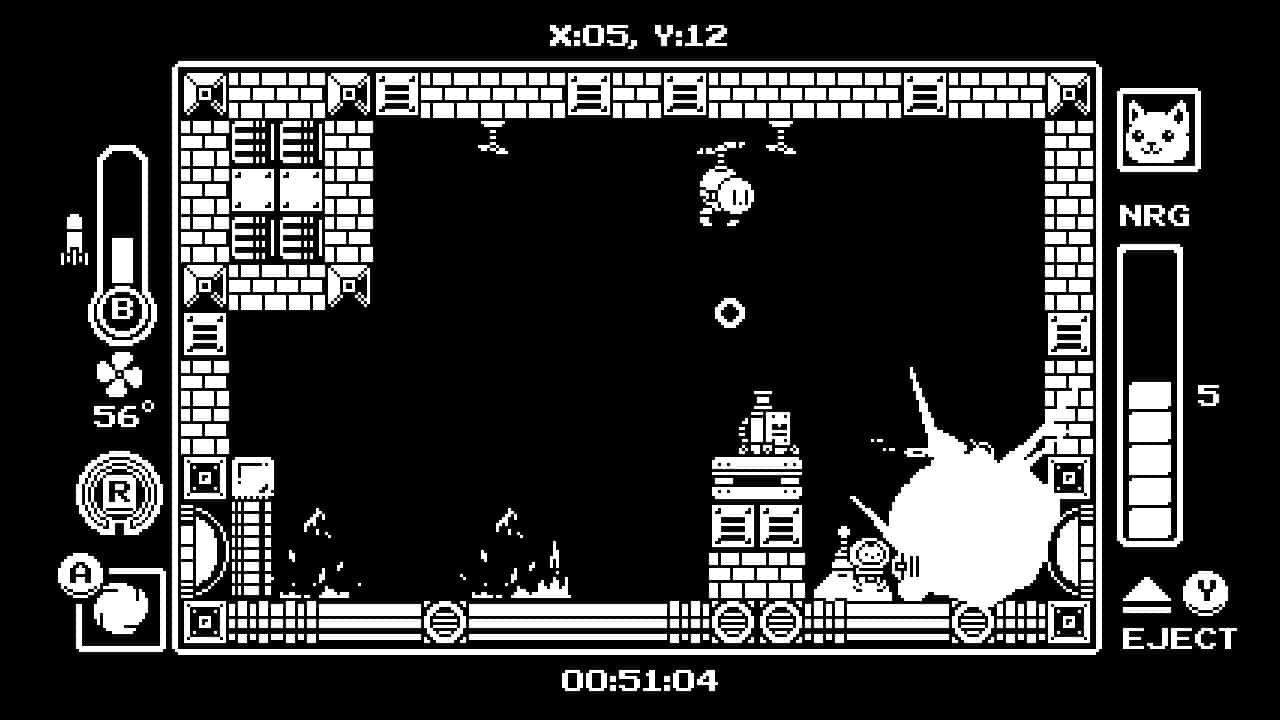 On the audio side, Gato Roboto has one of the best game soundtracks this year, with creepy analog electronic to outright EDM bangers. Unfortunately, the default mixing has the sound effects practically drown out the soundtrack so I’d recommend dropping the volume of those around 50 per cent in the options menu. Speaking of options, there isn’t a whole lot here apart from volume controls, palettes, and making the game full screen, but there doesn’t really need to be.

I had a good time with Gato Roboto, though it doesn’t really bring anything new to the genre. Getting out of your vehicle to explore has been done. Unlocking missiles to blow up walls has been done. I can’t say off the top of my head that there is another Metroidvania game that also has you get into a submarine from time to time, but I feel like it’s probably been done. The level design flows pretty well, and the game does a good job of guiding you to areas to find secrets that you couldn’t access earlier in the level due to a missing ability or because of some obstacles. This means that most backtracking is naturally built into the flow of the game and never actually feels like backtracking because of the level changing in small but interesting ways.

The movement and gunplay are quite minimal and clunky at first, but you’ll be quickly unlocking new abilities that will have you zipping through the air and dunking on enemies. One of the abilities is a double jump, which is my favourite in practically any game that has it. So if you’re a double jump fan like myself, you’re going to have a good time. 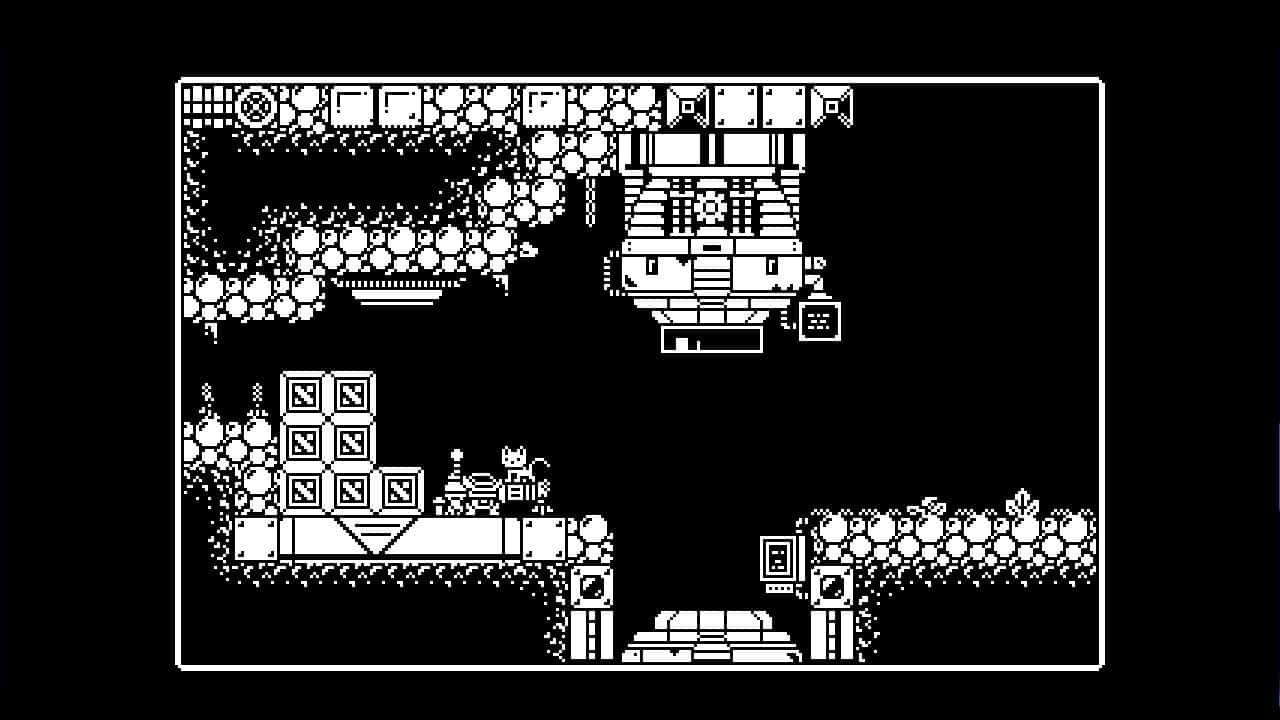 I did have the game freeze on me at one point, causing me to have to force close and then relaunch it. Thankfully, there are generous amounts of save points, meaning I lost very little progress. Otherwise, I think there was maybe a moment or two of slowdown in my playthrough, but not enough to make a difference.

Conclusion:  Gato Roboto is a cute, simple, Metroidvania that doesn’t bring anything new or revolutionary to the genre. It can be completed in one easy yet satisfying sitting. I highly recommend it to fans of the genre that don’t have time to sink into a sprawling maze of a game like Hollow Knight, and especially to those that like Cave Story as it has similar gameplay feel and tone. A good little game with a good little kitty in a mech suit with a gun and missiles. Meow.