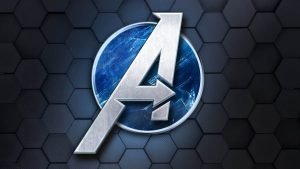 Square Enix’s The Avenger’s Project continues to make headlines, this time thanks to a leaked E3 panel description.

The description, which was first spotted by Twitter user Evan Filarca, contains a brief overview of the game, as well as a description of the panel. The game is described as an, “epic action-adventure that combines cinematic storytelling with continuous single-player and co-operative gameplay“, although this information has yet to be confirmed by Square Enix. While the panel description has since been changed, the leak indicates a potential likelihood that The Avenger’s Project will have single and multiplayer modes when it launches. It’s not clear if the multiplayer will be local or online, but the post did mention that players can assemble in up to four player teams.

In addition, the post also mentioned the ability to customize heroes, and the existence of special character abilities. It’s no real surprise that the game apparently features customization, as most AAA titles from the past few years have gone that route, including Insomniac’s recent Spider-Man title. As for abilities, all of the Marvel heroes have their own distinct weapons and powers which makes the existence of abilities a no-brainer as well.

It’s also worth noting that the leaked panel description was not Square Enix’s E3 Presentation, (which takes place on Monday, June 10th at 9 p.m. ET) but instead the company’s E3 Colliseum Panel, which takes place the following day. The Colliseum Panel will be moderated by Andrea Rene, who is an internet personality and co-founder of What’s Good Games.

Stay Tuned to CGMagazine for more The Avenger’s Project news and E3 2019 Coverage.