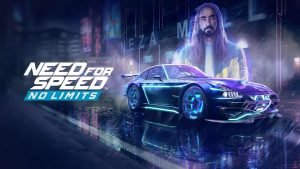 Earlier today, EA announced a new collaboration with renowned artist and DJ, Steve Aoki, for an exclusive in-game content update for Need for Speed: No Limits.

The Need for Speed: No Limits update will introduce new content based on Aoki’s Neon Future comic book series (Impact Theory Comics). In terms of the actual goods, the update will add Aoki as an in-game host of what EA promises to be an electrifying Neon Future-themed challenge. Players that can finish the series of races will be rewarded with a unique body kit for the Nissan 240ZG — featuring a Neon Future skin that closely follows the same, stunning, futuristic design rhetoric found within the pages of the comicbook series.

It’s Me – Chapter 11
Spider-Man: If This Be My Destiny - L…
7 Techniques for Bitcoin Beginners
The Happiness Cart – Falooda Express
Uncertainty, COVID-19 and Estate Plan…

The new event will be the first time an artist has directly worked with EA and the developers behind Need for Speed:No Limits, in a collaboration initiative.

“Neon Future, to me, is the melding of humanity with technology,” says Aoki. “It’s about convergence and bringing these two things together to create an advanced species that knows no limits.”

Need for Speed: No Limits first saw release back in 2015 on both iOS and Android — bringing with it the same distinct gameplay that made the series famous but in a more accessible form-factor, ideal for mobile platforms.

The Neon Future special event featuring Steve Aoki will launch on May 28 2019.

The post Steve Aoki Returns to Need for Speed: No Limits with Neon Future event appeared first on CGMagazine.