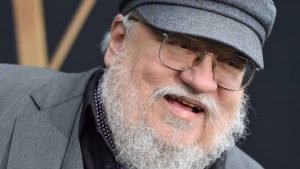 George R.R Martin, the mind behind A Song of Fire and Ice, the basis of the Game of Thrones HBO series, recently confirmed that he has reached out to a Japanese game developer, in regards to an unannounced project.

Earlier, in March, a rumour was circulating the internet, in which the famed novelist allegedly reached out to renowned Japanese game developer, From Software, the studio behind the Dark Souls series of roleplaying games, and most recently, the action title, Sekiro: Shadows Die Twice. The rumour went on detail that Martin has been working with Dark Souls director, Hidetaka Miyakazi, for the past three years, on a new open-world game, featuring horse riding, ala The Witcher 3. According to Gematsu, the project has been internally dubbed as “GR” and will be published by Bandai Namco, with a full reveal set for E3 2019, during Microsoft’s press conference.

With the series finale of Game of Thrones finally upon us, fans of the medieval fantasy series clamouring for more, or for those who have suffered severe dragon burns from past Game of Thrones video game adaptations, can now look forward to a new game, with writing that should at least be on par with Martin’s original book series.

Microsoft’s E3 2019 press conference is set for June 9th, 2019. The conference will be available to watch live on both Twitch and YouTube. If true, fans should expect to see From Software’s latest game running on what will likely be the next generation of Xbox. E3 2019 itself, will begin on Tuesday, June 11, taking place at the Los Angeles Convention Center, concluding on Thursday, June 13.