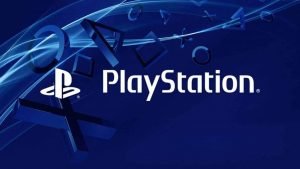 Sony Interactive Entertainment has formed a new branch of the Playstation brand to adapt its properties for TV shows and movies called PlayStation Productions.

According to The Hollywood Reporter’s story on the new studio, PlayStation Productions will be headed by Vice President of Marketing Asad Qizilbash with oversight by Shawn Layden, chairman of SIE’s Worldwide Studios.

No specifics were given on what PlayStation properties would be part of this new initiative, but Qizilbash says Sony will be deciding on a format, such as whether it will be episodic shows or television, on a case-by-case, franchise-by-franchise basis.

“Ultimately, the story will determine the format. We want to bring our IP to the medium that best honors the property,” Qizilbash told Hollywood Reporter.

Layden says he hopes that by handling these adaptations internally the company will be able to better adapt PlayStation games to film and TV and avoid critical and commercial failures other Hollywood studios have run into over the years.

“You can see just by watching older video game adaptations that the screenwriter or director didn’t understand that world or the gaming thing,” Layden said. “The real challenge is, how do you take 80 hours of gameplay and make it into a movie? The answer is, you don’t. What you do is you take that ethos you write from there specifically for the film audience. You don’t try to retell the game in a movie.”

While Sony may be taking the reins of these productions now, it won’t be the first time PlayStation games have been adapted for television and film. The Ratchet & Clank series had an animated movie released to theaters in 2016, Uncharted has a midquel movie starring Spider-Man Tom Holland in the works, and a Sly Cooper animated series is set to start airing later this year.