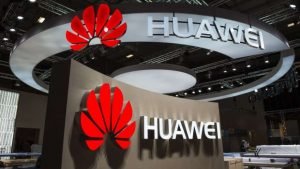 This new order has resulted in Huawei, the China-based smartphone giant mega-corporation, being placed on to the U.S Commerce Department’s Entity List, a type of blacklist that forbids U.S companies, such as Google, Intel and Qualcomm, from doing business with Huawei, and other non-American-based companies. Obviously, this is bad news for Huawei, as the company relies on companies such as Google and Qualcomm in the production of their smart devices.

For the end-user, and for those who own a Huawei device, this trade ban won’t affect the usage of the Google Play Store and its services, however, firmware updates directly from Google will cease, instead, updates will trickle out via the Android Open Source Project, or AOSP. Those unfamiliar with AOSP, the service, in essence, delivers whatever latest version of Android, Google releases, and makes the source code available, for anyone to take and modify for their own needs (IE: the latest Huawei operating system).

Huawei Canada has reached out to CGMagazine, in regards to the unfortunate news, stating,

“Huawei has made substantial contributions to the development and growth of Android around the world. As one of Android’s key global partners, we have worked closely with their open-source platform to develop an ecosystem that has benefitted both users and the industry.

Huawei will continue to provide security updates and after-sales services to all existing Huawei and Honor smartphone and tablet products, covering those that have been sold and that are still in stock globally.

We will continue to build a safe and sustainable software ecosystem, in order to provide the best experience for all users globally.”

Finally, the new restriction imposed on Huawei will, unfortunately, ripple into their future products, meaning forthcoming Huawei smart devices will not be eligible in receiving Google services, which include both firmware and security updates. Huawei is working on a still to be released, in-house operating system, which will likely rely on AOSP, granting native Android apps to function correctly, even those from the Google Play Store.