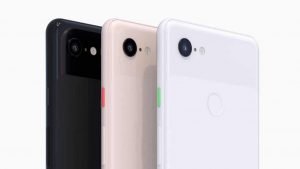 During Google’s I/O 2019 Live Event at the Shoreline Amphitheatre in Mountain View, California. Sabrina Ellis, Google’s Vice President of Product Management, took the stage, introducing the Google Pixel 3A and Google Pixel 3A XL. These new models for the Pixel family are meant to be a cheaper solution for users who may want a premium phone.

Dreaming About Cellphones, What Does …
Per Annum Pocket Diaries
Top 10 Sites to watch Telugu Movies O…
Crunchyroll – How to Watch Anime Onli…
How to Boost Sexual Performance: 10 T…

The Pixel 3A and 3A XL use the familiar design aesthetics of the existing Pixel line. The brand-new, 3A line will be available in Just Black, Clearly White and Purple-ish, which as the name suggests, is a muted purple hue.

One of the most attractive features of the existing Pixel line would be the advanced camera and Google AI-powered software, which both models of the 3A, feature. Nightsight will be fully supported for the duo of devices, allowing better night shots versus the competition. 3A will also support call screening, eliminating those pesky and unwarranted calls from telemarketers.

In terms of specs, the XL model will rock a 6” HD, OLED display, with its smaller companion, a 5.6” display, otherwise featuring the same technology. 4GBs of ram puts the two phones in parity with other, leading flagship devices. The 3A and 3A X will ship with a 3,000mAh battery, and fast charging capabilities. T-Mobile, Verizon, Sprint and US Cellular will all carry Pixel 3A and Pixel 3A XL phones. the new phone will be available, starting today in 12 different countries, including the US and Canada.

The post Google Introduces Duo of New Pixel Phones, Pixel 3A and 3A XL appeared first on CGMagazine.