Sony’s Next State Of Play Livestream On Thursday, Will Hold MediEvil And Lack PS5 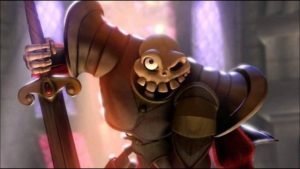 Sony’s second State of Play presentation will be premiering on May 9th, 2019 at 3pm PT/5pm CT/6pm ET.

The ten-minute presentation will focus on PlayStation 4 games, and will not feature any news on the PS5. It has been confirmed that MediEvil will get an extended gameplay video, and a new game will be revealed. There will be other updates and announcements from upcoming PS4 games, but they are currently unknown.

MediEvil, an action-adventure hack and slash series first launched in 1998, tasks players to take the skeletal Sir Daniel Fortesque across a variety of levels using an assortment of weapons and Sir Dan’s own arms for combat and traversal. It was a fairly popular and well-received game at the time, receiving a sequel in the year 2000 and a PSP reimagining in 2005. Awareness of Sir Dan was increased by his playable appearance in the 2012 PS3 fighting game Playstation All-Stars Battle Royale, likely paving the way for the upcoming MediEvil remake due out this year.

That’s all for now. CGMagazine will report on the event when it happens.

The post Sony’s Next State Of Play Livestream On Thursday, Will Hold Medievil And Lack PS5 appeared first on CGMagazine.

Sony’s Next State Of Play Livestream On Thursday, Will Hold MediEvil And Lack PS5