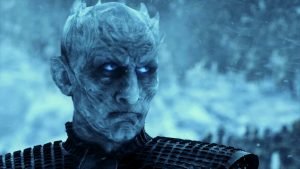 The latest episode of Game of Thrones saw the realization of years of anticipation for the ultimate battle between the living and the dead, and the result was exciting, albeit a bit messy.

As promised by the show’s creators, The Long Dark featured the largest and longest battle scene in the show’s history (and all cinematic history, allegedly), filled with CGI dragons, thousands of wights, prophecy fulfillment, and quite possibly the slickest assassination courtesy of Arya Stark. But in equal measure, there was a lot of confusion caused by some directing decisions and a few nonsensical strategic decisions made by the characters.

Throughout, it was hard to tell what was going on—and not just because the whole freaking episode was literally very dark. The directing and cinematic language was very disorienting, and whether purposeful on not, it often led to moments wherein I was uncertain of what had just transpired. And with the stakes so high—with so many characters at risk of getting offed in spectacular final-season style—it was frustrating to be constantly unsure of what I was watching.

Particularly confusing was how certain characters managed to survive multiple scenarios that first appear to be unquestionably fatal. Several times, I found myself first shocked to see someone get killed off unceremoniously, then confused when I saw them reenter the fray decidedly not dead. I had little trouble suspending disbelief afterwards, going through the episode in my head and applying nerd logic to each scene, but in the moment it added confusion to the already confounding episode.

Nerd logic aside, these are the characters that should have absolutely bitten the big one this episode. 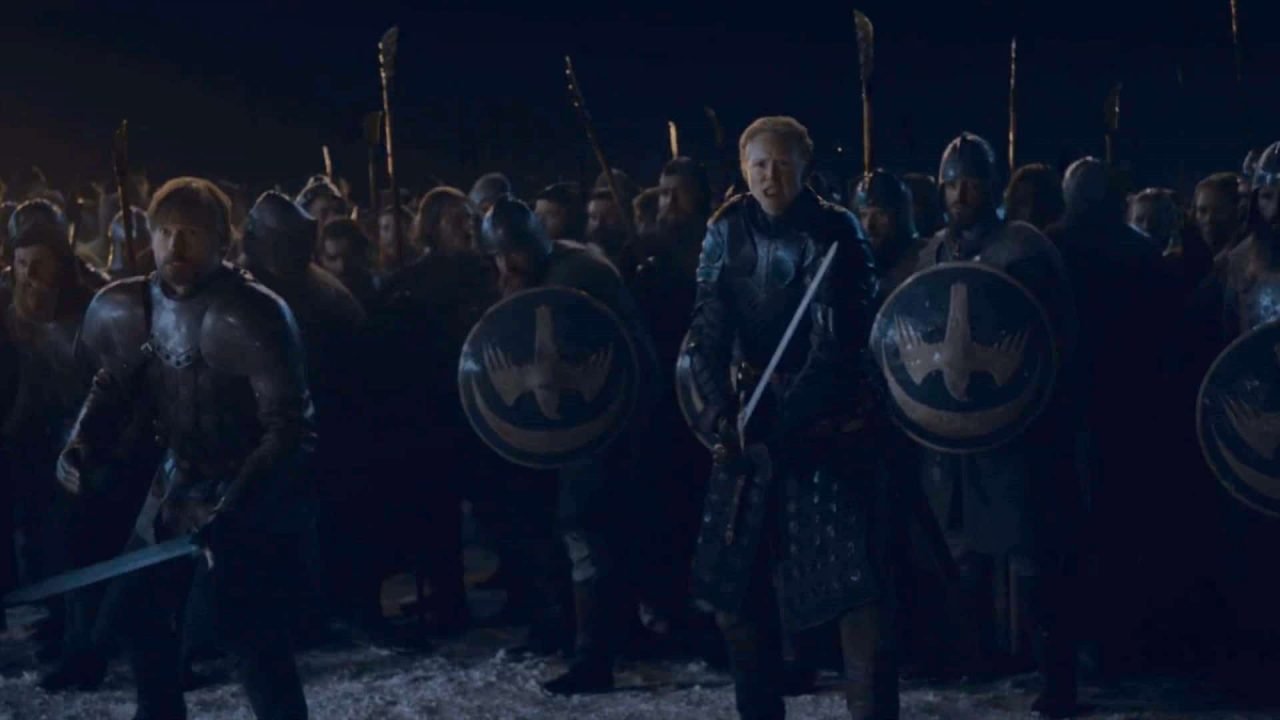 Game of Thrones: The Long Dark

One of many to bravely occupy the front lines at the Battle of Winterfell, the freshly knighted Ser Brienne of Tarth was the first major member of Team Living to be swarmed by a devastating number of wights. It was an actual wave of blue-eyed zombies that knocked her off her feet before she could do as much as giv Oathkeeper a swing. And by the way she screamed as the dead scrambled on top of her, I definitely assumed some kind of fatal tearing and biting was happening long before Jamie came to her rescue. Nevertheless, brave Brienne suffered the pile-on and lives to fight another day.

I’m happy to see Brienne live past the battle against the dead, as she’s easily one of my favorite characters. That said, I could have easily let her go; after rescuing the Stark girls, vouching for Jamie in episode two, and becoming an official knight of the Seven Kingdoms, her story arch has mostly wrapped up. 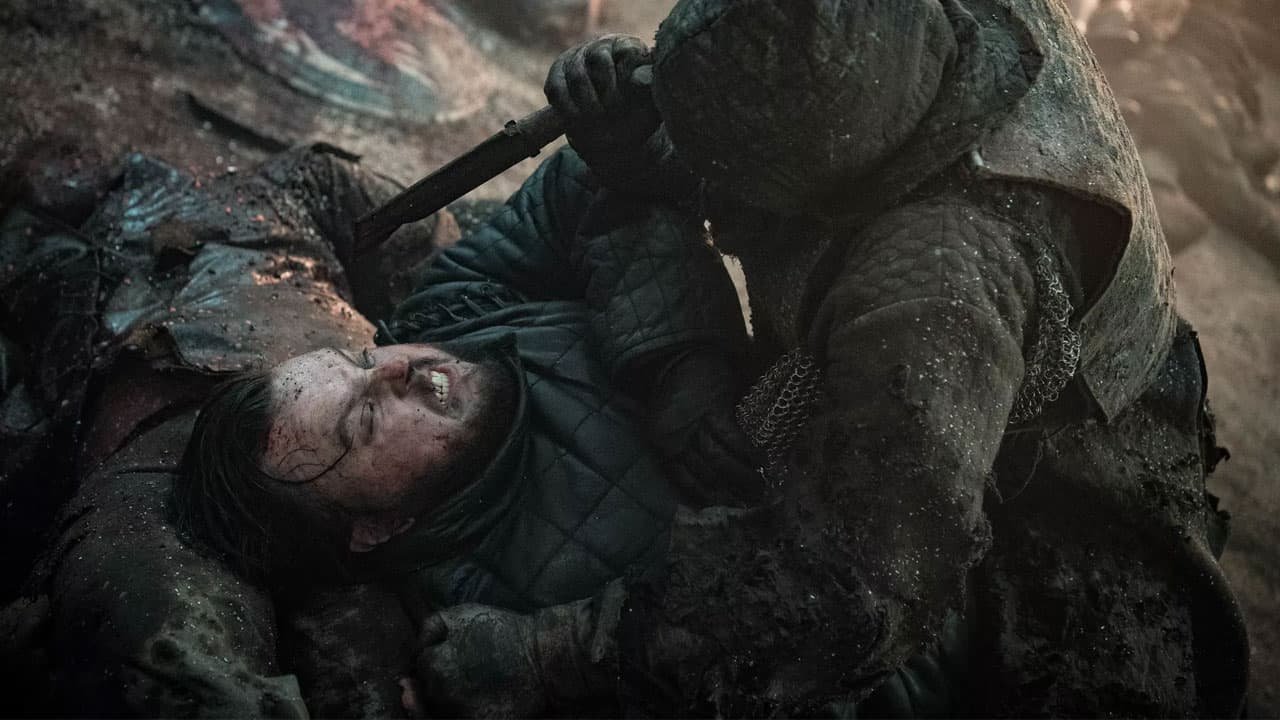 I love Sam for the blubbering, wan, yet occasionally courageous buffoon he can be. But more than anything, I love him for never pretending to be anything he’s not. He’s no warrior, and he accepted that very quickly after watching his longtime brother of the Night’s Watch take a sword in the back early on in the battle; not long after, he had taken refuge in the castle and went in pure self-preservation mode.

But by the time the second wave of wights had been conjured by the Night King, we saw Sam cowering atop a mass of bodies and surrounded by the wights that had flooded the castle. Just next to him we saw Brienne, Jaimie, Tormund and Podrick fighting off dozens of zombies with their backs against the wall. It’s inconceivable that Sam could be sitting on a pile of corpses, defenseless, and still be alive while the most capable warriors were getting overwhelmed by enemies a few steps away. I’m glad to have Sam and will accept any excuse to have him live until the very end, but it just doesn’t make much sense that he survived just by assuming the fetal position. 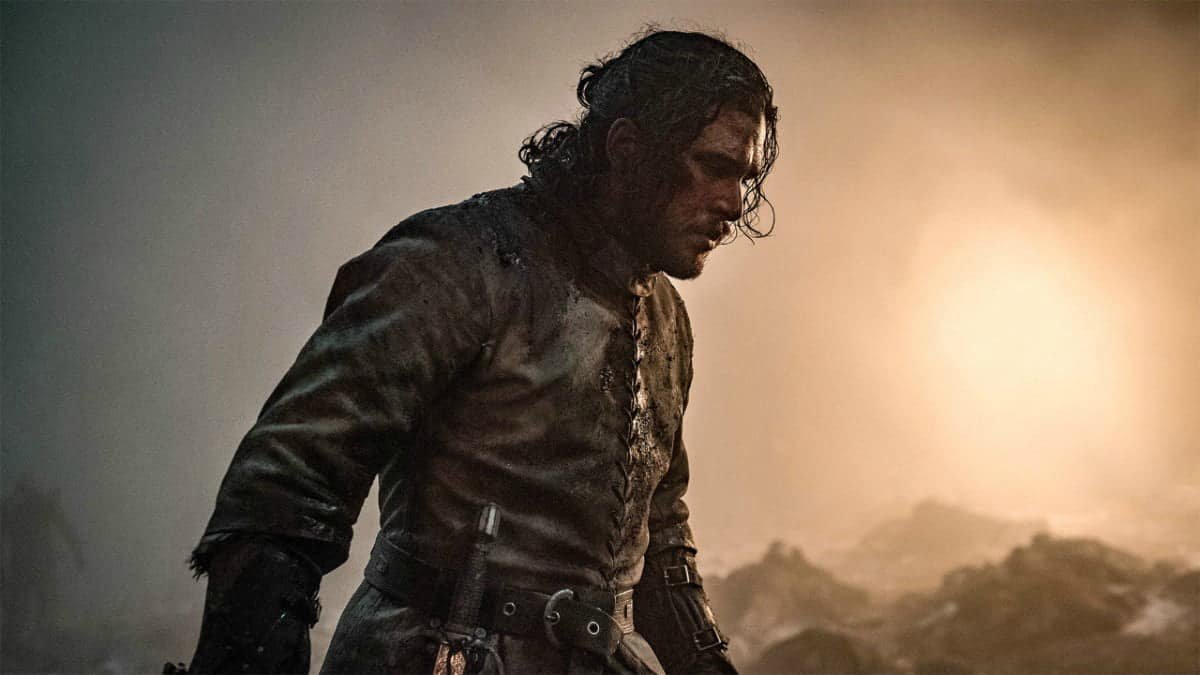 At this point, I feel totally justified in saying that Jon is plain terrible in all combat scenarios. Since the very beginning, and especially since coming back from the dead, he has managed to run himself into the worst possible position in every battle he’s fought. This battle was no exception; after watching the Night King withstand a mighty blast of dragonfire, Jon rushed him, hoping to take the deity head-on. Instead, he got an encore of the Night King’s raising-the-dead trick from Hardhome, surrounding himself and Jon with hundreds of wights. This was, unarguably, it for Jon. He was surrounded for half a mile each way he looked. He was toast.

Of course, I hadn’t accounted for Drogon and Dany’s very accurate dragonbreath skills. This is, admittedly, the nerdiest nitpicking I’ve done for the show, but I’d be lying if I wasn’t annoyed with how conveniently precise Daenerys must have been to not set Jon on fire when saving him from the hundreds of enemies surrounding him. That said, I was even more annoyed that Jon—who, again, is terrible—made it out of yet another impossibly hopeless scenario.

Everyone Inside the Castle After Wave 2 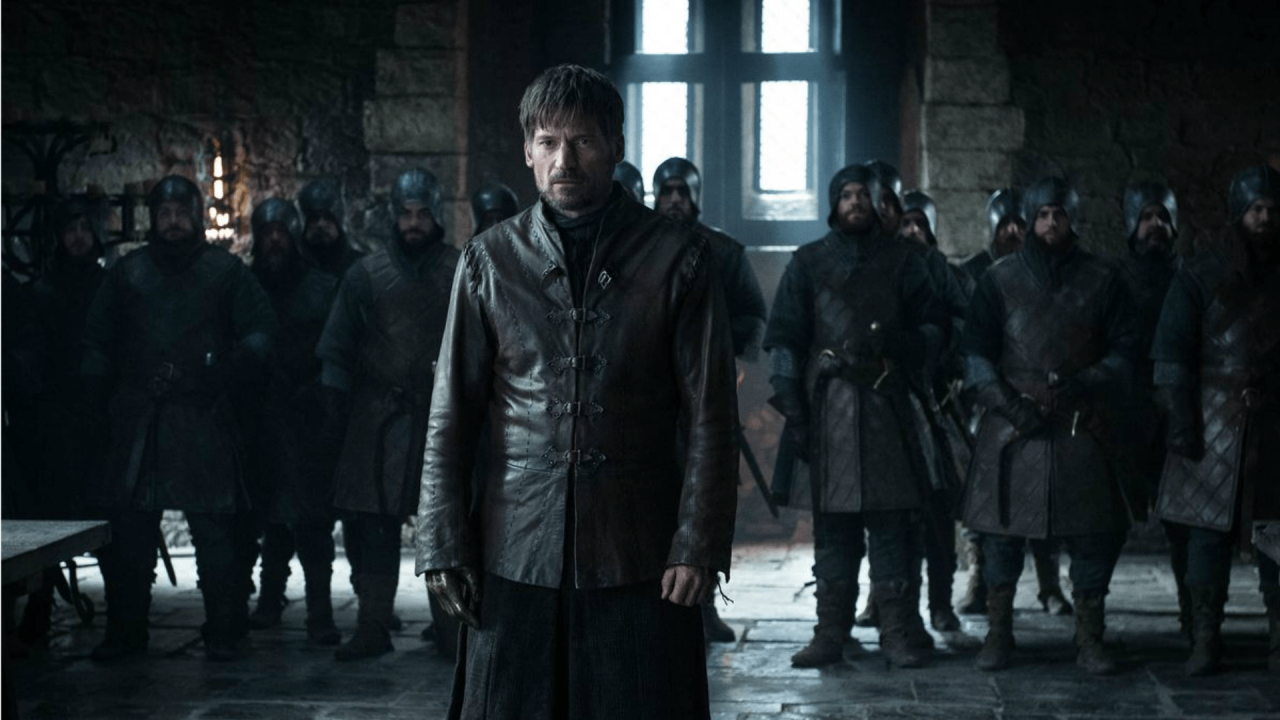 Game of Thrones: A Knight of the Seven Kingdoms

I’m sorry, but sometimes there’s just too many zombies. As Jon made his way through Winterfell to head off the Night King, he made a point of taking note of everyone still fighting within the castle walls. There, he saw Jaimie, Brienne, Tormund, Grey Worm, and Podrick all standing their ground (Sam was fighting the good fight while lying down in the mud) against the endless army of the dead. The moment bordered on absurd—as if Jon were knowingly making sure all the main characters were still alive before moving on to the one with the most high stakes in the most current Game of Thrones plot. Thankfully, they were all still alive—for the moment. A few shots later, we see Jaimie give in to exhaustion, Brienne give a bloodcurdling shriek of death, and Podrick stumble and fall under the weight of a few wights. They were surely dead. Except they were all fine.

I keep wondering what we were supposed to ascertain from those shots as an audience. Were we supposed to be fooled into believing three major characters had just died, only to be relieved later? Were they supposed to appear to be moments away from death, only to be saved at the last minute by Arya’s ultimate assassination? Should we have assumed that the wights were just aggressively kissing our heroes with extreme vigor instead of violently biting and stabbing? I’m not sure, so I’ve ruled none of these out.

I’m glad we made it out of The Long Dark with most of the show’s main characters alive and well, as it gives the show a rich cast with which to wrap things up. And I wouldn’t have liked to see folks like Tyrion, Dany and Jon go in such a binary good-versus-evil battle rather than through the morally ambiguous mechanisms that makes Game of Thrones so interesting. But I’ve been so spoiled by the show’s previously excellent attention to detail that I find it hard not to nitpick at messy moments like these.  I’m hopeful that the show will manage to regain some purchase in the more grounded realms of politics and human warfare, as it hasn’t had much success with the realms of fantasy as of late.

The post These Game of Thrones Characters Should Have Died in The Long Dark appeared first on CGMagazine.