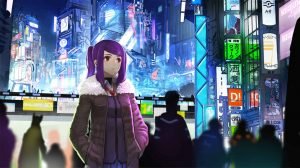 Visual novels have never been my favourite type of game. While I can understand the appeal of a game that focuses on its narrative, featuring a rich cast of characters and multiple endings, visual novels normally lack a form of interactivity to help me become truly invested in their worlds. VA-11 HALL-A is one of the few games to fix this issue of mine in a way that I never would’ve imagined, making for a truly special game.

Canadian Online Casinos at its Best
Best Things to Do in Cadaques, Beauti…
8 Signs You Should Avoid That Potenti…
Mental Slot Review and Playtest (NoLi…
15 Back To School Lunch Hacks You Nee…

Developed by Sukeban Games, VA-11 HALL-A was originally released on PC and the PlayStation Vita back in 2016. Although it’s easier to describe VA-11 HALL-A as a visual novel, its more accurate to label the game as a bartender simulator. Set in a cyberpunk future setting, players assume the role of Jill, a bartender of a rundown dive bar named “VA-11 HALL-A”. When customers arrive, players will need to make drinks to serve to them in order to continue the game’s story. The gameplay is very simple and can become a tad bit repetitive through prolonged gaming sessions but is ultimately rewarding experience. 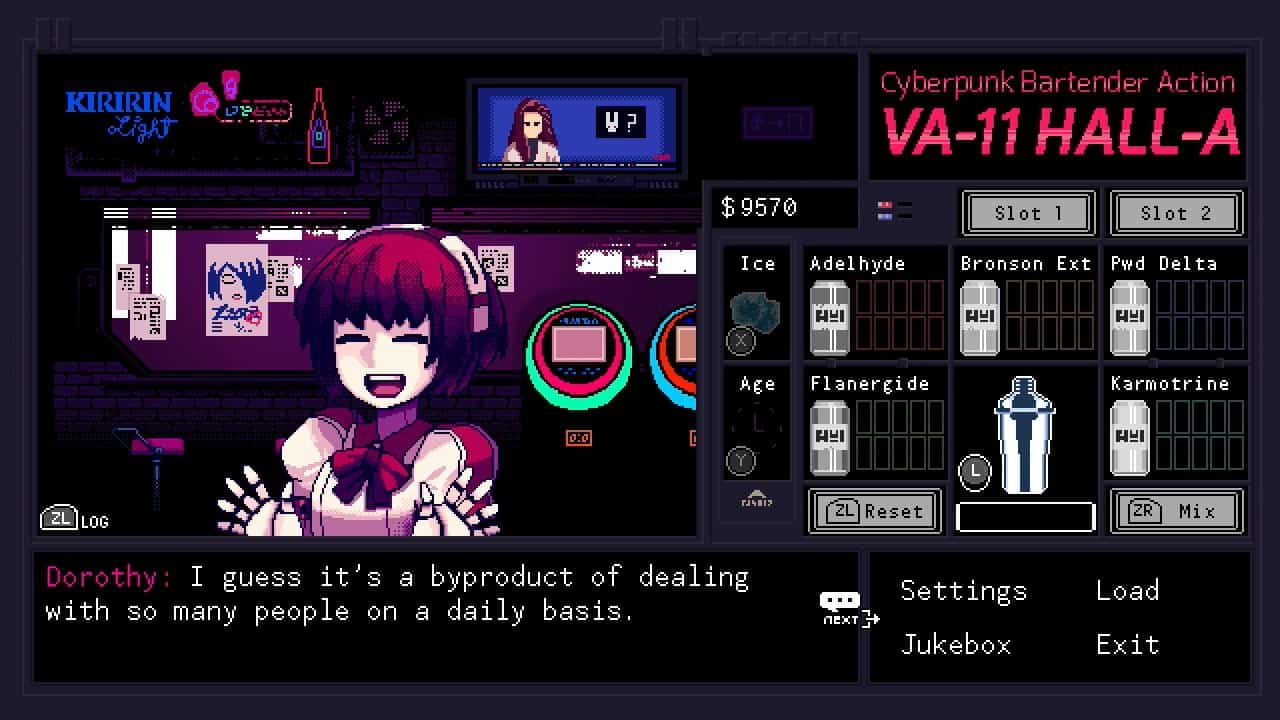 VA-11 HALL-A flawlessly uses its setting to help add to its aesthetic. In the game’s history, Japan conquered the world through technology. As a result, VA-11 HALL-A is able to blend sci-fi anime influences into most of its visuals, blending them with the look of a retro PC game. The soundtrack of VA-11 HALL-A is equally amazing, making use of mostly vaporwave tracks which suit the setting. The game even allows players to make a playlist out of VA-11 HALL-A’s songs which will play during the time spent at the bar.

VA-11 HALL-A is partially a visual novel, so most of its gameplay consists of reading dialogue through text. Fortunately, VA-11 HALL-A features writing that is both engaging and at comedic. Each character really feels like they exist in VA-11 HALL-A’s world, helping players piece together what life in their cyberpunk city is like, despite not being able to leave the bar. What’s more, VA-11 HALL-A features a cast of characters from all different walks of life, from a cocky news chief editor to a robot sex worker. VA-11 HALL-A explores its many flawed characters from a perspective without judgement, where we can see them learn and evolve without directly influencing these changes 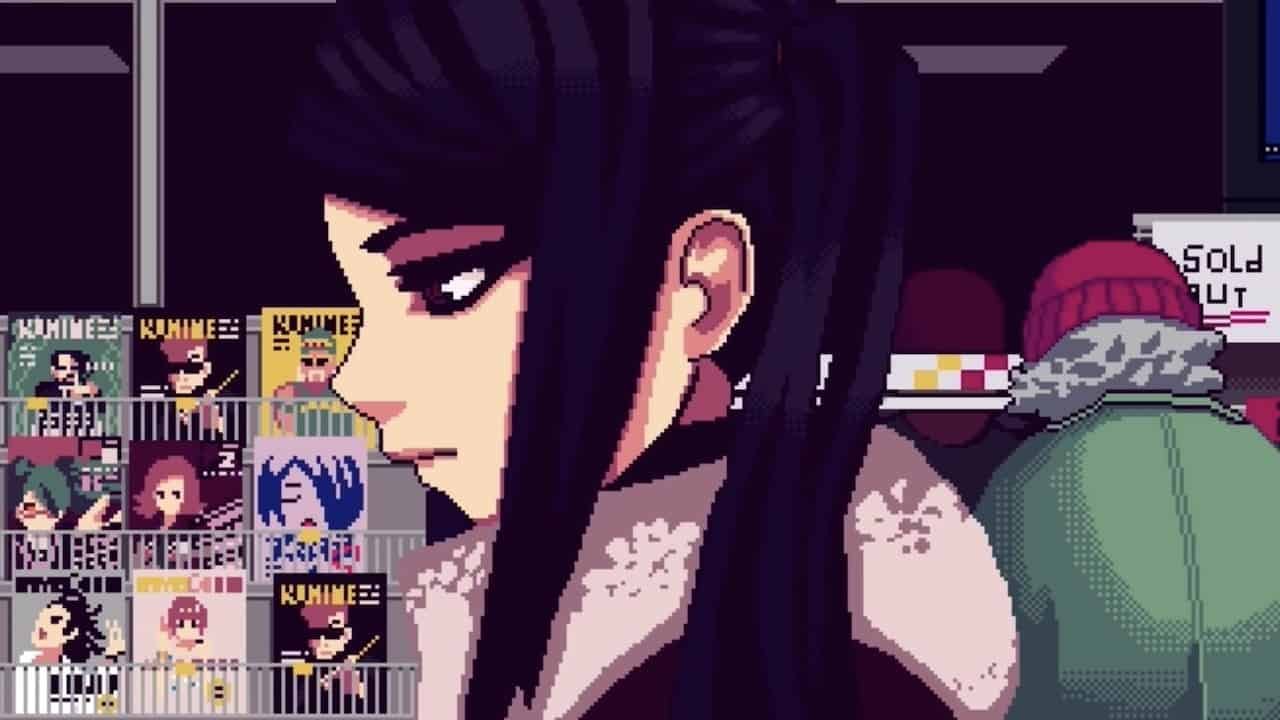 As players converse with the patrons in VA-11 HALL-A, they’ll be asked to create and serve a variety of different drinks. Some orders will be very straightforward, but others will be a little more vague, forcing players to get more creative in order to choose the best suited drink for each character. There’s something about learning a character’s preferred drink order as they open up to you about their lives that really helps to create a more personal relationship with them, almost as if it helps to humanize them.

Serving drinks in VA-11 HALL-A is more than just a gimmick to familiarize players with the game’s cast. Unlike most visual novels, VA-11 HALL-A doesn’t offer any dialogue trees. Instead, conversations differ depending on how satisfied customers are with the drinks they’re served. It’s an ingenious way to weave gameplay into its narrative while incentivising players to pay attention to the character’s they’re interacting with in order to provide the best service. While it takes less priority, player’s also need to pay attention to Jill, the player’s avatar and VA-11 HALL-A’s lead character. Outside of working at the bar, player’s can order items for Jill’s apartment, increasing her comfort and focus. Spending too much can be dangerous however, as she does need to pay her rent. 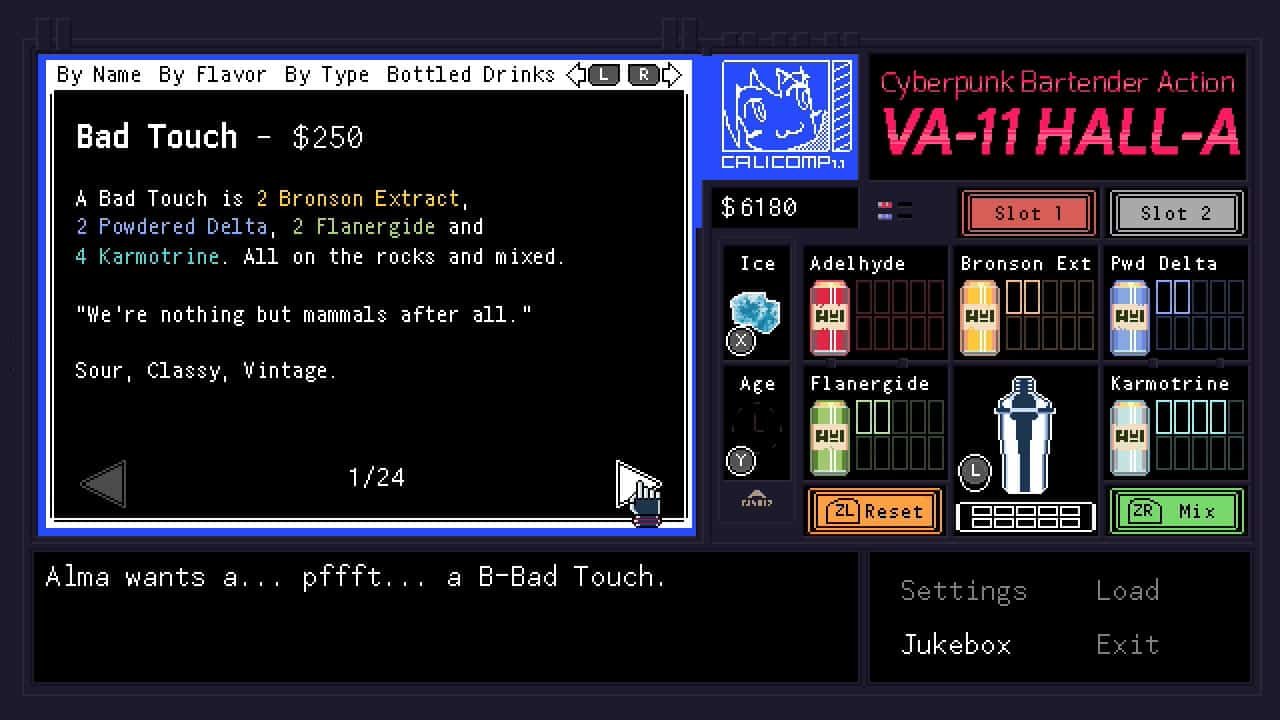 It’s easy to tell that VA-11 HALL-A was originally developed for PC through its user interface, which can take some getting used to. Switching between menus can be somewhat annoying without the convenience of a mouse but thankfully, menus can also be navigated with the Switch’s touchscreen. This makes the Switch’s handheld mode the optimal way to play. The console’s HD rumble feature also works to add a nice touch when making drinks. Once players adjust to VA-11 HALL-A’s control scheme, creating drinks is a rather simple task. VA-11 HALL-A offers a recipe list of every drink found in the game so players will know what needs to be added, whether they should be aged, mixed or blended. There’s no limit to how many times players can mess up when creating a drink and if a mistake is made, players can restart the order at the press of a button.

Now that VA-11 HALL-A is available for the Switch, anyone even slightly interested should pick it up. Its cyberpunk-meets-anime style is more than enough to make it stand out among the incoming crowd of visual novels being localized, while its bartending gameplay manages to create an interesting balance between keeping players involved while still only observing VA-11 HALL-A’s unique world.

This post first appeared on CGMagazine, please read the originial post: here
People also like
Canadian Online Casinos at its Best
Best Things to Do in Cadaques, Beautiful Town in Costa Brava
8 Signs You Should Avoid That Potential Employer
Mental Slot Review and Playtest (NoLimit City)
15 Back To School Lunch Hacks You Need