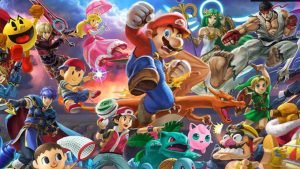 In just four months after its release, Super Smash Bros. Ultimate has become the third best-selling game on Switch and the current best-selling fighting game.

Nintendo’s updated Investor Relations report has revealed that Ultimate has sold an astounding 13.81 million units since its December 19th release, giving it the highest sales numbers of any fighting game ever. The only Switch games to sell more are Super Mario Odyssey with 14.44 million units sold and, rather surprisingly, Mario Kart 8 Deluxe with 16.69 million units sold. The Legend of Zelda: Breath of the Wild and Pokémon: Let’s Go round out the top 5 with 12.77 and 10.63 million units sold, respectfully.

Will smart glasses replace smartphone…
Follow-Up to “Don’t Be Stupid”
The Relationship Between NFTs And Cel…
Five things we learned as Man United …
Puffy Hair for Men: 8 Amazing Fluffy …

The previous record holder for the single best-selling fighting game was Super Smash Bros. Brawl, as it sold 13.3 million back during the days of the Wii. Super Smash Bros. for 3DS and for Wii U are an unusual case as the Wii U version sold 5.36 million and the 3DS version sold 9.49 million, totalling 14.85 million units across both platforms. Discounting that, Mortal Kombat X comes in third place with over 11 million copies sold. In spite of Capcom’s reputation as being the head of the fighting game industry, their highest selling fighter is Street Fighter 2 and its ports with 6.3 million units sold.
With the recent release of Version 3.0 and Persona 5’s Joker, Super Smash Bros. Ultimate is still going strong. We’re all waiting with bated breath to see what its continued support will bring.

The post Super Smash Bros. Ultimate Is The Third Best-Selling Game On Switch And The Best-Selling Fighting Game Of All Time appeared first on CGMagazine.