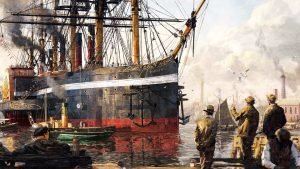 Everyone has, at some point in their life, entered into a relationship where they felt like they were putting more into it than their partner. This may have been a romantic relationship, a friendship, or even something much more familial. These sorts of things happen, and often they’re a waste of energy, but sometimes they end up being extremely fulfilling experiences. I think I may have that sort of relationship going on with Anno 1800.

So, Anno 1800 is the seventh iteration of Ubisoft’s popular city building simulator, rather than the 1800th, following the futuristic Anno 2205. The series has a weird obsession with its titles adding up to the number nine, which can make its lineage a bit confusing. Wonky titles aside, the series has been known for the depth of their numerous interwoven systems. On top of the normal tasks of laying down roads and homes to fuel local businesses, Anno also demands trade routes, diplomacy, warfare, morale management, and even an attractiveness rating for a given city. In other words, it’s a bit like someone got Civilization all over your City Skylines, which can be a little intimidating. 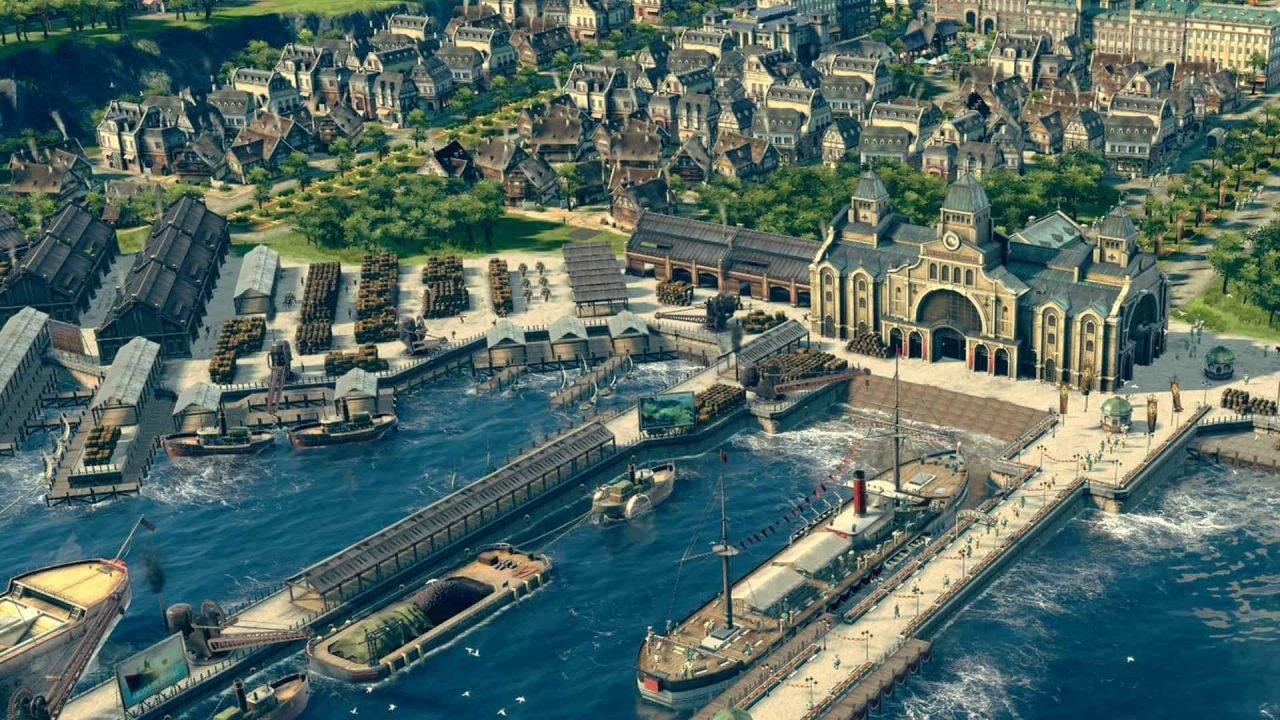 To make matters worse, Anno 1800 doesn’t seem to keen on telling players how to interact with all of these shiny systems. The single player campaign gives something in the way of a tutorial, but it really is barebones at best. To grapple with Anno 1800’s wealth of options new players will need to poke around everywhere and, often, plumb the annals of the internet to really understand the intricacies of just about anything. For instance, let’s say you wanted increase the morale of your farmers by providing them with delicious schnapps. Well, schnapps is made from potatoes so it stands to reason that you should build a potato farm and then a schnapps distillery to both make the raw material and a place to turn it into sweet sweet booze. The problem is that there is no list of buildings one of which reading potato farm and another reading schnapps distillery. What there is is a big schnapps button in the farmer tab that, when pressed, shows the production path needed to make schnapps as a big potato button and another big schnapps button. Press those and you can finally get those farmers liquored up enough to be happy, except that you’ll also need to build fields for your farm in order to grow your heart tubers, and it’s all in a different menu, one for that specific farm.

There are plenty of other examples of this type of thing, and the sad part is that I do actually really like that design. It’s elegant and makes sense once you start to approach Anno 1800 in the way that it wants you to think. I would have really just preferred to have a couple of sentences setting me in the right direction rather than me plodding around menu after menu while my uncle demands I repay him for a funeral I didn’t even ask him to fund in the first place. 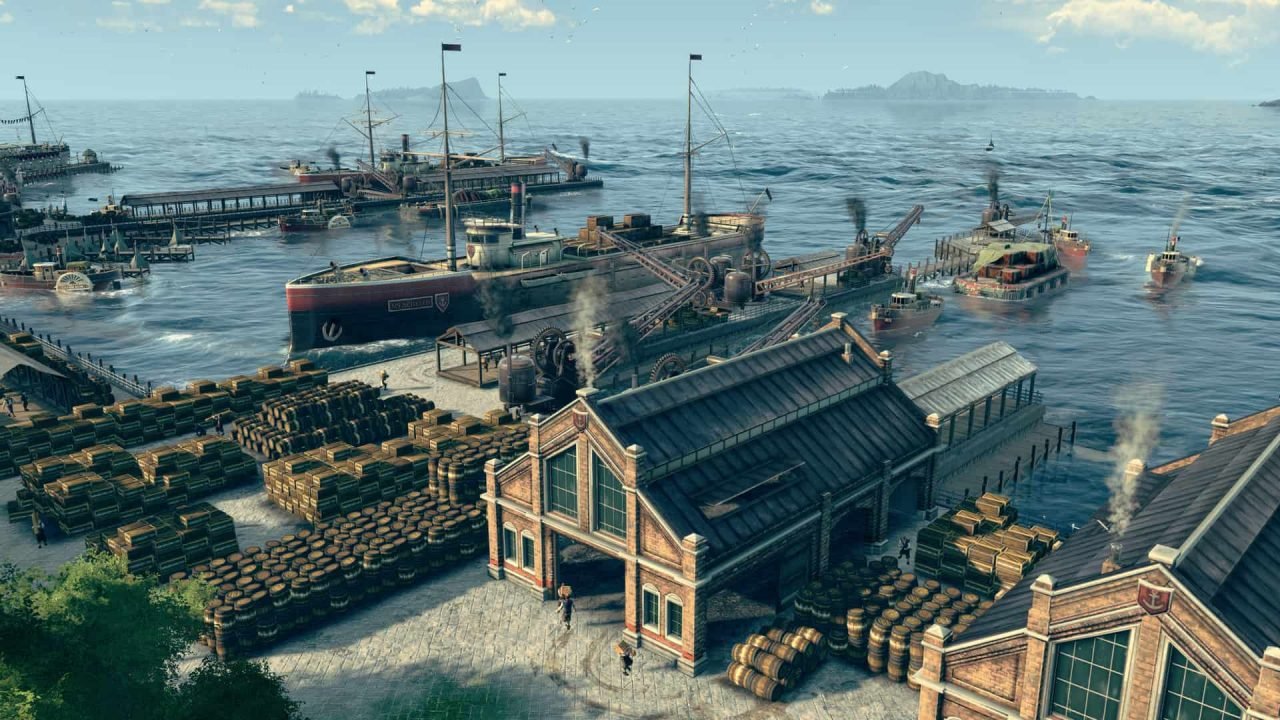 Once you get cooking, there are plenty of tools to help you out. You can essentially copy and paste blocks of your cities to recreate efficient districts that work well for you, and, if funds are tight, you can even plot out your overall design in the new blueprint mode that will automatically build once the resources are available. It really is nice to see a barren patch of land turn into a looming industrial monstrosity of production and profit.

Other than all of that, the game is gorgeous. A zoomed out view shows off your city it all of its splendor that bursts into life with bustling markets and people going about their day as you zoom in. The soundtrack is nice and largely pretty mellow, something I enjoy in a city building game. Also, there are a few game options for how you decide to go about your play. A campaign if you want the story, which is nice enough though nothing groundbreaking, sandbox if you just want to do your own thing, and multiplayer for when you feel that your city management skills are better than anyone else’s. 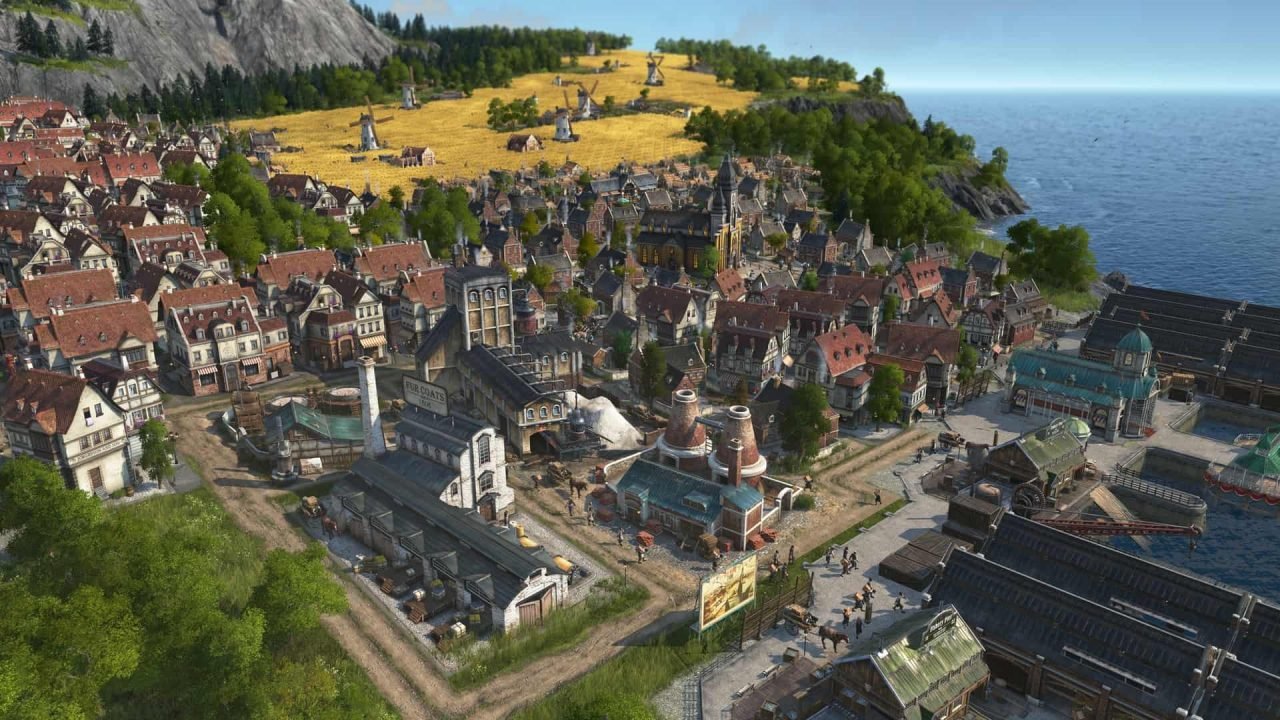 Overall, I really do enjoy Anno 1800. It has the kind of depth that I really enjoy in a game like this and the visuals are just icing on an already velvety cake. It’s just a shame that it feels like the preferred way to learn the game is to have played it before.