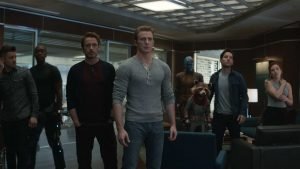 ‘Avengers: Endgame’ has made movie history by shattering many cinematic records, not the least of them is its astounding global debut of $1,209.0 million on its opening weekend. It reached the billion-dollar threshold in just five days, more than twice as fast as its predecessor ‘Avengers: Infinity War’, which held the previous record at 11 days. Domestically, it made approximately $350M, which not only outstrips the opening weekends of all three prior ‘Avengers’ films (not to mention outdoing its predecessor ‘Infinity War’ by almost $100M) but also surpasses ‘Star Wars’ episodes 7 and 8 by over $100M! At this point, it’s looking like ‘Endgame’ is in the running to beat out James Cameron’s ‘Avatar’ and its standing worldwide gross record of $2,777,223,601. We’ll have to keep an eye on this film and where it goes in the future.

‘Endgame’ was not the only film to see box office success in early 2019. The Kevin Kölsch and Dennis Widmyer-directed remake of Stephen King’s classic ‘Pet Sematary’ has just surpassed $100M globally on its $20M budget. This is quite impressive for the recent horror flick and puts it ahead of some of its prominent peers, such as the 2013 ‘Evil Dead’ and the 2007 ‘Halloween’.

‘The Curse of La Llorona’, the latest film in the ‘Conjuring’ franchise, opened strong last weekend. Now, it’s managed to surpass $75M (on its way to 86.9M) worldwide in just its second week. Directed by series newcomer Michael Chaves with a budget of only $9M, he will be joining ‘The Conjuring 3’ as its director as well.

Finally, the March horror hit ‘Us’ has reached nearly $250M, a big step up from its $20M budget. It’s about $6M short of the worldwide gross of its spiritual predecessor ‘Get Out’, and it seems poised to make that up in the coming months.

With 2019 only getting started, and the summer blockbuster season just around the corner, it will be exciting to see if this trend holds moving forward with upcoming films such as ‘Detective Pikachu’, and ‘Spider-Man: Far From Home’. Stay tuned to CGMagazine for all the latest news and reviews on Genre Cinema.