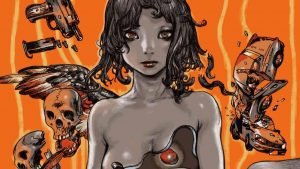 A synopsis has been released for cult film director Takashi Miike’s upcoming ‘First Love’, which will be releasing at the Cannes Directors’ Fortnight.

Set during one night in Tokyo, the film will follow Leo, a young boxer down on his luck as he meets his ‘first love’ Monica, a call girl and drug addict but still an innocent. What Leo doesn’t know is that Monica has been unwittingly caught up in a drug-smuggling scheme, and the two are pursued through the night by a corrupt cop, a yakuza, his nemesis, and a female assassin sent by the Chinese Triads. According to the production, all their fates intertwine in “spectacular Miike style, at his most and fun and anarchic.”

Oscar-winning producer Jeremy Thomas, Muneyuki Kii, and Misako Saka are the directors, and many of Miike’s regular colleagues join in as well, including writer Miyabi Nakamura (‘The Bird People In China’), composer Koji Endo (‘13 Assassins’) and cinematographer Nobuyasu Kita (‘Blade Of The Immortal’).

‘First Love’ will begin its sales through HanWay Films at the Cannes Directors’ Fortnight, running from May 15th to May 25th.