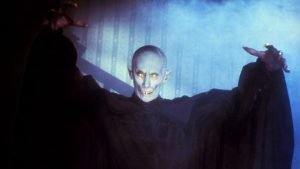 The novel was King’s second to be published, written in 1975. It follows a writer who returns to his hometown of Jerusalem’s Lot, only to discover that the place is overrun by vampires. This was also King’s first book to top the New York Times Bestseller list. In 1979, Tobe Hooper directed a ‘Salem’s Lot’ TV miniseries, while a second miniseries directed by Mikael Salomon was released in 2004.

Gary Dauberman is a prominent name in horror these days. He is linked to Wan through his work on ‘Annabelle’ and ‘The Nun’, and to King himself as the screenwriter of Andy Muschiettie’s ‘IT’ and ‘IT: Chapter Two’. Dauberman will also be executive producing. Wan recently directed the internationally successful ‘Aquaman’, and the two mainline ‘The Conjuring’ films with New Line Cinema.

‘Salem’s Lot’ has not begun filming yet, and further details are forthcoming.