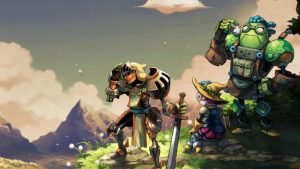 Since 2010’s SteamWorld Tower Defense, Image and Form’s SteamWorld franchise has gone through a number of different genres, Quest being a spiritual successor to Heist’s turn-based format. The trailer shows off the game’s gorgeous hand-drawn visuals and card-based combat, following a team of mechanical adventurers on their journey through a fantasy land.

SteamWorld Quest: Hand of Gilgamech will be coming out on Nintendo Switch this Thursday, April 25th, with more platforms to be announced at a later date.