Resident Evil 0, 1 and 4 Creeping their Way Onto the Nintendo Switch 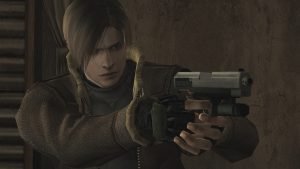 Nintendo Switch owners, prepare to get scared all over again on May 21st as Resident Evil is finally arriving on Nintendo’s latest platform, bringing with it the three highest rated games in horror gaming history.

Dreaming About Bathing. What Does It …
Sexy Games for Married Couples
Looks like the correction is over… bo…
Top 10 Air Fryers - Tips to Help You …
Batman vs The Predator I An fine exam…

This isn’t Capcom’s first attempt of diving heads first into the Nintendo Switch platform with its Resident Evil franchise, as earlier last year the company released a Japan exclusive cloud version of Resident Evil 7, a take on the series that due to a multitude of technical issues just never took off.

Resident Evil spinoffs have also already made their way onto Nintendo’s hybrid console however, coming in the form of Resident Evil Revelations 1 and Revelations 2. Keeping most of the graphical quality intact from its other console counterparts, this port properly demonstrated Capcom’s ability to port successful titles to the Nintendo Switch.

With this Resident Evil trio however, Capcom is taking a more laid back approach, simply porting their original gamecube releases, much like the original versions of Final Fantasy 7 and 9 were ported directly from their original versions onto the Nintendo Switch. While this may not lead to jaw-dropping visuals, the less complex effects and simpler controls may lead for their Nintendo Switch versions to become the definitive way to experience these horror classics.

Little is known about a physical release, let alone pricing, but nevertheless Capcom has already confirmed that all three titles will be available for download on the Nintendo eShop when May 21st finally approaches.

The post Resident Evil 0, 1 and 4 Creeping their Way Onto the Nintendo Switch appeared first on CGMagazine.

Resident Evil 0, 1 and 4 Creeping their Way Onto the Nintendo Switch