Huge Crossover Event is Out Now in Monster Hunter: World 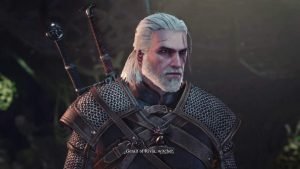 Capcom is on a roll with their newest installment in the Monster Hunter series, Monster Hunter Worlds, with the game already nearing 12 million total sales since its release in early 2018.

To build on their already impressive title, Capcom has partnered with Polish game developer CD Projekt Red to release a limited time crossover event featuring The Witcher’s own Geralt of Rivia. This hasn’t been Geralt’s first third-party appearance in 2018 either, with the character being included in Bandai Namco’s SSoulcalibur VI.

Once hitting Rank 16 in Monster Hunter, players will be able to complete Geralt’s own personal quest titled “Contract: Trouble in the Ancient Forest”, which follows the White Wolf as he searches for the mysterious creature known as the Leshen. Players will have access to all of Geralt’s weaponry including his silver sword and a host of magical abilities. Furthermore, CD Projekt Red says that fans can look forward to the hallmark branching storylines from the Witcher games that are altered through character choice and interaction.

The action doesn’t stop there though, because come February 15th, gamers at Rank 50 and above will have access to an “extremely challenging multiplayer event, which will pit them against a much deadlier form of the Leshen”. The quest is called “Contract: Woodland Spirit” and will be available until March 1st at 00:59 AM CET.

Completing each quest grants players access to a host of The Witcher 3 themed items including brand new skins, weapons, items, gestures and more.

You can play Capcom’s Monster Hunter World and CD Projekt Red’s The Witcher 3: Wild Hunt on PS4, Xbox One and PC.

The post Huge Crossover Event is Out Now in Monster Hunter: World appeared first on CGMagazine.

Huge Crossover Event is Out Now in Monster Hunter: World