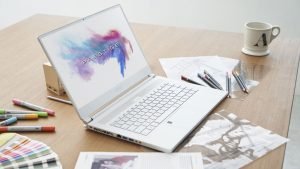 MSI has been making some impressive moves in the Laptop space. The MSI G65 Stealth was one of my personal favourite laptops of the last few years, offering users power and style that was something I had grown to expect from Razer and Apple, but not from MSI. Once again MSI has proven themselves with the MSI P65 Creator 8RE, A laptop from their line of products built for creators, and it is stunning, exudes class, and comes out as a flat our winner for the company.

While MSI is known for the black and red aesthetic seen on any of their gaming products, the P65 Creator 8RE tones that down in favour of an executive look throughout. This is a laptop that will not stand out in the boardroom, as the subtle silver look gives the full package a level of elegance not normally seen on a laptop with this level of power and performance. 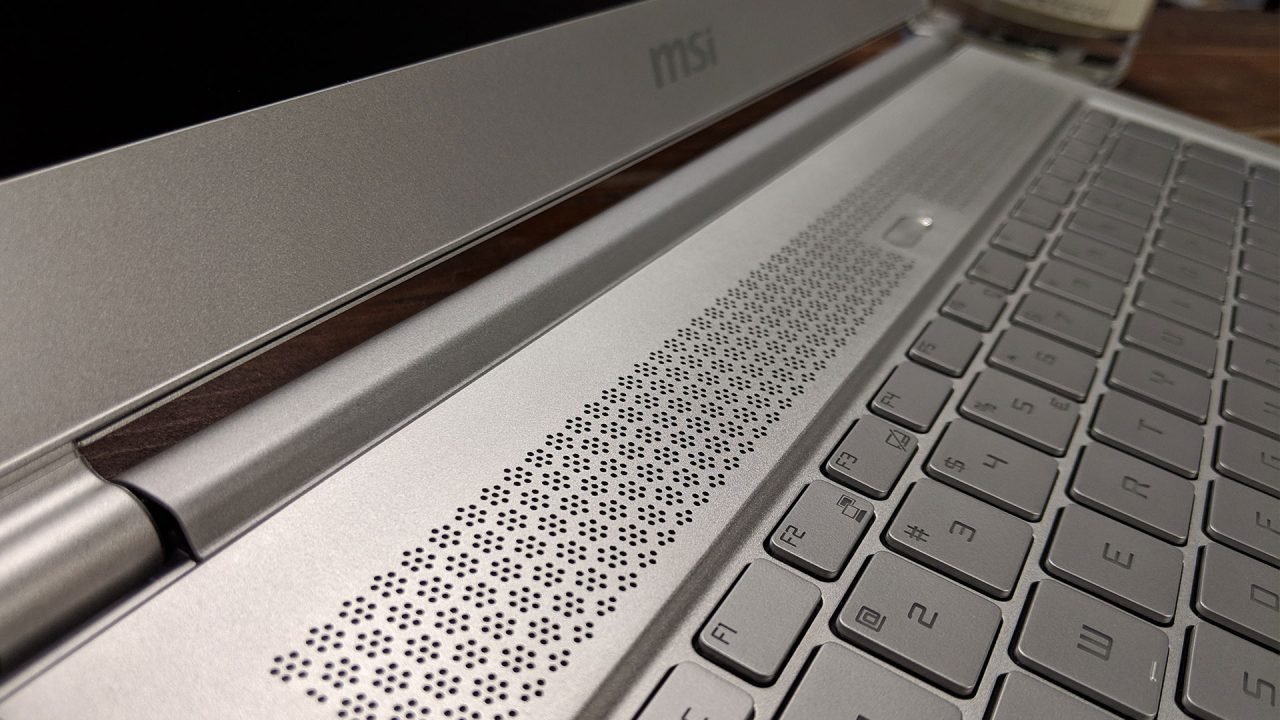 Now while the P65 Creator 8RE is thinner and lighter than many laptops with this level of power, I would not call it an ultrabook by any stretch. Weighing in at around 1.8 kilograms and at a size of 357.7 mm x 247.7 mm x 17.9 mm, you will need strong shoulders to carry this around a convention centre or on long trips. But on the trip to and from the office, the P65 is more than compact enough.

The size of the P65 allows for MSI to give ample room for typing, and the keyboard was one of the better ones we had used in the past year. The keys have plenty of travel, with each strike giving the right level of feedback. Even the backlight worked better than expected, giving ample light to type even in darker settings such as an auditorium or lecture hall.

For testing, we threw all our typical work and play load at the P65, and for the most part it did not skip a beat. The Nvidia 1060 managed to play the latest games with ease, and at the native 1080p resolution everything ran smoothly, with most games running well above 60FPS. In our Adobe tests, the screen managed a level of colour accuracy that was better than many options in the same price range, the neat 100 per cent sRGB level was a great addition, and it means anyone who uses their laptop for photography or artwork will feel they don’t have to make compromises to work on the go.

Audio and Video work with the P65 was also well above the competition. While doing video editing or simply testing videos for the magazine, everything looked and sounded crisp, clear, and loud. The audio had a rich sound I did not expect from a laptop, making it a great media machine. While I have heard better in the past, the P65 sits in the top five laptops for audio I have tested, and that is no small achievement.

After using the P65 for about two weeks, I found very little I did not like, but there were a few little issues I felt were odd choices on the part of MSI even after getting used to the laptop. First and foremost—for me at least—is the trackpad. I normally use my laptops with a mouse attached, but when I don’t, I need a trackpad that can not only keep up, but avoid being a chore to use. The P65 has a touchpad that just did not live up to the quality of the rest of the unit. While it was not bad, it simply felt awkward to use. The tracking was nowhere near what I have grown to expect from laptops of this level. If you rely on a trackpad for most of your work, consider this before purchasing.

The second—and much less important—issue in my mind rests with the screen. As mentioned, it is a good screen with great colour reproduction that looks great while gaming. The issue I have is that, with a creative type laptop, why did MSI not increase the resolution to at least 2K? It simply gives more screen space for design, gaming, or any level of media work. Also in the days of Windows 10, the lack of any touch or pen support is an odd move—not a deal breaker, but strange when looking at the other laptops in the same price range. 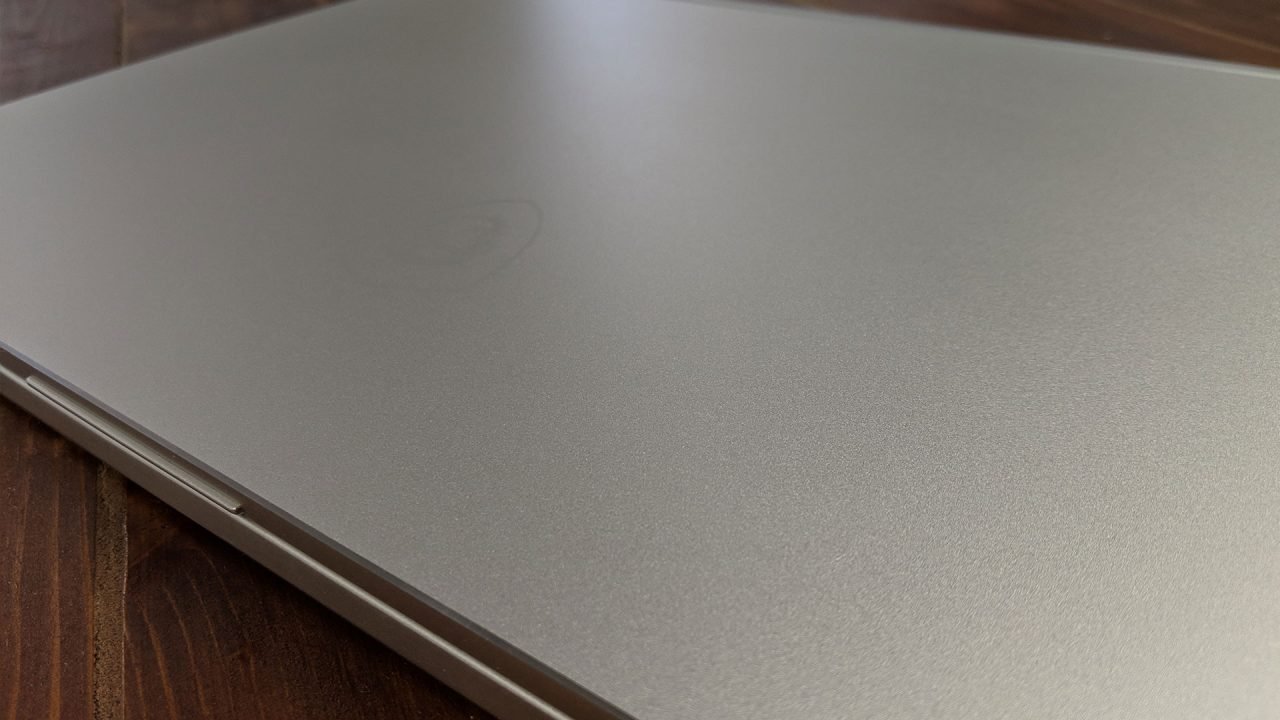 Nitpicks aside, the MSI P65 Creator 8RE is a fantastic machine. It offers a level of class, power, and quality that you normally do not see in this price range. The power to do almost any task while maintaining a look that will turn heads was a great move on the part of MSI. While there were a few issues I came across while using the laptop, the good far outweighed the bad, and as long as you can get beyond minor annoyances, the P65 Creator 8RE knocks it out of the park. I am excited to see how MSI improves on the formula moving into 2019.