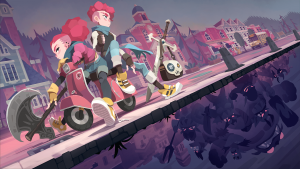 PAX South 2019 is a great place to be if you’re a fan of indie games. Compared to other PAX’s, Pax South always takes place at a time of year when larger publishers are looking ahead to E3 and PAX East to debut or showcase their latest offerings. That gives smaller developers a chance to take center stage, and this year, they delivered in spades.

PAX South’s smaller size meant I had the opportunity to cross the show floor multiple times and check out a ton of upcoming games. There were plenty that has stuck with me, and while they run a gamut of genres, they are all worth checking out. 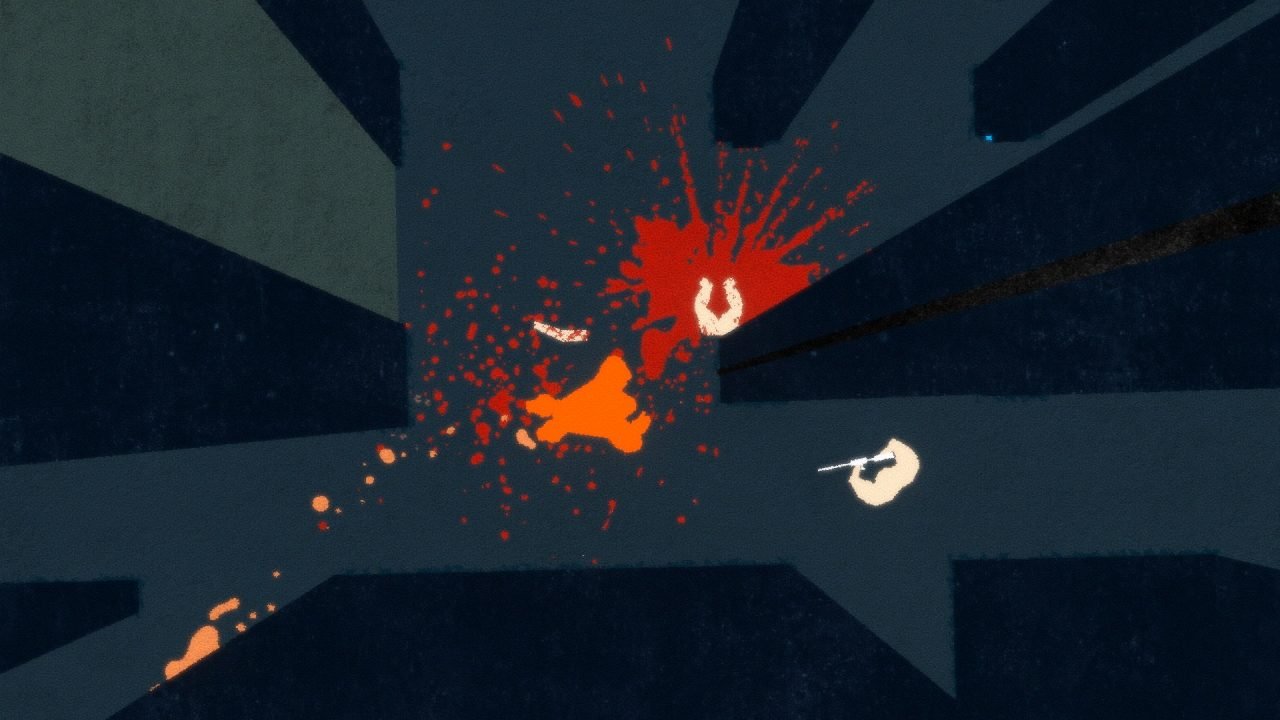 I must have been living under a rock for the past couple of years because I had not heard of this spectacular jazz-fueled gorilla escape simulator till I sat down and played it at Devolver Digital’s booth. I only wish that I was informed of its existence earlier, as Ape Out is exactly my cup of tea.

You play as an ape escaping confinement, punching through guards in an explosively violent and stylish manner. It’s darkly comedic, with the chaotic jazz soundtrack and colourful visuals highlighting the frantic nature of your escape. For example, punching a guard out a skyscraper window lets you see a tiny little dot fall to the ground before splatting into a bright red circle. It’s ridiculous, and the speed at which you come back after failure makes for a fast-paced and replayable game that I can’t wait to play in full. 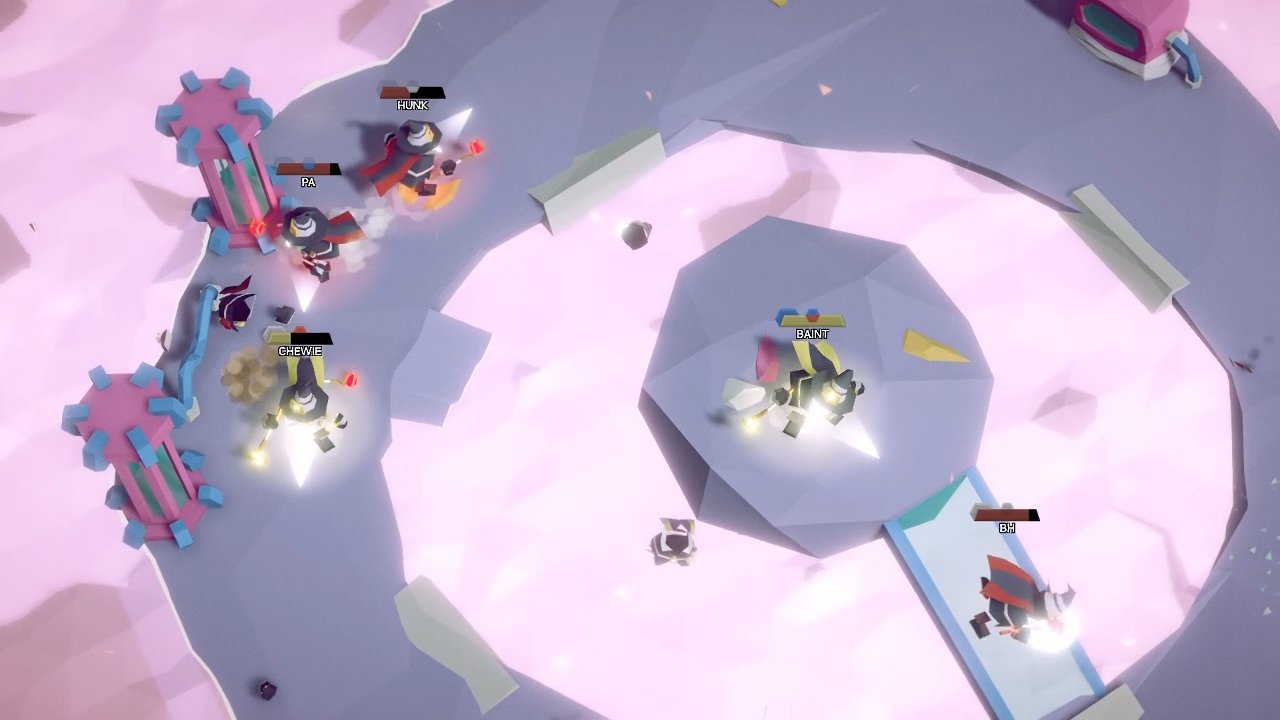 You know those games where you can grab a controller and in less than five minutes perfectly feel right at home? Mage Quit is just like that.

Developed by brothers Brett and Chad Pennings, Mage Quit is a multiplayer arena game where you play as a wizard competing in either team-based or free-for-all magic battles. Up to ten people can play at a given time, and at PAX South that feature was used to great advantage to showcase just how chaotic yet controlled the game is. As each round passes, you earn an additional spell, allowing you to slowly learn and practice the game’s controls without being thrown into the deep end. Different elemental powers create different effects, and the result is easily the best multiplayer game on the show floor. Even if you don’t have nine other friends to play with, Mage Quit is absolutely worth your time. 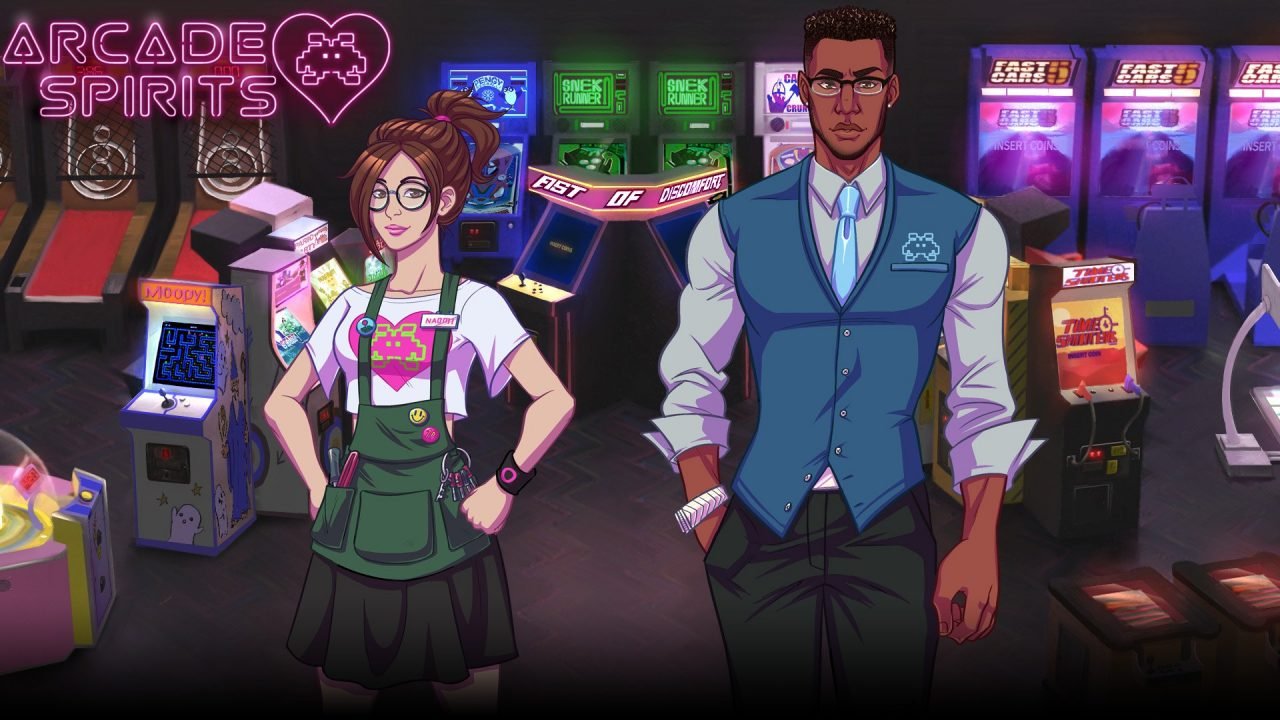 A good romantic visual novel lives or dies by the strength of its cast of potential partners. Fortunately, Arcade Spirits has that in spades judging by my brief time with it.

Set in a world where the 1983 video game crash never happened, you work in an arcade complex sometime in the future where you interact with fellow coworkers and patrons, each of whom is dateable with their own storylines to follow. My personal favourite is Queen Bee, who finally let me live out a lifelong dream of talking back to a horrible customer who wouldn’t take no for an answer. OK, that’s a pretty common dream for those of us who worked in customer service, but I was genuinely impressed by the game’s writing and it’s art. Arcade Spirits is set to launch shortly before Valentine’s Day on February 12th, and in case there’s not enough romance in your life, this will definitely be able to fill in that hole for a little while. 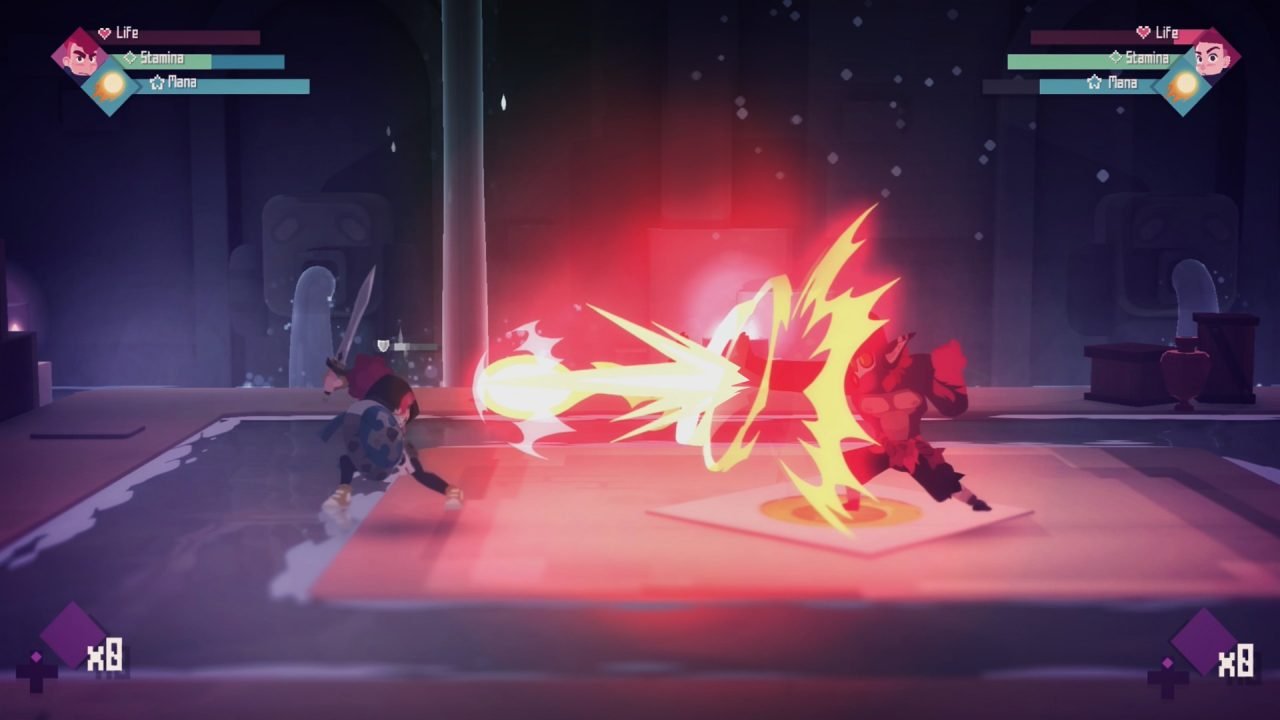 Young Souls instantly attracted eyeballs to it when it debuted last year, and with its gorgeous visual style, it’s hard not to see why. I finally managed to play the demo for Young Souls at PAX South, and let me tell you, it lives up to the hype.

You play as Jenn and Tristan, two siblings who uncover a fast underground world that is teeming with goblins seeking to invade topside. You’ll delve into dungeons with drop-in/drop-out co-op, using a ton of weapons and armour sets to take baddies down. It’s still early in development, and there was plenty of lag in the build I played, but its still a very fun yet challenging action game. Working alongside my co-op partner is the way to go, and you set off some very entertaining combos if you can synchronize your attacks with each other. Coupled with the crisp aesthetic, and I can’t wait to see just what Young Souls has in store later this year. 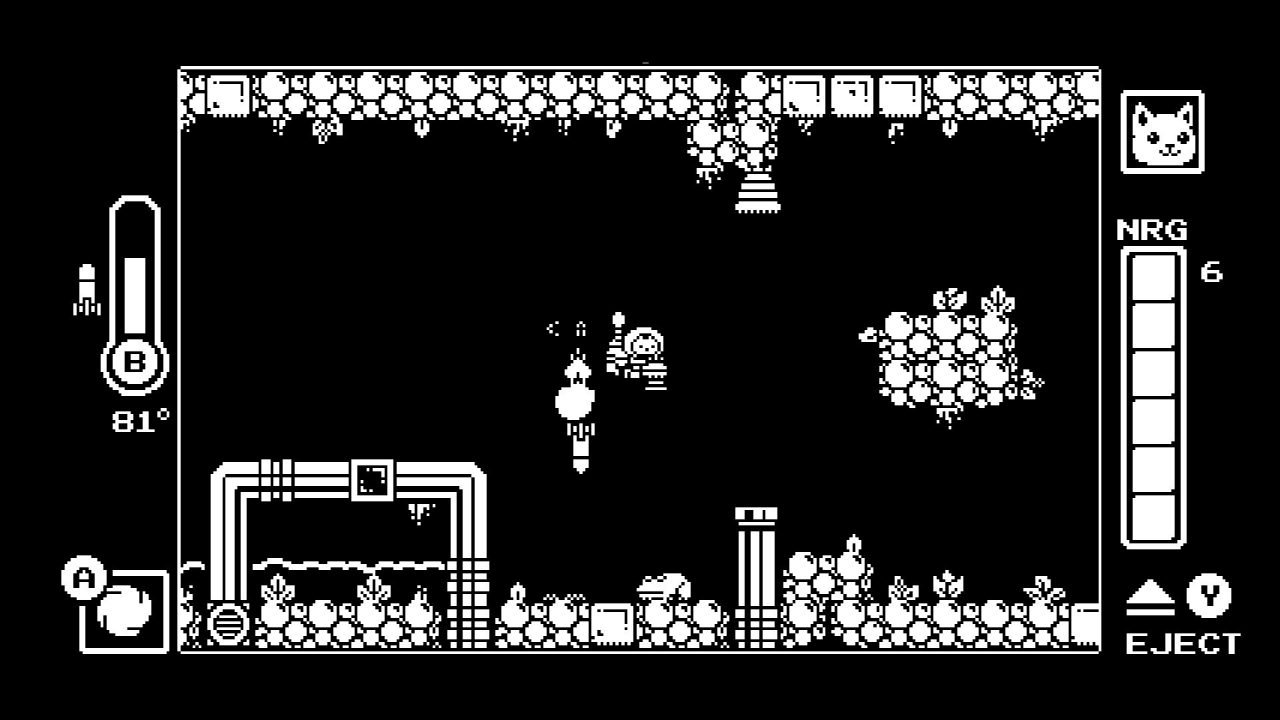 Honestly, Devolver Digital stole the show at PAX South with an impressive suite of games on display across a variety of genres. And if you were on the lookout for a Metroidvania, Doinksoft’s Gato Roboto was the game you should be most excited for.

Simply put, Gato Roboto’s main character is a cat in a mech suit. That means stomping around and firing missiles at an assortment of beasties, including a mouse controlling their own jumping mech suit, and jumping out and exploring the world as a cat to unlock new areas and find hidden secrets. It’s cute, not only because it features a cat, and monochromatic visuals give it a clean identity that separates it from the pack. 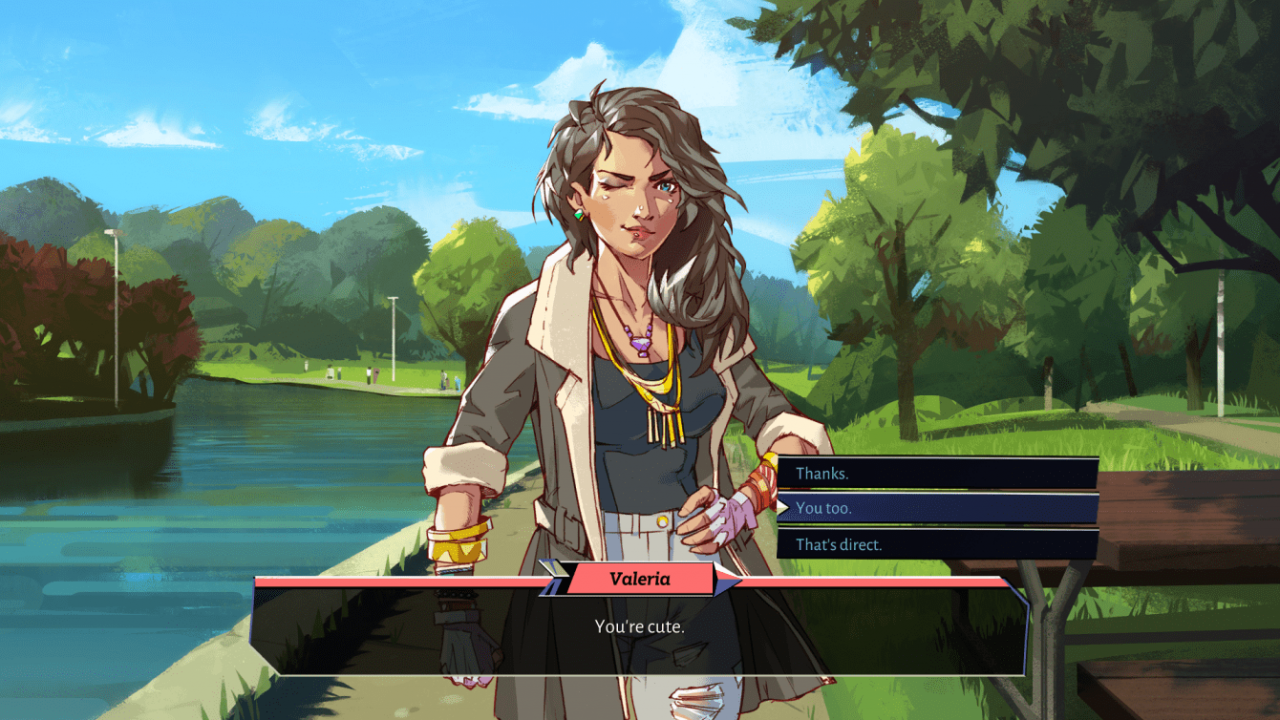 I’ve never replied to a PR email faster than the one asking me if I’d be interested in checking out Boyfriend Dungeon. HELL YES I AM INTERESTED.

In the world of Boyfriend Dungeon, some people can turn into weapons. You can both date those weapons, and use those weapons in a completely consensual and healthy way to defeat monsters in a dungeon beneath a local mall. Each weapon has different traits both in and out of combat, and romancing them is the best way to improve their effectiveness and unlock their hidden potential. Yes, I would very much like to take my dagger to a walk in the park, thanks.

Boyfriend Dungeon is weird in the best way possible, and it’s the kind of game we should all be paying attention to in the months ahead. 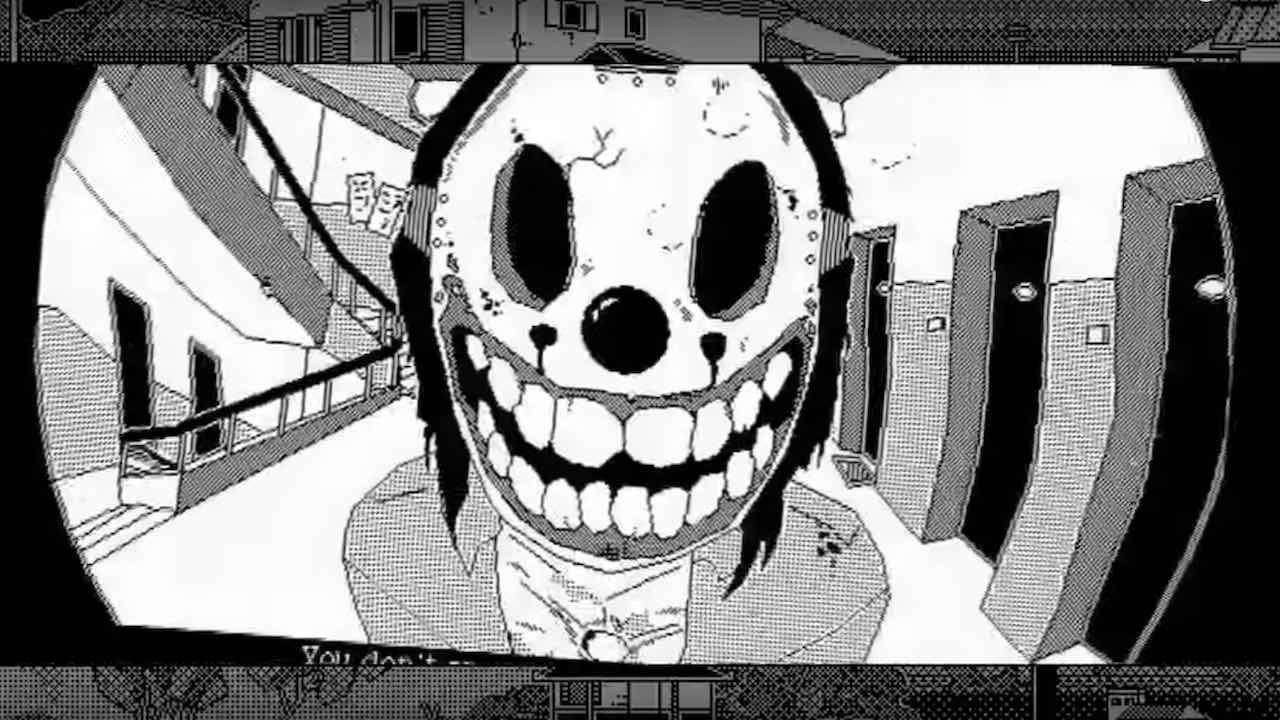 Combine roguelikes, the works of Japanese horror manga artist Junji Ito and old Apple II computer games and you get WORLD OF HORROR, a completely crazy and haunting game that needs to come out now.You pick one of five characters who is seeking to stop the arrival of the old gods in a small Japanese seaside town. There are multiple scenarios to experience, each of which can change in both subtle and significant ways across multiple playthroughs. The art is terrifying, creating feelings of dread and unease that never stop building towards horrifying climaxes. I love Lovecraftian horror games, and while there has been a flood of similarly themed games in recent years, WORLD OF HORROR genuinely stands out.

The post The Best Indie Games at PAX South 2019 appeared first on CGMagazine.