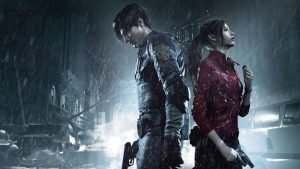 Resident Evil 2 lives to unsettle its players. It languishes in the sickening and macabre, bringing the disturbing into discomforting proximity. It closes in tight around them, making danger feel ever-present and always just over their shoulders. It’s a terrifying remake and re-imagination of the original that captures the spirit of being stalked by things that send our stomachs churning from fear and disgust.

Dreaming About Bathing. What Does It …
BEST TIMES IN THE YEAR TO RENT A CAR …
Batman vs The Predator I An fine exam…
Resolving The Reoccurring Discourse o…
Seal Shore campsite

Resident Evil 2 follows Leon Kennedy on a lousy first day at work, and Claire Redfield on an equally-lousy surprise family visit. Both will find themselves thrown into combat with deadly zombies and disturbing creatures, and all ever-so-close up.

Those nostalgic for the PSX original may be hesitant about the loss of the set camera angles (tank controls, not so much), but the over-the shoulder viewpoint makes for some excellent scares and solid third person shooter play. The controls are comfortable, with aiming, reloading, and weapon swapping feeling instantly familiar. This is good, as the various monstrous enemies all move erratically, forcing players to constantly move and adjust their aim, keeping them on edge. Don’t expect easy headshots without patience and a steady hand. 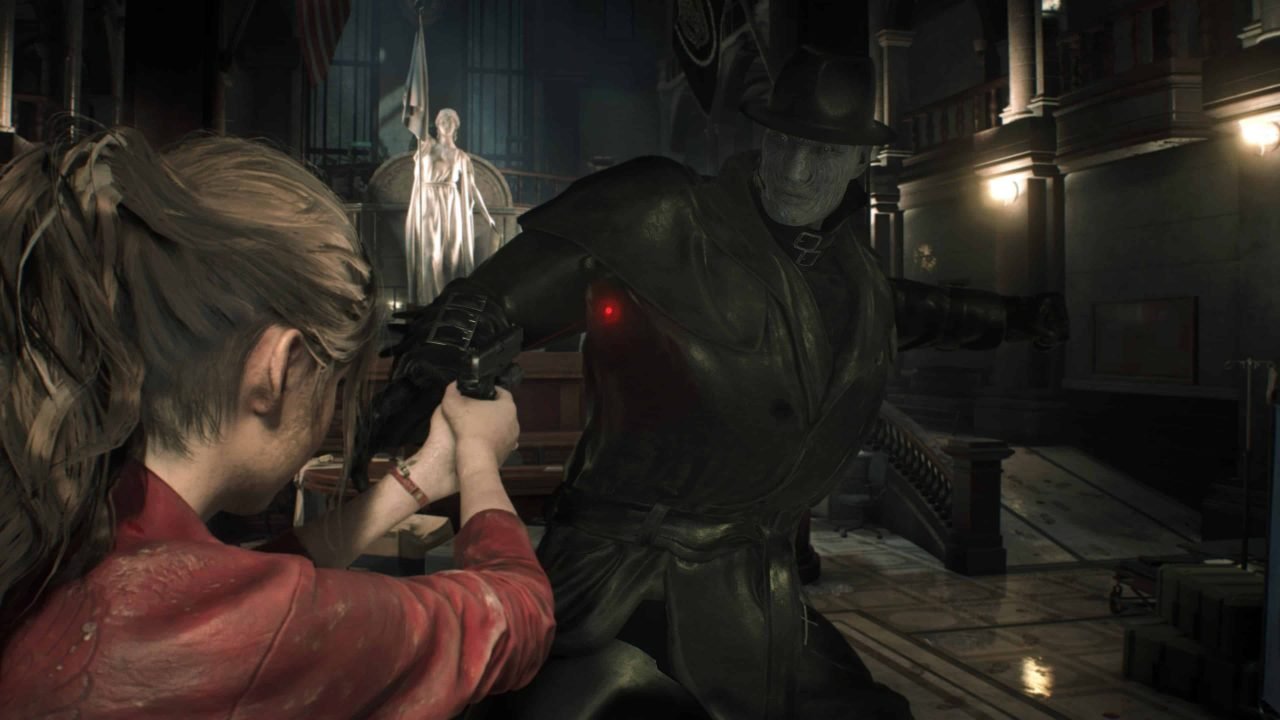 This unsteady movement loads each of Resident Evil 2’s encounter with dread. Enemies often have predictable weak points, but few of them move in ways that make it easy to take those shots. You often have to watch an enemy work its way toward you, closing the distance as you aim, breathe, and wait for your shot. You have to stare into their sickening features, or force your heartbeat to calm as lickers hop from wall to wall, leaping through the air at you. You can’t just give in to your fear and fire – you have to wait. And watch.

Watching takes full advantage of Resident Evil 2’s attention to sickening detail as well. Gruesome, gory zombies – gross enough to turn the stomach a bit for this reviewer – make for a difficult foe to watch. They are unsettling in motion, with flesh hanging off them or exposed brain matter dangling in the wind. Staring into them creates this interesting discomfort through their gross features, drawing upon a natural revulsion to letting them get close. You don’t want that thing near you, but you have to let it creep close to get that perfect shot. It creates a self-conflict within the player that not only makes the game more effective horror, but also tense in its combat.

The game’s halls feel built to draw upon this as well. Resident Evil 2’s rendition of the original’s police station looks gorgeous, drawing upon many familiar details that will delight fans of the older game. Just the same, walking through these halls in third person makers it feel like the walls are too close. There’s only just enough room for you to barely sneak past a zombie. The halls are tight and constricting, making your journey through them that much more tense as your ammo dwindles.

Oh yeah, those slow zombies? They move REAL quick when you get close. A lunge and a bite, with an extreme close-up of the zombie chowing down on your neck, comes each time they catch you. Maybe worse when one of the other creatures catches you. Again, it plays upon a sickening proximity to the things that unsettle, creating a revulsion that just makes you want to get away. 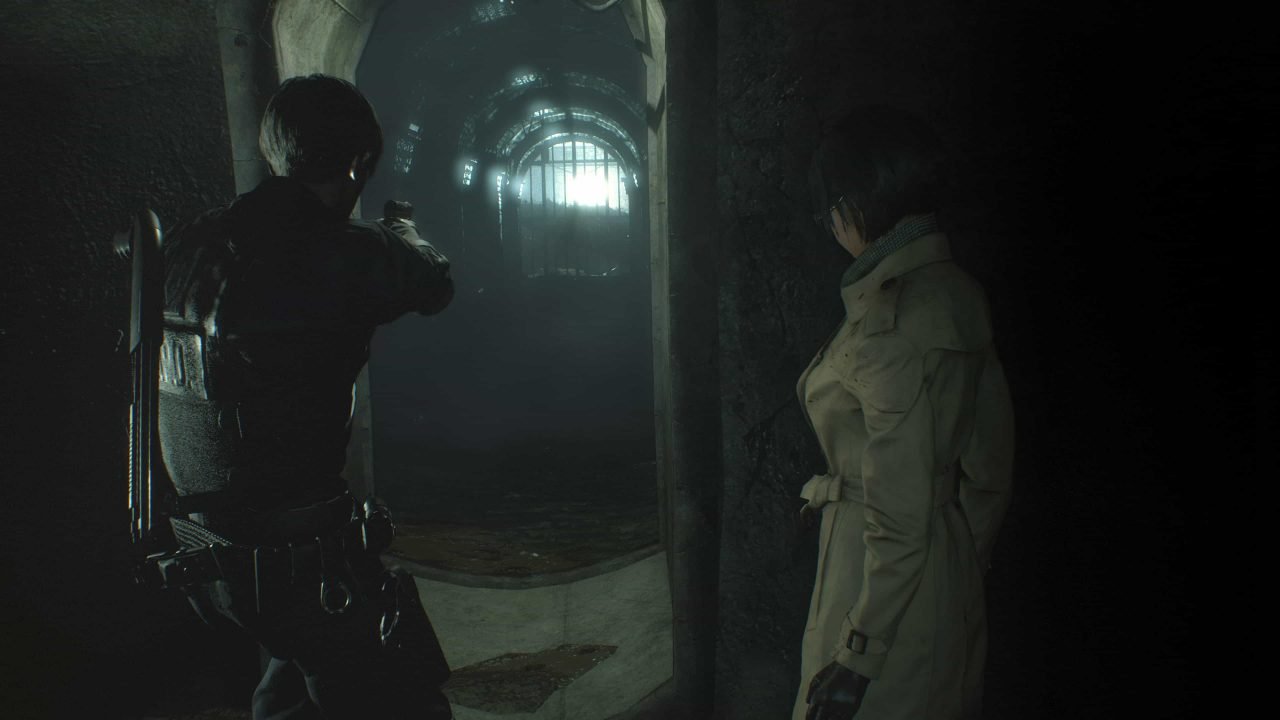 That might be the best plan, as the Resident 2 Remakecaptures that perfect ammo famine balance that made the original so tense. There is enough ammo to comfortably fight the enemies you run into so long as you don’t panic, ever. Which means, for most of us, there’s probably not enough ammo. You have to carefully manage your shots, which adds another layer of tension to combat. If you mess up, will you pay for this later? Should I run or fight? It sends the mind into a whirl as the player constantly struggles with how to fight.

Part of this tension used to lie with the limited saves a player could make in the original Resident Evil 2, though. You needed ink ribbons to save, but you are free to save whenever (and have autosaves as well) in this remake. It takes away some of that fear, but also curbs some of the annoyance players might feel from losing a ton of progress from being unable to save. It’s helpful in many ways, although some of that impact is lost from it.

The challenges of dealing with item carrying limits has been curbed as well. There are many ways to increase your carrying load, which lessens the amount of trips to item boxes to store junk, but also takes away the anxiety that came from choosing what you would bring with you. Do you bring healing in case of tough enemies? Leave the grenade launcher behind because your don’t THINK you’ll need it? These decisions aren’t as important in the remake, although no one is making you pick up the carrying upgrades. You can choose to make it harder, if you like. Who needs four fanny packs, anyway? 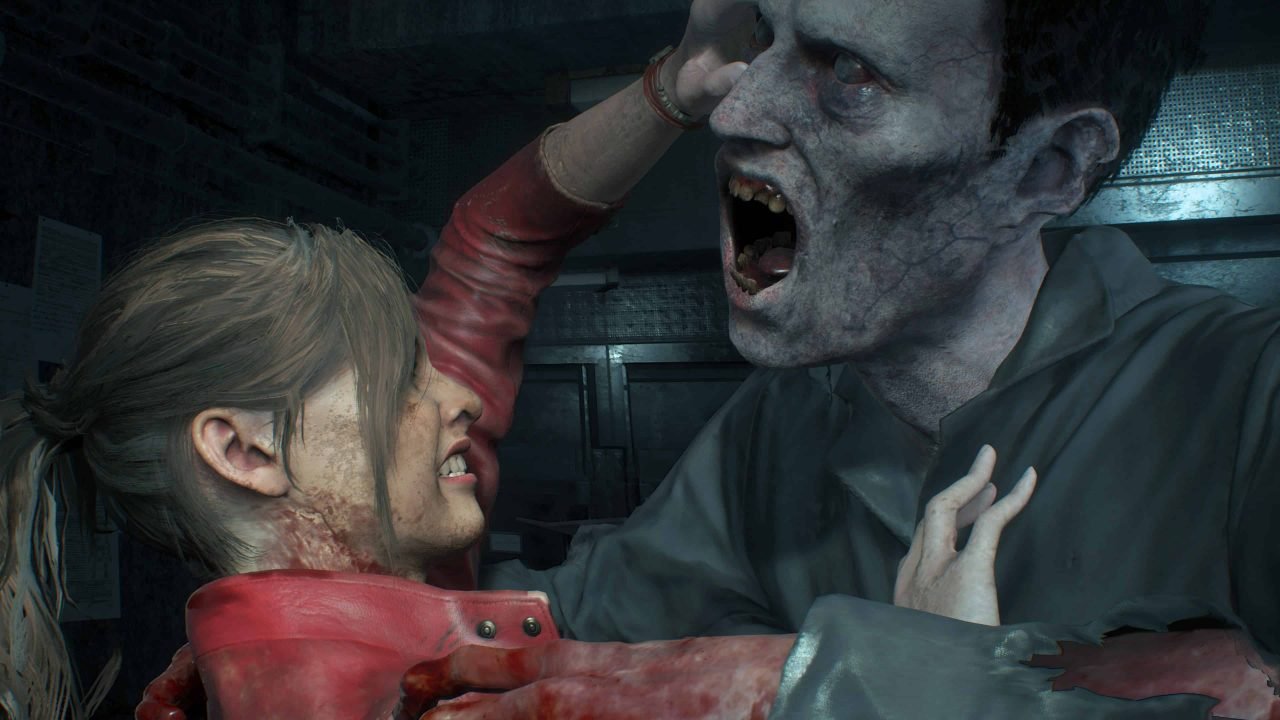 One noticeable difference is that Resident Evil 2 is far less campy than its predecessor. There was a certain goofiness to the dialogue and events that comes with the absurdities of the zombie outbreak, and that just isn’t present here. You may or may not miss this, but it’s a bit of a drag not to have those moments of unintended B-horror levity..

Resident Evil 2 excels at putting the player in close quarters with things that will upset and unsettle them. It’s fantastic in its every tense moment with zombies creeping ever-closer, your ammo draining with each missed shot. It does so while curbing some of the things that made it more frightening, but not so much that it lost that necessary fear in each encounter. The tension it creates is undeniable and unforgettable, and further shows Capcom has a firm grasp on what frightens us.