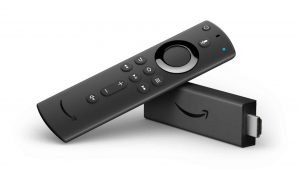 For the first time in Canada, Amazon’s Fire TV Stick and its Alexa Voice Remote are launching in one package.

The bundle, which is available for purchase today, retails for $49.99 CAD and will begin shipping on January 23rd. The Amazon Fire TV Stick is a plug and use device that can connect to any TV that has an HDMI port. As the name suggests, the device serves primarily as a streaming hub, complete with Netflix and Amazon Prime Video apps available to download. Altogether, the Amazon Fire TV Stick has over 4,000 apps from a variety of categories including music, movies and games.

Alexa is Amazon’s virtual assistant and was first used in the Amazon Echo and Amazon Echo Dot smart speakers. Since its launch, Amazon has sold over 100 million Alexa-integrated devices and the company currently has over 5,000 employees working on Alexa related products. Alexa is also available in a variety of languages, including English, German, French, Italian, Spanish, and Japanese.