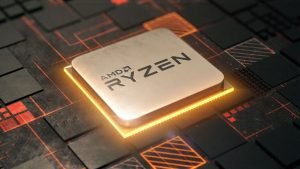 Today, during CES 2019, AMD’s president and CEO, Lisa Su, announced some exciting products for the new year in addition to some new benchmarks for upcoming processors .

“This is an incredible time to be in technology as the industry pushes the envelope on high-performance computing to solve the biggest challenges we face together,” said Su. “At AMD, we made big bets several years ago to accelerate the pace of innovation for high-performance computing, and 2019 will be an inflexion point for the industry as we bring these new products to market. From our 7nm Radeon

processors, it’s going to be an exciting year for AMD and the industry.”

Some of the more exciting announcements include the world’s first 7nm graphics card (GPU) under the Radeon brand in addition to brand new 2nd Generation AMD Ryzen powered mobile processors. CES attendees were also given access to AMD’s upcoming 7nm 3rd Gen desktop CPUs for the first time. A full breakdown of all the new products can be read down below.

First up, AMD announced the AMD Radeon VII, which is the world’s first 7nm gaming GPU, which promises to deliver high fidelity and exceptional framerates in the latest AAA releases, including support for VR right out of the box. The graphics processor is capable of delivering two times the memory and 2.1 times the bandwidth, with upwards of a 29% increase in gaming fidelity and a 36% increase in performance regarding content creation software when compared to AMD‘s Radeon RX Vega 64 range of GPUs. Consumers can expect HDR6 compatibility at 1080p, ultra-wide 1440p, and support for 4K and 8K on displays that allow for it. The graphics card is expected to be available beginning February 7, 2019.

AMD also took the opportunity to demonstrate their 3rd Gen Amd Ryzen CPU architecture, which is based on the Zen 2 x86 core. The new processors will support the PCIe 4.0 standard when available at retail. The live demonstration featured a pre-production 3rd Gen AMD Ryzen processor against an Intel Core i9-9900k, with the former performing at a 30% lower power than its competition. AMD plans on releasing their 3rd Gen Ryzen processors sometime in mid-2019.

Finally, AMD launched their second generation mobile processor with Radeon Vega Graphics. Delivering the world’s fastest processor for ultra-thin laptops, capable of rendering 4k video, HDR support that can last up to 12 hours under general use and 10 hours of video playback, respectively.

It should also be noted, that during the presentation, Su was accompanied by several big-name industry leaders, including Massive Entertainment’s Managing Director David Polfeldt, Fnatic Co-founder and Chairman, Sam Mathews and Microsoft’s Executive Vice President for the Xbox brand, Phil Spencer.

Amazing free tools to increase your organization, productivity, and communication