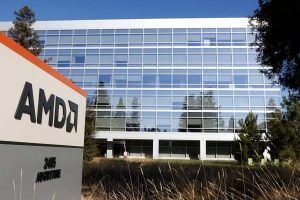 — Built to deliver best mobile computing experiences with unmatched feature sets, powerful compute performance, and battery life to get you through the day1,2 —

“Users expect mobile PCs that excel at both everyday tasks and compute-heavy experiences, and with our latest mobile processor portfolio AMD offers exactly that across all levels of the market,” said Saeid Moshkelani, senior vice president and general manager, Client Compute, AMD. “Notebook users want to experience the latest modern features while streaming, gaming, or finishing work faster. Enabling breakthrough entertainment experiences, AMD is pleased to enable a wide range of AMD powered notebooks than ever that deliver on those expectations with blazing fast performance, rich graphics, and long battery life.”

At CES 2019, Dr. Lisa Su, president and CEO, AMD is delivering a keynote address, scheduled for Wednesday, January 9 at 9:00 a.m. in the Venetian Palazzo Ballroom. Also, for all CES 2019 attendees, the latest AMD mobile portfolio and technologies are available for hands-on viewing at Club AMD located in the Venetian Expo Sands Titan 2303 – 2305 from January 8th to 11th. Visit www.amd.com/en/events/ces for more information.

Partner Quotes
“Working in partnership with AMD, we are excited to introduce a line of fast, responsive, reliable Chromebooks powered by AMD A-Series processors,” said Chris Chiang, vice president of product management, Acer Pan America. “The new Acer Chromebook 315 delivers great performance to let users do more with the growing selection of Android apps and Chrome extensions, thanks to award-winning Radeon graphics for a visually stunning experience and AMD processors that will tackle tasks quickly and reliably.”

“ASUS is dedicated to delivering the most innovative hardware for gamers of all levels,” said Vivian Lien, Head of Global Marketing for Gaming and Chief Marketing Officer at ASUS North America. “We’re excited to announce the new ASUS FX505 and 705DY TUF Gaming notebooks, the first laptops powered by AMD’s Ryzen 7 3750H and Ryzen 5 3550H processor and discrete Radeon RX560X graphics, suited for high performance gaming on the go. It’s a unique solution that delivers best-in-class gaming experiences for a wide variety of users.”

“We created Chromebooks to build better computing for everyone, and as Chromebooks continue to evolve, this goal remains the same,” said John Solomon, vice president of Chrome OS, Google. “By providing Chromebooks with AMD A-Series processors, customers will have an even broader choice of affordable Chromebooks for their everyday needs.”

“Chromebooks continue to be a rapidly growing market, where customers are looking for differentiated designs and amazing features to power their work and play,” said Kevin Frost, vice president, Consumer PCs, HP Inc. “With the new HP Chromebook 14, HP is excited to partner with AMD on the creation of the first AMD-powered Chrome OS device, providing excellent performance, an enriched entertainment experience, and the best of Google and Chrome OS to access millions of Android apps on Google Play filled with Android apps to do everything in a stylish PC.”

Cautionary Statement
This press release contains forward-looking statements concerning Advanced Micro Devices, Inc. (AMD) including the features, functionality, availability, timing, deployment, benefits and expectations of AMD future products and technologies, which are made pursuant to the Safe Harbor provisions of the Private Securities Litigation Reform Act of 1995. Forward-looking statements are commonly identified by words such as “would,” “intends,” “believes,” “expects,” “may,” “will,” “should,” “seeks,” “intends,” “plans,” “pro forma,” “estimates,” “anticipates,” or the negative of these words and phrases, other variations of these words and phrases or comparable terminology. Investors are cautioned that the forward-looking statements in this document are based on current beliefs, assumptions and expectations, speak only as of the date of this document and involve risks and uncertainties that could cause actual results to differ materially from current expectations. Such statements are subject to certain known and unknown risks and uncertainties, many of which are difficult to predict and generally beyond AMD’s control, that could cause actual results and other future events to differ materially from those expressed in, or implied or projected by, the forward-looking information and statements. Material factors that could cause actual results to differ materially from current expectations include, without limitation, the following: Intel Corporation’s dominance of the microprocessor market and its aggressive business practices may limit AMD’s ability to compete effectively; AMD has a wafer supply agreement with GF with obligations to purchase all of its microprocessor and APU product requirements, and a certain portion of its GPU product requirements, from GLOBALFOUNDRIES Inc. (GF) with limited exceptions. If GF is not able to satisfy AMD’s manufacturing requirements, its business could be adversely impacted; AMD relies on third parties to manufacture its products, and if they are unable to do so on a timely basis in sufficient quantities and using competitive technologies, AMD’s business could be materially adversely affected; failure to achieve expected manufacturing yields for AMD’s products could negatively impact its financial results; the success of AMD’s business is dependent upon its ability to introduce products on a timely basis with features and performance levels that provide value to its customers while supporting and coinciding with significant industry transitions; if AMD cannot generate sufficient revenue and operating cash flow or obtain external financing, it may face a cash shortfall and be unable to make all of its planned investments in research and development or other strategic investments; the loss of a significant customer may have a material adverse effect on AMD; AMD’s receipt of revenue from its semi-custom SoC products is dependent upon its technology being designed into third-party products and the success of those products; AMD products may be subject to security vulnerabilities that could have a material adverse effect on AMD; data breaches and cyber-attacks could compromise AMD’s intellectual property or other sensitive information, be costly to remediate and cause significant damage to its business and reputation; AMD’s operating results are subject to quarterly and seasonal sales patterns; global economic uncertainty may adversely impact AMD’s business and operating results; AMD may not be able to generate sufficient cash to service its debt obligations or meet its working capital requirements; AMD has a large amount of indebtedness which could adversely affect its financial position and prevent it from implementing its strategy or fulfilling its contractual obligations; the agreements governing AMD’s notes and the Secured Revolving Line of Credit impose restrictions on AMD that may adversely affect its ability to operate its business; the markets in which AMD’s products are sold are highly competitive; AMD’s issuance to West Coast Hitech L.P. (WCH) of warrants to purchase 75 million shares of its common stock, if and when exercised, will dilute the ownership interests of its existing stockholders, and the conversion of the 2.125% Convertible Senior Notes due 2026 may dilute the ownership interest of its existing stockholders, or may otherwise depress the price of its common stock; uncertainties involving the ordering and shipment of AMD’s products could materially adversely affect it; the demand for AMD’s products depends in part on the market conditions in the industries into which they are sold. Fluctuations in demand for AMD’s products or a market decline in any of these industries could have a material adverse effect on its results of operations; AMD’s ability to design and introduce new products in a timely manner is dependent upon third-party intellectual property; AMD depends on third-party companies for the design, manufacture and supply of motherboards, software and other computer platform components to support its business; if AMD loses Microsoft Corporation’s support for its products or other software vendors do not design and develop software to run on AMD’s products, its ability to sell its products could be materially adversely affected; and AMD’s reliance on third-party distributors and AIB partners subjects it to certain risks.  Investors are urged to review in detail the risks and uncertainties in AMD’s Securities and Exchange Commission filings, including but not limited to AMD’s Quarterly Report on Form 10-Q for the quarter ended September 29, 2018.

About AMD
For more than 45 years AMD has driven innovation in high-performance computing, graphics and visualization technologies ― the building blocks for gaming, immersive platforms and the datacenter. Hundreds of millions of consumers, leading Fortune 500 businesses and cutting-edge scientific research facilities around the world rely on AMD technology daily to improve how they live, work and play. AMD employees around the world are focused on building great products that push the boundaries of what is possible. For more information about how AMD is enabling today and inspiring tomorrow, visit the AMD (NASDAQ: AMD) website, blog, Facebook and Twitter pages.

AMD, the AMD Arrow logo, Ryzen, Radeon, Athlon, A-Series and combinations thereof, are trademarks of Advanced Micro Devices, Inc. Other names are for informational purposes only and may be trademarks of their respective owners.