There’s a lot to like about this PE/Bedrock 1.12 seed. The game spawn point is at the intersection of a forest, desert and badlands with a river running through it. In one direction there’s a bonus: a Savanna Village and a ravine with an abandoned mineshaft.

You’ll spot the Village easy enough. It’s at the tip of badlands biome. When you get to it, orient yourself so you’ll continuing to head away from it. Take a look at the screenshots below to get an idea of where you’re headed. The ravine is where the savanna biome meets a desert biome. Take a look down and you’ll clearly see the remnants of the mineshaft which has been hacked in half by the ravine. 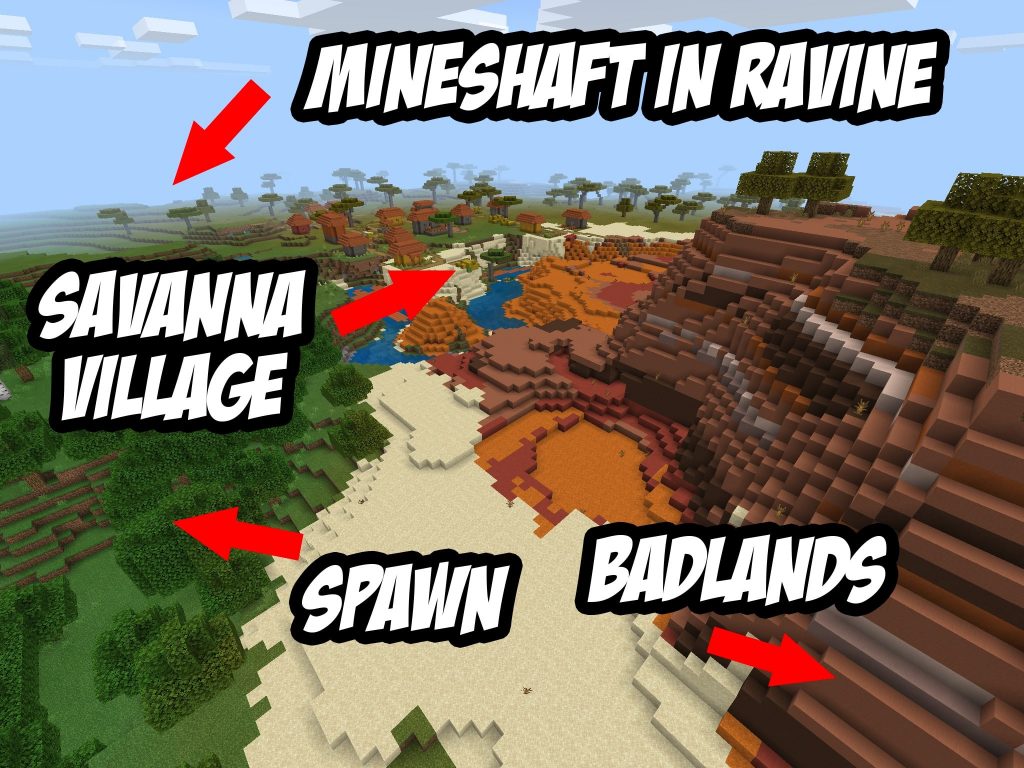 The badlands, savanna village and ravine/mineshaft from the game spawn point. 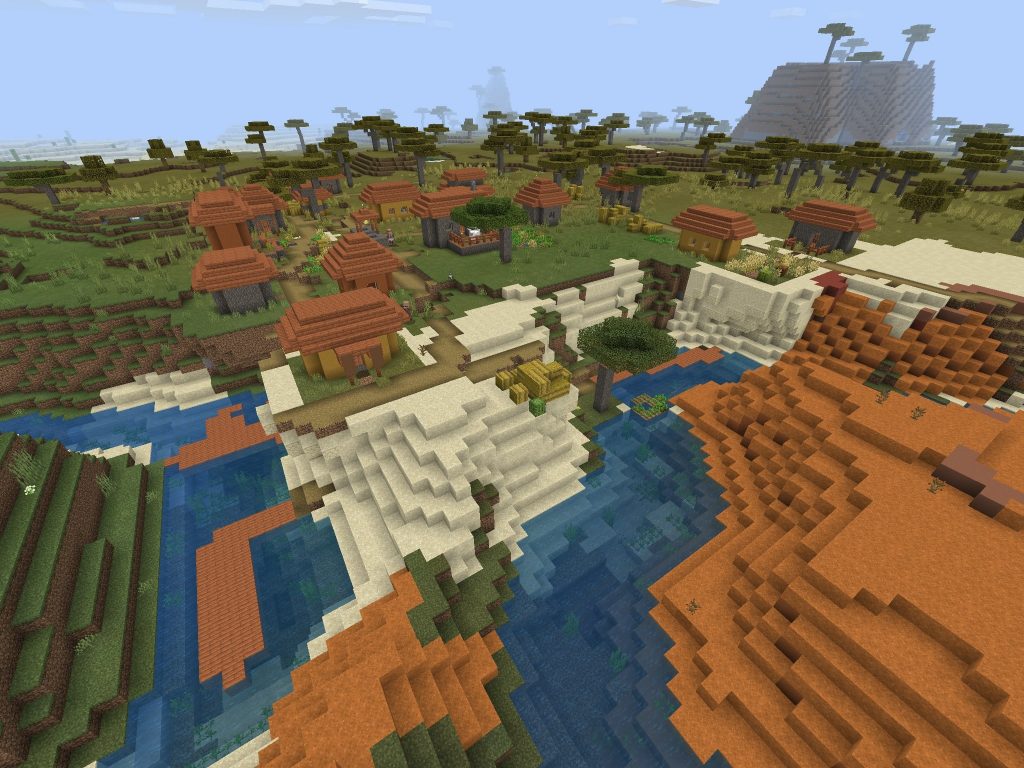 The savanna village is about 50 blocks or so from the spawn point. 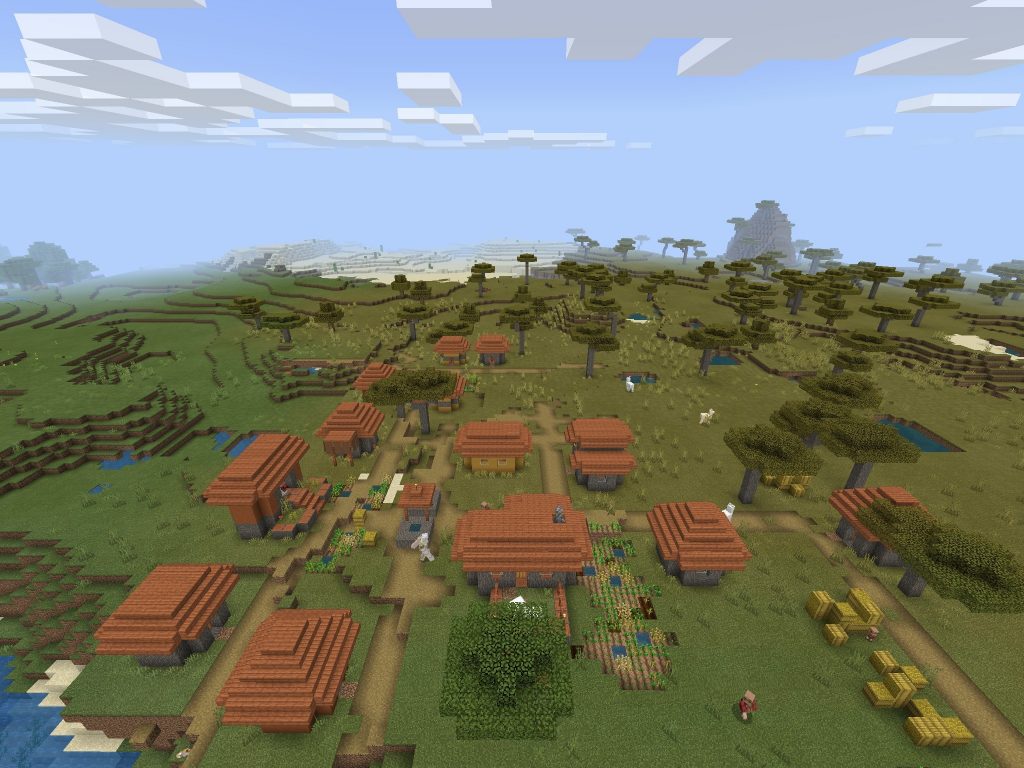 From the village continue straight to the desert biome to locate the ravine and mineshaft. 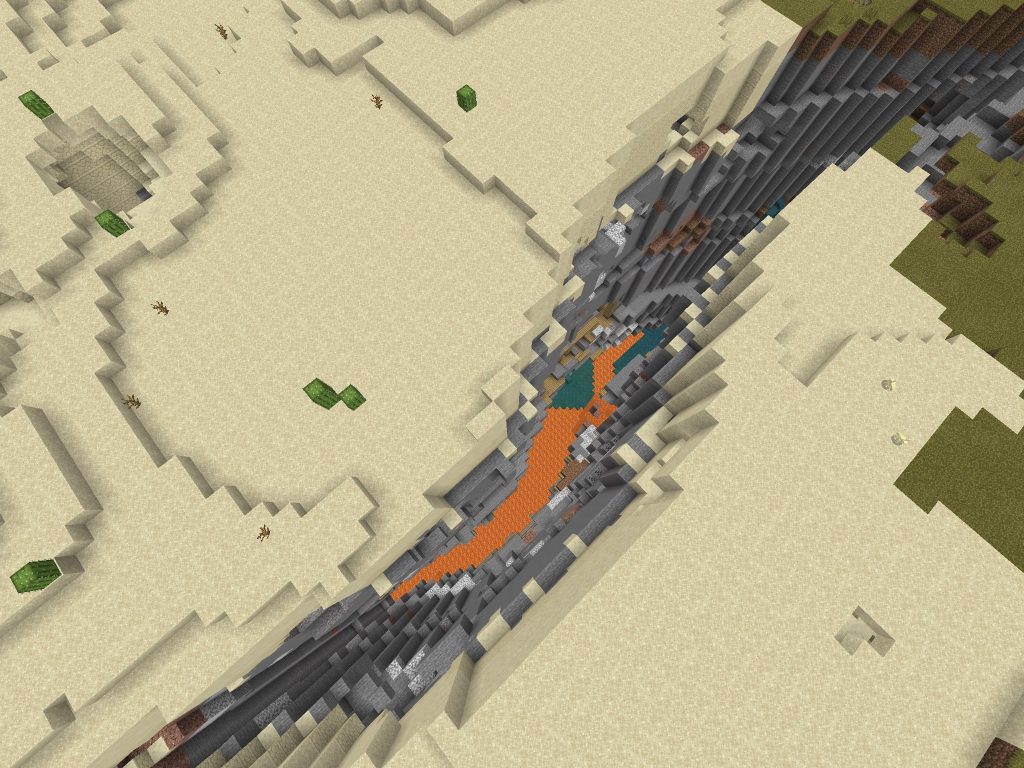 The ravine and mineshaft from above.