In this Minecraft PE Mushroom Island Seed you spawn in a unique position. Yes, you are within a few dozen blocks of a village with a blacksmith, but you’re also in a pretty unique biome area. The starting point of the game is at the intersection of a mushroom island biome, a plains biome and an ocean biome.

Mushroom Island biomes, despite their name, do often form as an extension of another biome as opposed to a true island. We didn’t check beneath the village well but did stop by to check out the blacksmith’s loot. Unfortunately it’s all pretty basic stuff. The big draw on this Seed is the rare biome. 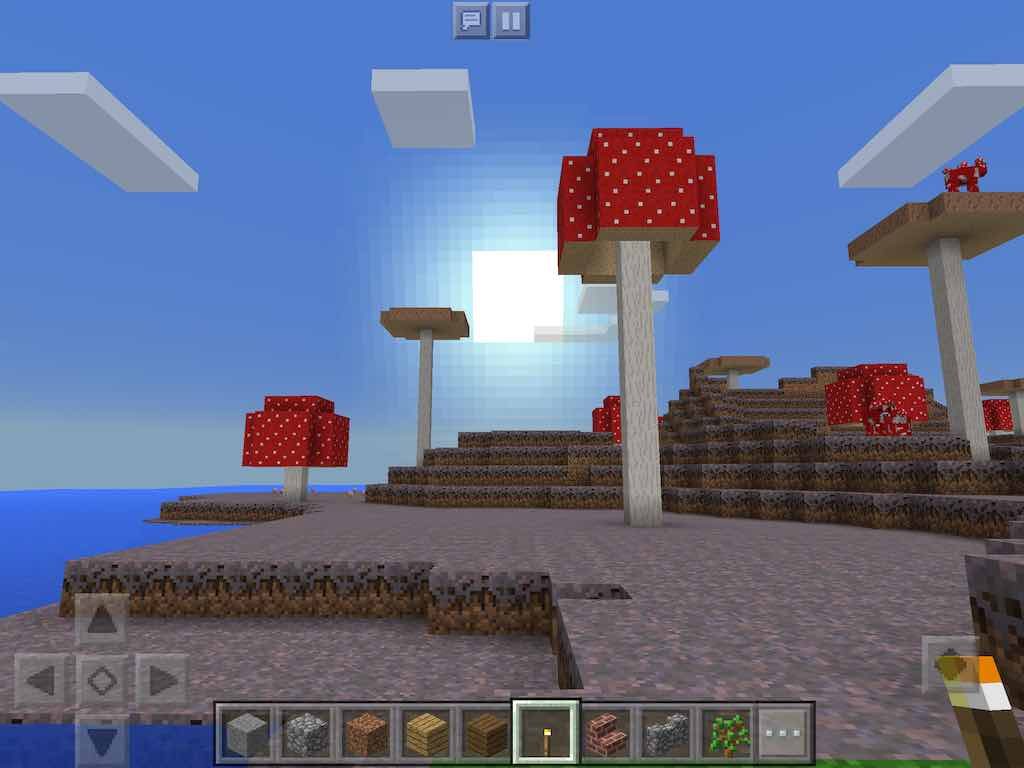 The mushroom island biome in this Pocket Edition seed. 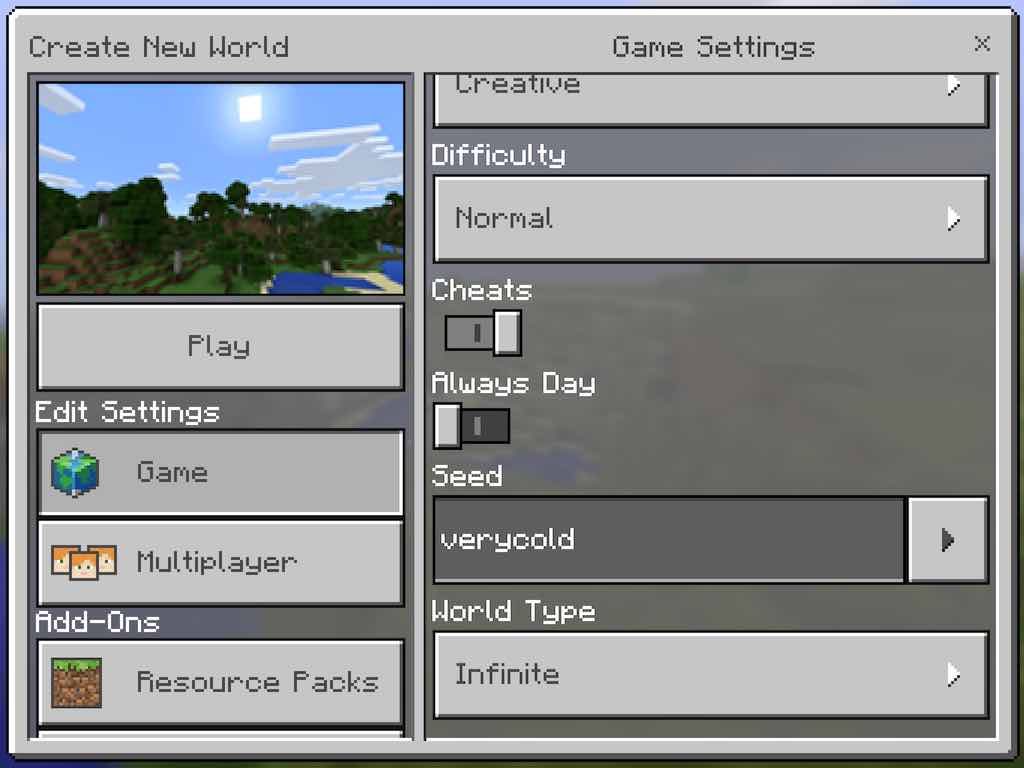