At last… a textbook Mushroom Island biome for the Update Aquatic. This Minecraft Java Edition 1.13 Mushroom Islands seed is just the way the world render algorithm wanted it. Well, almost. The mushroom island you spawn on is a perfect example of mycelium goodness. Mushrooms, giant and normal size, are plentiful, and the mooshroom population is large. There’s an interesting phenomena at one end of the island. A neighboring island which is a different landmass biome has some mycelium of its own as well as a confused population of mooshrooms. Just offshore there’s an easy ocean ruin, too. 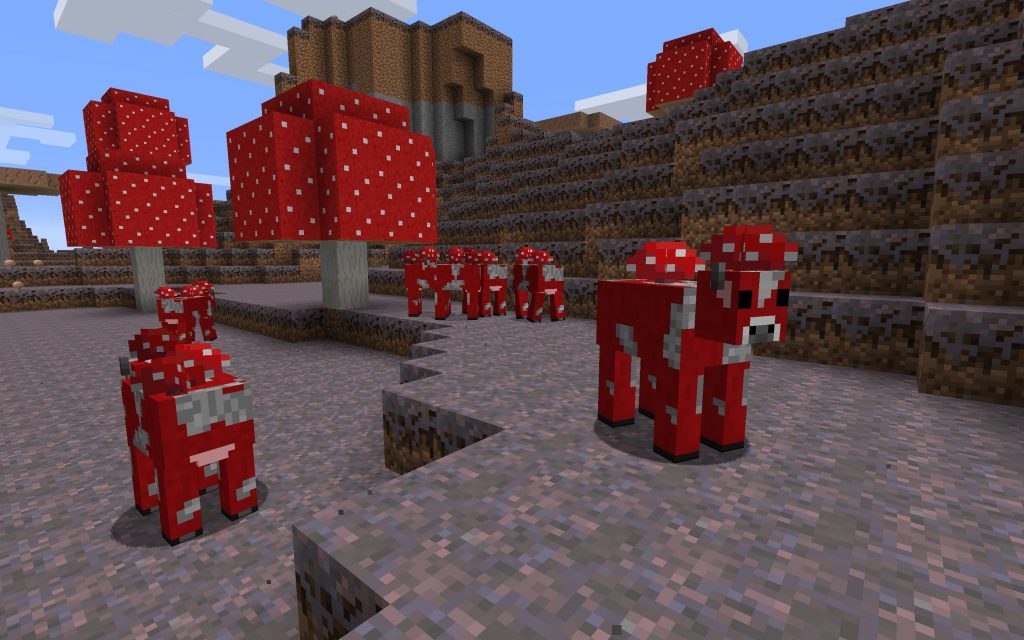 Spawn amongst Mooshrooms in this Minecraft 1.13 seed for Java Edition. 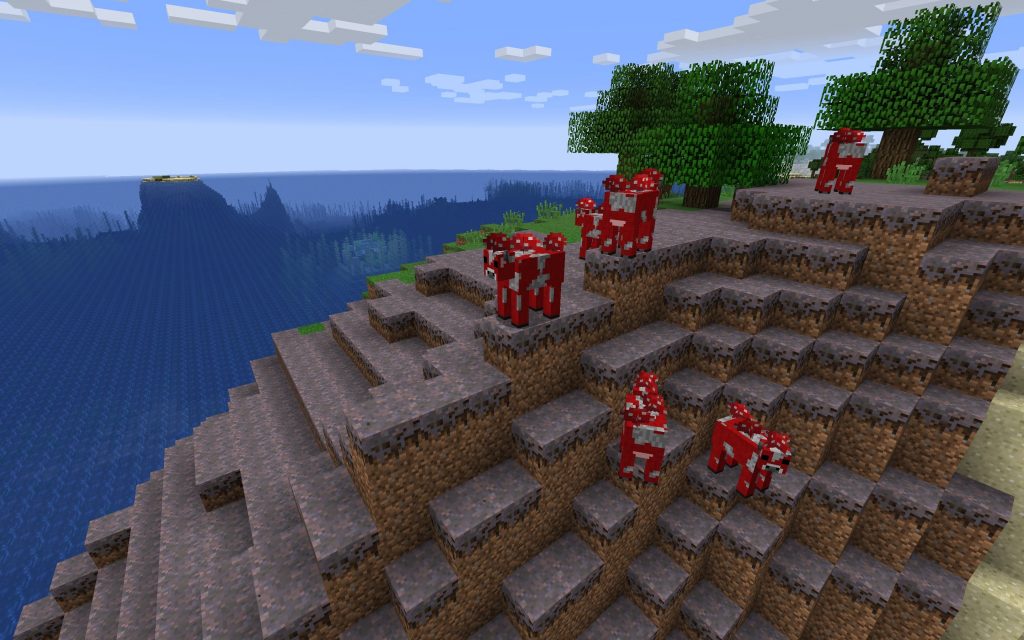