Tell Me Another Joke 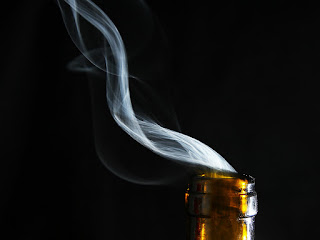 A Producer, a Director, and a First A.D. are scouting locations for their new movie. As they’re wandering around, one of them spots a lamp. Naturally, they decide to rub it, and, just as naturally, a Genie pops out. The Genie says,“Since there are three of you, I will grant you each one wish.”

The Director says,“I want to live on a beach in the South Pacific, where I can film the most gorgeous sunsets in the most beautiful settings for the rest of my life.”

The Genie says, “Done.” And POOF! The Director disappears.

The Producer says,“I want to produce the biggest, most epic movie ever, with a limitless budget and a cast of thousands.”

The Genie says,“Done.” And POOF! The Producer disappears.

Then the First A.D. glances at his watch and says,“I want them both back here in five minutes.”

Tell Me Another Joke