The Challenge of Crafting a Movie 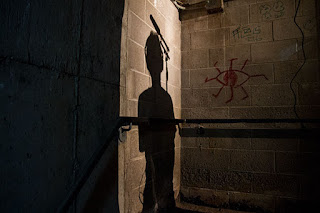 Creating and crafting a movie is always a challenge. When you're a filmmaker, you're always learning.

"One of the great things about being a director as a life choice is that it can never be mastered. Every story is its own kind of expedition, with its own set of challenges." ~ Ron Howard

And that may be part of why filmmaking is appealing. It never will get so ho-hum that all you're doing is the same thing over and over. Each script, each project has its own unique challenges. Because each movie is different. The cast. The story. The theme. Pulling it all together.

And you learn from each movie and apply what you learn to the next project.

But it's also satisfying when it's done.

And when it's done, it's exciting to go on to the next project. To a new blank slate that has so much potential for creativity. And for applying everything you've learned.

The Challenge of Crafting a Movie