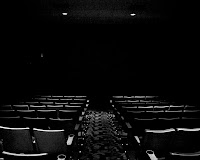 Did you know that it was Tell a Joke Day yesterday? On August 16th? So, in honor of the day, here's a movie-related joke...

A man goes to see a movie. As he sits down to watch the film, his eyes get accustomed to the dark. He notices a dog sitting on the seat beside him. He is somewhat bemused but decides to ignore the dog.

As the film progresses he notices that the dog is reacting appropriately to each scene. During the comedic moments, the dog wags his tail and barks. During the sad parts, he drops his ears and whimpers. During violent section, he growls and bares his teeth. At the end of the film, the audience applauds and the dog gets up on all paws and barks and wags his tail.

The man turns to a lady who appears to be the dog's owner and says, "Wow, that was a great film, and what an intelligent dog you have there. Frankly, I'm amazed."

"So am I," replies the owner. "He thought the book was terrible."


This post first appeared on A Moon Brothers Film..., please read the originial post: here
People also like
Sprawdź swoje IP i pobierz darmowy VPN
Selling Handmade Products on Etsy
Tips to make your journaling easier
How to Choose an Epoxy Floor Coating for Your Garage
This Is What You Should Do If You’re Laid Off
GALA DALI – THE MUSE OF THE SURREALISTS
Hollywood Dentist Providing Red Carpet Smiles
Life at 57 - Where I'm At
Robotime LC701 Time Art Romantic Notes Wall Clock EU Style Mechanical Design Building Model Set 3D Wooden Puzzle For Kids Adults
Heal Your Body Meditation.