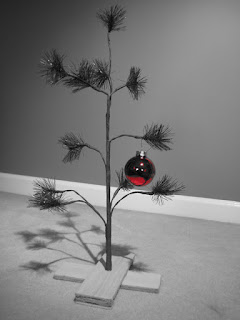 It was 50 years ago that Charlie Brown and gang first made their television debut.

And it almost didn't happen.

Done on a shoestring budget, the special had some glitches. The animation was also somewhat choppy. The executives at CBS were worried. The special was going to break a lot of the accepted "rules" of children's animated holiday specials...

This included the decision to use the voices of real children (as opposed to adult actors who could sound like children); and a jazzy soundtrack by Vince Guaraldi.

And Charles Schulz insisted that there be no laugh track. He went against conventional wisdom of the day. He figured the kids watching should know if something was funny enough. They didn't need to be told.

CBS executives were particularly nervous when Charles Schulz also insisted on using the final narration by Linus on the true meaning of Christmas (which used words straight out the Bible).

But, as it turns out, sometimes executives get nervous about the wrong things.

Now A Charlie Brown Christmas (1965) is one of the longest-running Christmas specials. First aired on December 9, 1965, it was a hit. It went on to win an Emmy. And, even though it's 50 years old this year, the program is still aired annually and has become a Christmas classic.

Sometimes you never know when something will work. For the Charlie Brown Christmas Special, Schulz stood by his special.

And it paid off.