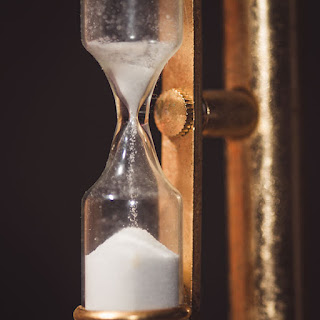 Looking back at last year's blogposts... we've compiled a list of seven of our top posts from 2016. And with that, we look forward to a new year. Happy New Year 2017!

1 - The Challenge of Crafting a Movie
Creating and crafting a movie is always a challenge. When you're a filmmaker, you're always learning. "One of the great things about being a director as a life choice is that it can never be mastered. Every story is its own kind of expedition, with its own set of challenges." ~ Ron Howard

2 - Documenting the Story
When shooting a documentary, you accumulate a lot of footage. It's just all part of the way things work. Interviews and b-roll take up space. You're working with material that is NOT scripted, so you never can be quite sure what you're going to capture. You film a lot. Just in case.

3 - Demo Reels from a Casting Perspective
In today's world, a good demo reel is an important (if not essential) addition to an actor's portfolio... probably as important as the actor's head shot. Especially in film. As filmmakers, we use demo reels all the time to help us find the right actors for our film projects. We encourage actors who submit to our casting calls to send a link to their demo reel.

4 - 5 Resume Mistakes to Avoid for Actors
We're well into a new year. You've probably made all your resolutions... what you're going to do differently or better. If you're an actor, or want to be an actor, it may be time to have another look at the acting career you want. And one of the main tools of the actor is their resume. Whether you're putting together a resume for the first time, or have updated your existing resume in awhile, it's worth a look.

5 - Ways to Protect a Camera from Rain
Sometimes you just have to film in the rain. Whether you want to or not. Earlier this week, we were doing some filming. We were inside for most of the evening. But, then at the very end of the night, we decided to get a couple of outdoor shots. The thing is, it was rainy. Not a lot of rain, but enough to cause concern. Because water and cameras don't mix well.

6 - It's Not About the Gear
Ask any filmmaker... You'll find it's easy to get sidetracked about the gear. About the newest and best camera. About some new amazing slider or dolly system. There's so much gear out there. And it's easy to fall into the trap of gear-envy. If only we had that piece of gear, we would make better films.

7 - The What Comes Next
Movies need a ticking bomb. It doesn't have to be a literal bomb. Rather, it's something that propels the plot forward, making the audience want to find out what comes next.