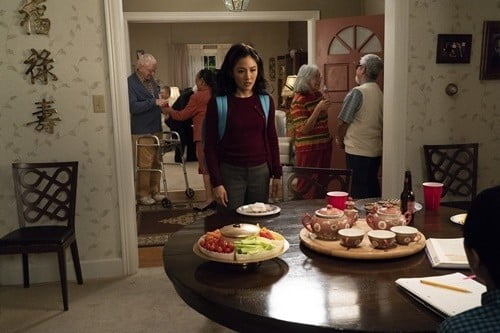 Constance Wu became a household name when her show Fresh Off the Boat was picked up for a fifth season. Not because she was crying happy tears that it was renewed, instead she was crying sad ones.

For 6 months, we wanted to understand why she was so upset about it, and now she revealed the real reason she did not want her sitcom to come back. She told Showbiz 411, “I know everyone hates me now, but I love Fresh off the Boat. I didn’t mean anything against the people there. But I will tell you what happened. I was going to do a play in London. I had a boyfriend there, and was looking forward to being with him. But when the show was renewed, that killed the opportunity. And the relationship.”

If he really loved her, he would have made it work. Guess even her performance in Hustlers was not enough to keep him warm until her schedule freed up for him. Then again, who saw that movie for Wu?

So now she has no play, no boyfriend and no sitcom. Hopefully, she learned the lesson to be grateful for what you have because it can all be taken away. And it was.