Amarcord (1973) Sells Blu-Rays by the Seashore 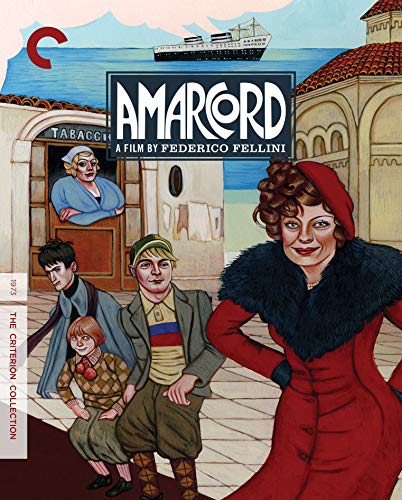 This carnivalesque portrait of provincial Italy during the fascist period, the most personal film by Federico Fellini, satirizes the director’s youth and turns daily life into a circus of social rituals, adolescent desires, male fantasies, and political subterfuge, all set to Nino Rota’s classic, nostalgia-tinged score. The Academy Award–winning Amarcord remains one of cinema’s enduring treasures.

Read the full summary, and to our Criterion Collection review on 9/25/2020.

Disclaimer: This post contains affiliate links. This means when you click a link, and purchase an item, Movie House Memories will receive an affiliate commission. Advertisers and Affiliate Partnerships do not influence our content. See our Terms of Use about the inclusion of affiliate links on this site for more information.

Amarcord (1973) Sells Blu-Rays by the Seashore