Movie Review: "The Cloverfield Paradox" Is A Monstrous Let Down 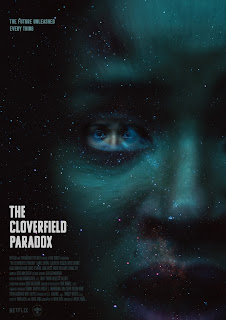 Do you remember Amazing Stories? In the '80's, Steven Spielberg's first foray into television was this weekly anthology which was based on the idea of making half hour tv episodes out of ideas that couldn't quite sustain a feature. J.J. Abrams has a similar approach with the Cloverfield series, creating a series of feature films based on ideas that couldn't quite sustain a full half hour of television.

How Do You Get Bed Bugs?
Capture Attention and Drive Traffic w…
Things You Should Stop Worrying About…
Top 10 Sites to watch Telugu Movies O…
Crunchyroll – How to Watch Anime Onli…
The Cloverfield Paradox is the third entry in the series, and it takes place in the year 2028. The earth is suffering from a global energy crisis and on the brink of war, and the the various space agencies of different nations are working together, preparing to test the Shepard particle accelerator on board the Cloverfield space station.

Of course, when they do set off the accelerator, something big happens, and that's where the story really goes into full Twilight Zone mode. At first it's just confusing and annoying, but eventually the story starts to click. and the cast couldn't be much better, lead by the wonderful Gubu Mbatha-Raw, whom you may remember as that black actress from that movie you didn't see, and David Oyelowo (winner of the Academy Award for Best Actor for Selma somewhere in a alternate reality that doesn't suck), as well as Daniel Bruhl, Zhang Ziyi, Elizabeth Debicki, Jon Ortiz, Chris O'Dowd and Aksel Hennie from The Martian, because they needed at least one veteran movie astronaut aboard. These actors are all so talented and believable that even the weirder sections of the film are rendered pretty watchable. though it's a good thing that it is premiering on Netflix, because you'll want to watch it with the captions on in order to even try to follow the silly psuedo science.

There are times when the combination of a great cast, excellent production values and just the fact that it's a sci-fi space movie makes it not just watchable, but fairly entertaining. And while overall the cast isn't given a chance to really show us how talented they are, Gugu Mbatha -Raw really shines with the emotional elements of her role. Strong, perfectly cast heroines has always been a hallmark of J.J.'s work, and they owe each other a better movie than this one. Unfortunately, Oren Uziel's screenplay ias all over the place, and Julius Onah's direction is competent, but not strong enough to pull it all together and stop the station and the movie from hurtling through plotholes into other dimensions. Part of the problem is that by forcing it into the "Cloverfield" franchise, they tie it together with a twist ending so utterly movie ruining that renders the time you spent watching the film utterly wasted. In fact, the ending is so bad that it may be a franchise killer for reasons we can't explain in a spoiler free review.
It's important to remember that Netflix is bringing us some great films, such as Mudbound, First They Killed My Father, The Little Prince and Beasts of No Nation, but between this and the dreadful Bright, so far all they are doing for blockbusters is to make an argument in favor of studios sticking with superhero and comic book movies. Imagine if you had to pay full ticket price for either of these debacles.
The Bearded Trio - The Site For Steven Spielberg, George Lucas, John Williams and a whole lot more.
THE Bearded Trio ON FACEBOOK
THE BEARDED TRIO ON TWITTER
THE BEARDED TRIO ON GOOGLE+
THE BEARDED TRIO ON PINTEREST
CLICK HERE FOR FACTS ON STEVEN SPIELBERG
CLICK HERE FOR FACTS ON GEORGE LUCAS
CLICK HERE FOR FACTS ON JOHN WILLIAMS

Movie Review: "The Cloverfield Paradox" Is A Monstrous Let Down