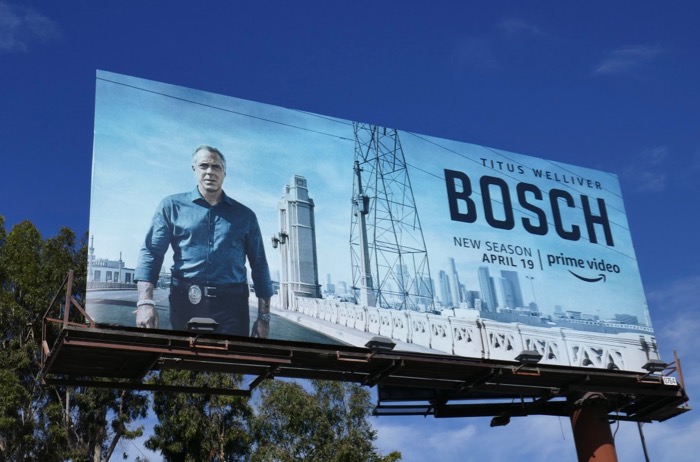 This April 'Harry Bosch' is back on the beat for a fifth season of Hollywood Division detective work and LAPD politics and drama.

Titus Welliver reprises his role as Michael Connelly's literary hero, with these all-new episodes inspired by the plots of the 2017 book Two Kinds of Truth, which sees an old case of the veteran detective come back to haunt him as a death row inmate suggests he framed him for a murder her didn't commit, whilst Bosch also goes undercover to investigate a deadly prescription drugs racket. 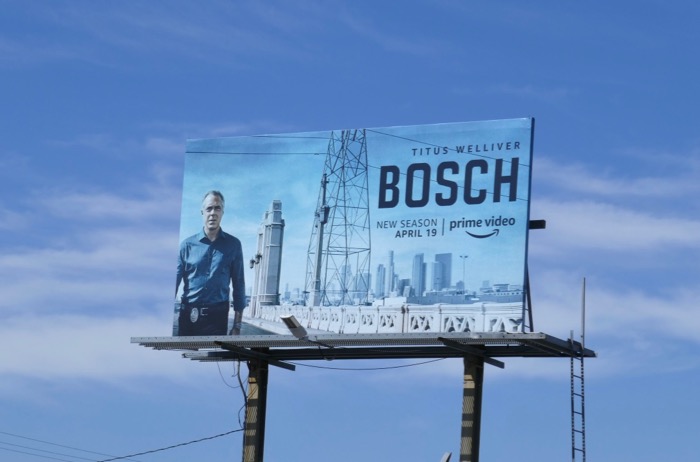 Hopefully Harry can clear his name with some good old-fashioned police work and maybe with the help of his daughter 'Maddie' (Madison Lintz) as an intern at the district attorney's office, his partner 'J. Edgar' (Jamie Hector), the support of his commanding officer 'Lt. Grace Billets' (Amy Aquino) and even Police Chief 'Irvin Irving' (Lance Reddick). 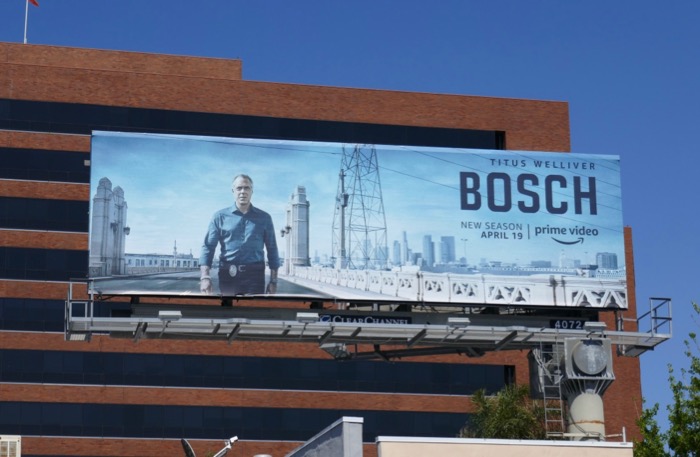 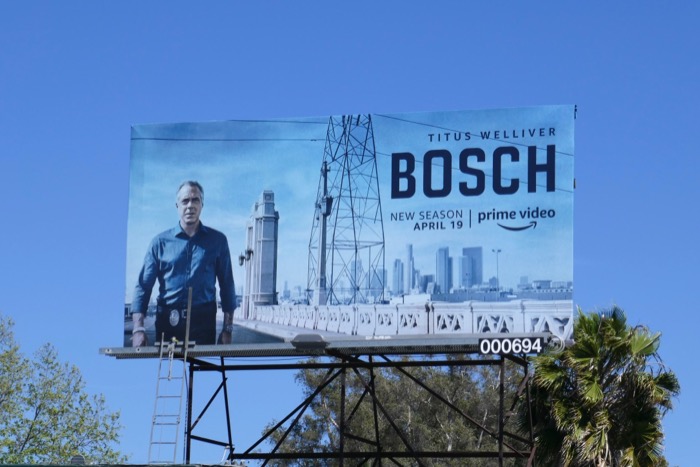 Fans of the crime-solving series set in L.A. can also enjoy these previous season promo billboards for Bosch filling the city skyline in recent years. 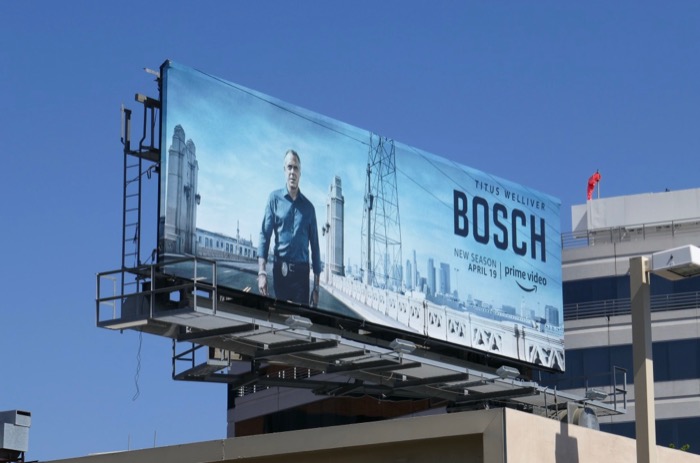 Amazon has already renewed the crime show for a sixth season, so it's safe to say this is not the last we've seen of Bosch (especially when there are many more books to plunder to provide exciting storylines in the future). 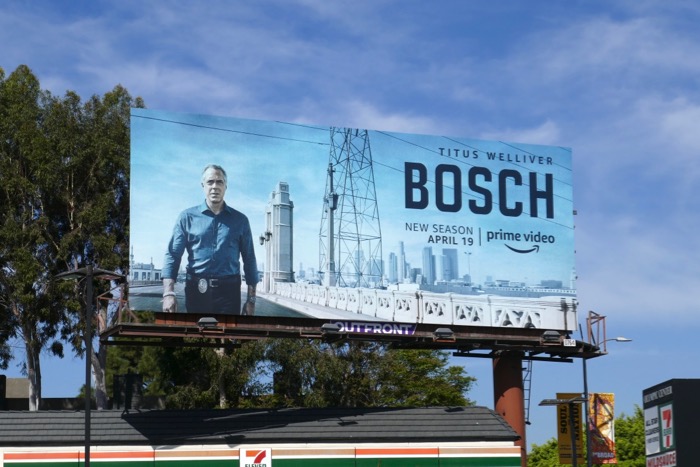