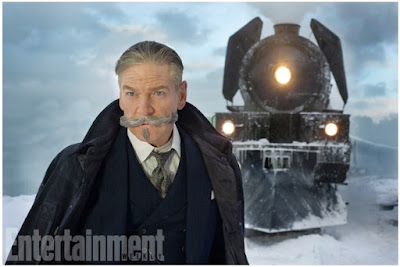 novel MURDER ON THE ORIENT EXPRESS directed by legendary Kenneth Branagh who also takes the lead role of the famous Belgian detective Hercule Poirot, this time with some seriously huge 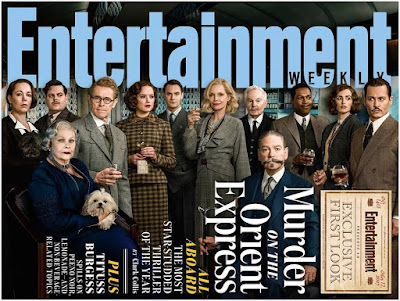 moustaches :)  He is tasked with finding a mysterious murderer aboard the famous train stuck in the middle of a blizzard somewhere in the Kingdom of Yugoslavia. Her cinematic highness Judi Dench stars as 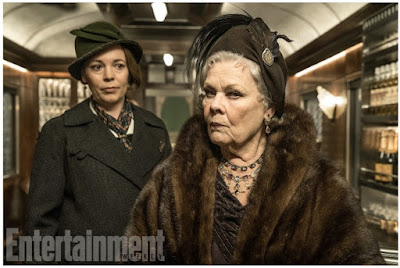 Princess Dragomiroff who is acting all helpless and confused which she actually isn't. Johnny Depp stars as Edward Ratchett, a paranoid, rich businessman with dark secrets! Michelle Pfeiffer is a loud and very

annoying American on the train. Daisy Ridley is the quick thinking governess Mary Debenham. Penelope Cruz is Pilar Estravados, the missionary who actually isn't a stranger to rough situations. Sir Derek Jacobi is Masterman, Ratchett's butler, who has a spiky relationship

with his boss! Willem Dafoe is Austrian professor Gerhard Hardman, armed in a number of ways. Tom Bateman is flirty louche director of the train company and a friend of Poirot’s! The  lavish train ride through Europe which quickly unfolds into the thrilling mystery of

thirteen strangers stranded on a train, where everyone's a suspect, should start in cinemas later this November. One man must race against time to solve the puzzle before the murderer strikes again.

MJ Unpacked Returns To Las Vegas For …
Things to Do in Cannon Beach in the W…
Buying Tickets For the Eiffel Tower i…
Markets puked yesterday, what’s next?
BeReal surpasses Instagram in weekly …
FIRST 'DARK TOWER' TRAILER
SETS IDRIS ELBA AGAINST MATTHEW MCCONAUGHEY 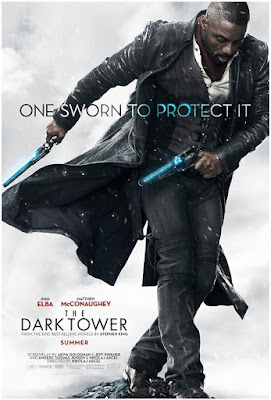 Your second movie treat for today is the long awaited first trailer for Stephen King's latest adaptation THE DARK TOWER, a Ron Howard produced science fiction film highly stylized epic adventure, which should finally arrive into theatres across the world after many years of problematic production at the beginning of August!
ELUSIVE DARK TOWER
The story of the movie actually continues the one from the books rather than directly adapting one of them, and follows Idris Elba's  The 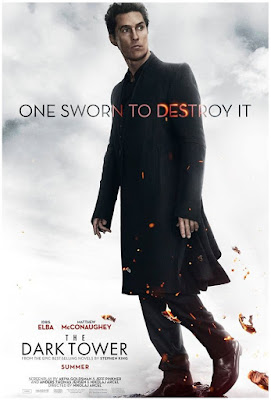 Gunslinger, Roland Deschain, who roams an Old West like and post apocalyptic landscape where "the world has moved on" in pursuit of the man in black played by Matthew McConaughey. Also searching for the fabled and powerful Dark Tower, in the hopes that reaching it will preserve his dying world. Located in the End World, amid a sea of singing red roses, the Dark Tower is a link to other worlds and a bridge in the time space continuum. The studio is envisioning this as a movie trilogy with two seasons of a TV series in between the films.