Game of Thrones season 8 , episode one

Outside, a giant Iron Throne sat in the spot more often occupied by Rockefeller Plaza’s iconic Christmas tree, while inside the auditorium, attendees were warned by the actress Sophie Turner of the penalties of recording, taking pictures or leaking Plot spoilers of this, the premiere of the first Episode of the final season.

SMDC Ties up with Lamudi
Teenage Bounty Hunters: an original, …
The EIGHTH issue #2 Review I More act…
Plot Loan for Land Purchase – Eligibi…
My #1 Secret for Being a Better Teach…

“Remember what happened to the last person that f—– with us,” chimed in the voice of her co-star Maisie Williams, aka the trained assassin, Arya Stark.

After seven seasons, 67 episodes and 47 Emmy awards – a record for any scripted show in television history (it also holds the record for the most expensive pilot episode ever , filmed at Doune Castle ) – the wildly popular, critically acclaimed epic fantasy Game of Thrones, is finally bidding farewell.

And its creators David Bennioff and DB Weiss have wasted no time in getting straight down to business, with a season premiere packed with big plot point moments.

Directed by GoT regular David Nutter, the episode, as yet officially unnamed, is heavy focussed around reunions – many of them familial and long-awaited, between fond siblings (“all Arya has really thought about for a long time is reuniting with Jon Snow again”, said Williams on the red carpet) – others less so; the most unsuited of former wives and husbands are also flung together again, along with a would-be murderer and his seriously damaged would-be victim. 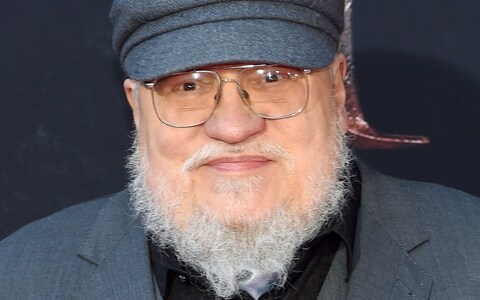 The show is based on the series of books A Song of Ice and Fire by George RR Martin.“The allegory that I don’t think even George realised he was writing until recently was that, for seven seasons, you’ve got people vying for power, and suddenly, they have to come together and collaborate in order to save the planet,” said Jerome Flynn, who plays the sarcastic sellsword Bronn.

“I think that’s coming from somewhere deep in his subconscious – that the most popular show on the planet contains that metaphor.”

Unlike some season openers in years gone by, this eighth premierecontains no epic battles or large-scale set pieces, but what violence there is, is dark, brutal and unsettling. That’s balanced out, however, by a noticeably lighter, more humorous tone, with plenty of witty one-liners.

Collaboration is also a key theme. In previous seasons, the competing houses were spread out across Westeros, waging wars on one another in a bid to expand their empires.  As season seven set up, however, many of Westeros’ key players are now heading north – to fight together against the White Walkers, who are advancing on the kingdom in colossal numbers.

Danaerys Targaryan (Emilia Clarke) soon learns what the audience already knows from last season too – that the wall has been ruptured, and one of her dragons killed and conscripted into the army of the dead by the Night King.

Game of Thrones season 8 , episode one