Tags: runway approach
December 4th 2009
View original
Our usual day to day domestic operations are pretty much routine in that we fly from point A to point B, ATC communications are always available, we enjoy radar coverage the entire way, we can expect a full ILS Approach at our destination to be available in case it is necessary, and generally the entire leg is pretty easy.

Even most of our international flying is pretty much routine nowadays. Gone are the days of VOR and ADF navigation. Even VLF and Omega type navs are gone. For the most part, the airline world has transitioned to GPS navigation. Sure there are some air carriers that are still operating with older equipment, but the vast majority are using some form of advanced navigation.

Our older 767's and 757's are still using Inertial Reference Systems but the newer ones have been outfitted with satellite based GPS type navs. Both are more than capable.

Then every once in a while we get to fly into a destination that is a real eye opener and we can really appreciate having those advanced navigation systems on board with us.

A two hour late start from Miami meant we would be arriving at PAP just after sunset. The forecast was calling for good weather and winds favoring Runway 10 which has an ILS approach. Good!

The climb up to FL 370 was uneventful. 600 miles later and approaching Haitian airspace, we said "goodbye" to Miami Center and gave Port Au Prince Control a call.

Five more calls and they finally answered. Had they not answered we would have been forced to hold at the boundary of their airspace. Glad they answered since we had a small thunderstorm to contend with right along our route.

While descending, we passed an opposite direction outbound airliner 1000 ft below us and wondered why we weren't advised? A call to Approach Control about that went unanswered.

Without radar coverage we would have to make position reports the entire way in to PAP. The charted approach requires us to fly a DME ARC to intercept the ILS to runway 10. No problem today, we had GPS capability and the "box" tracked it perfectly. Several position reports later we were tracking the ILS inbound as Approach Control handed us off to PAP Tower.

Then Tower advised us that the winds had shifted and to fly the ILS runway 10 approach and circle to land on runway 28. Good thing we had briefed this possibility and were prepared.

"Cleared to land on runway 28, caution for Cessna traffic in the pattern" came the call from Tower in a French Creole accent.

The sun had already set and the high terrain was obscured with smoke and haze. We spotted the runway at about 3 miles out and commenced the circling approach. The FO was flying and flew a right downwind as a left downwind is not permitted due to terrain issues. Keeping the runway in sight was paramount since there was no approach available for runway 28. He did a fine job and greased the 767 in the touchdown zone and we were stopped with room to spare.

We never did see that Cessna.

PAP has no parallel taxiways and the runaway is too narrow for an airliner to do a U-turn on so we had to taxi to the end where there is a turn around area for bigger planes. Meanwhile, the runway was closed for any other traffic while we were taxiing. So every time an airliner or any other plane is on the runway, the airport is essentially closed to all other traffic until the runway is cleared. This can lead to some lengthy delays. 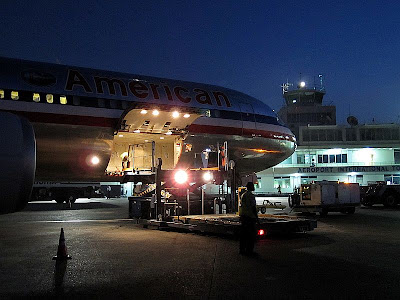 So we finally cleared the runway and taxied to our parking spot. No gate, just a parking spot on the ramp. 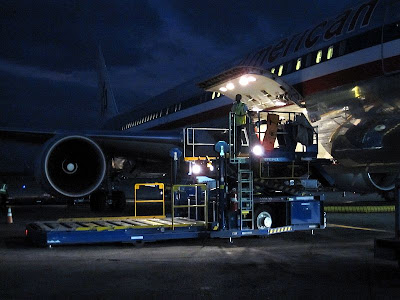 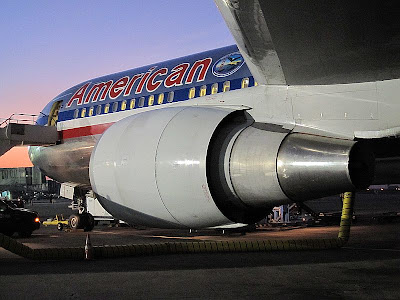 We parked, set the brakes and once the ground crew had positioned the boarding stairs, the cabin crew opened two cabin doors. Out flooded the passengers onto the ramp with wild abandon! They all knew where to go but it was almost comical to see so many unattended people on an airline ramp with absolutely no security concerns whatsoever! 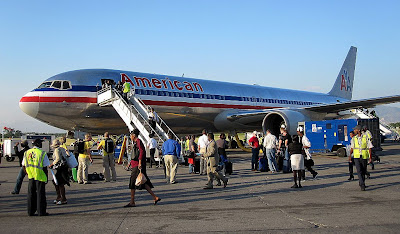 I would do this same trip two weeks later in daylight conditions and was able to photograph this craziness. It was unbelievable to see all these folks walking across the ramp. 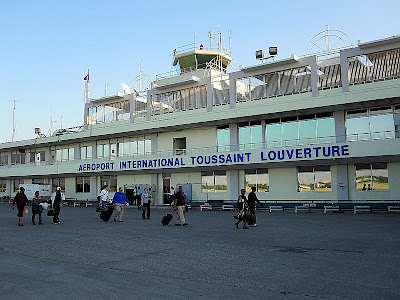 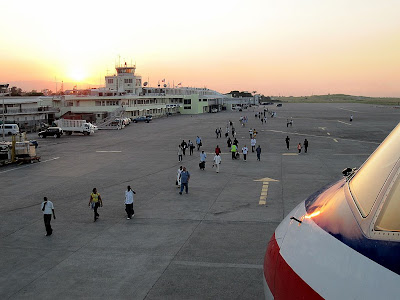 You would never see something like this in the States.

No layover here, just a quick refueling and we launched back to Miami and enjoyed smooth skies at 40,000 ft. 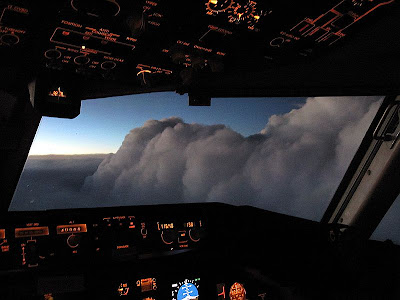 It's always nice to be back in US airspace and to hear those two words from Air Traffic Control...."radar contact".

For a look at some more of my photos, please aviate over to Plane & Simple.

This post first appeared on Views From The Left Seat, please read the originial post: here
People also like
Benefits of onion juice for hair - Side effects of onion juice on hair
Importance of SEO to SC Businesses
5 things to look for when shopping for Australian jewellery
International Ransomware Summit Sets Sights on Crypto