Known for its elaborate traditional afternoon tea sessions, the vibrant city of London also has a cool street Food scene that every foodie should definitely explore. Especially if you are on a budget, skip the posh restaurants in the city and gorge on some sinfully delicious street food instead. The street food in London satisfy everyone - from meat lovers to vegetarians, from fitness freaks who count the calories to junk food addicts who would rather hog on fried cheese than eat a fruit! Heres a list of 11 of the best street food stalls and markets in London that you should explore on your visit to the city. 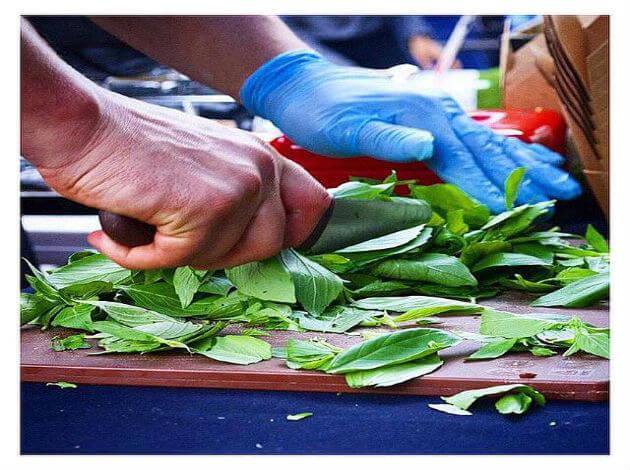 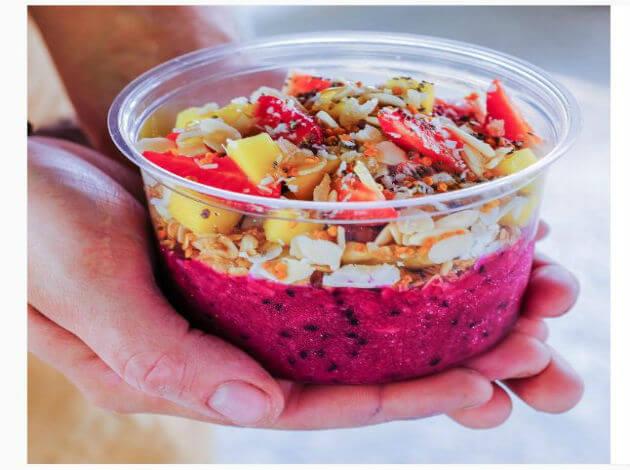 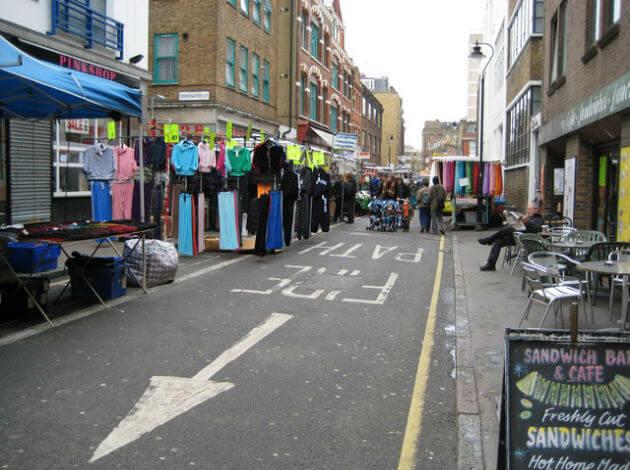 Image Source: geograph/Nigel Cox
Home to some of the best food stalls in London, the Leather Lane is a heaven for people who love to eat. With so many options to choose from, this place will definitely give you a foodgasm! The Leather Lane Market is open from Monday to Friday between 10 a.m. to 3 p.m. and caters specially to the office going crowd. Apart from the aforementioned food stalls, the lane also houses many cafes and restaurants.
Indulge In: Submarine roll at Sub Cult, chicken pilau wrap at Pilau Pot, burrito at Daddy Donkey.
Nearby Attractions: Piccadilly Theatre, the Craft Beer Co, Saint Peters Italian Church. 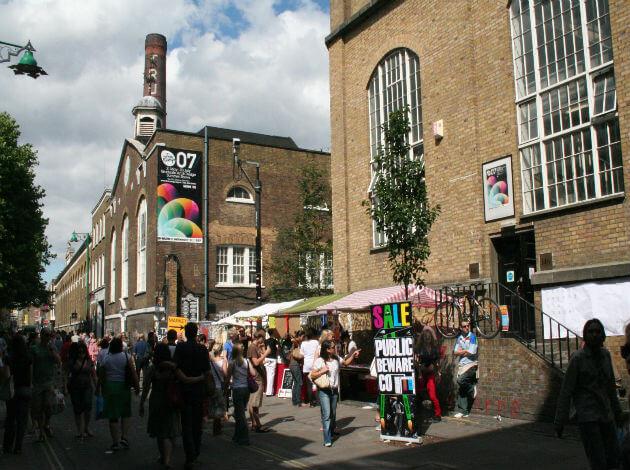 Image Source: Wikimedia
Although open on all days, the main action at Brick Lane happens on Sundays when many budding chefs put up their stalls and sell some finger licking good food. The lane is also an artistic hub and you will find many amateur artists and performers showcasing their talents along the street. But, Brick Lane is not just all food. You will also find good antique artefacts being sold over here. The Sunday Market at the lane is open from 10 a.m. to 5 p.m.
Indulge In: Shredded ribs in a bun at Rib Man.
Nearby Attractions: The Brick Lane Gallery, the Oldtruman Brewery, Museum of Happiness, Tempus Gallery. 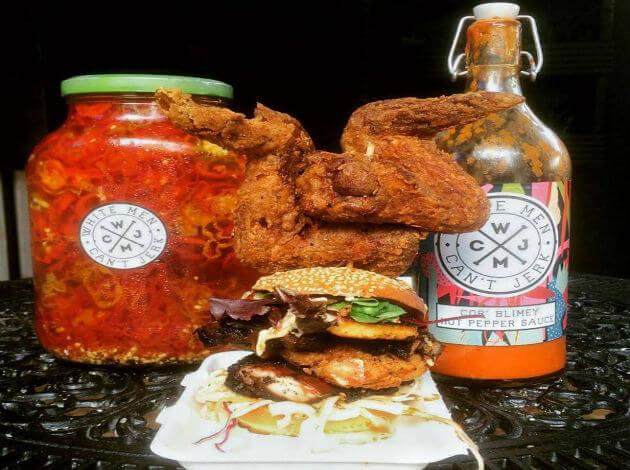 Image Source: Streetfeast on Facebook
A weekend market, Street Feast at Dalston Yard is open from 5 p.m. to 12 a.m. on Fridays and from 12 p.m. to 12 a.m. on Saturdays. While visiting London, do make it a point to visit this food paradise which is home to some of the best street food stalls in London. Not only food, the place is also home to bars and pubs that serve some of the best concoctions in the city. This is one place you should explore if you want to go on a pub crawl!
Indulge In: St. Louis Pork Ribs at Smokestak, burgers at Bleecker St, wraps at Kimchinary.
Nearby Attractions: Arcola Theatre, Servant Jazz Quarters, Holy Trinity The Clowns Church, Gillett Square.
Want a vacation near the city? Here are 15 Fabulous Weekend Getaways From London 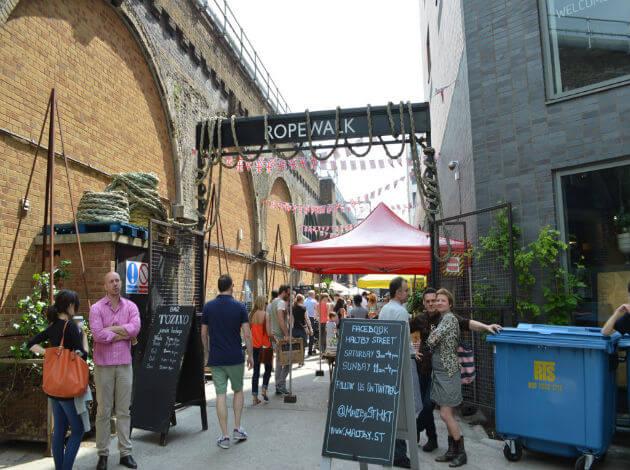 Image Source: Flickr/Matt Brown
A culinary heaven, Maltby Street is open on Saturdays from 9 a.m. to 4 p.m. and on Sundays from 11 a.m. to 4 p.m. A younger cousin of the nearby Borough Market, this weekend market is always bustling with a vivacious energy. You will be greeted by friendly traders, many of whom will offer you free samples of their food to taste!
Indulge In: Mac and Cheese at Skins, any brownie at Bad Brownie, everything on the menu at The Cheese Truck!
Nearby Attractions: Bermondsey Antique Market, Tower Bridge, Tanner Street Park, St. Katharine Docks. 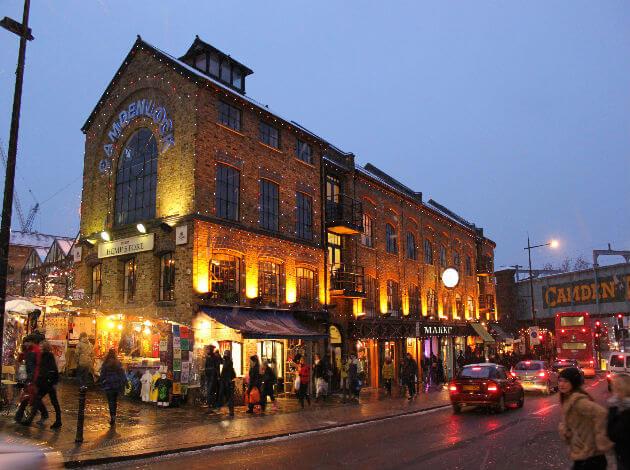 Image Source: Wikimedia
Not a budget destination in London, the Camden Market is home to some of the most unique and quirky food stalls and restaurants. For example, how do you feel about eating ice cream filled doughnuts or indulging in liquid nitrogen ice cream?! Hunger pangs already getting you down we bet! The Camden Market is open every day from 10 a.m. till late in the night.
Indulge In: Hot dogs at Oh My Dog!, ice-cream-filled doughnuts at Dum Dum Donutteries, buttermilk fried chicken at Other Side, Dexter beef burger at Roadery, liquid nitrogen ice cream at Chin Chin Labs.
Nearby Attractions: Roundhouse, Dingwalls.
Here are some of the Best Pubs In London 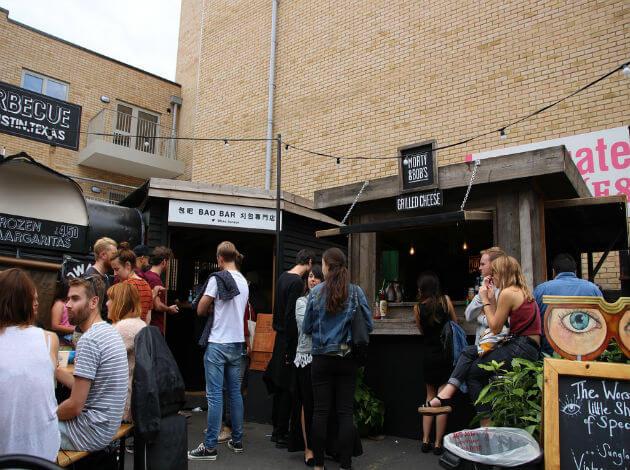 Image Source: Flickr/Bex Walton
The Netil Market is a creative community of traders who have expertise in the fields of culinary delights, fashion, antiques, pottery and art. A one stop shopping destination, the market is open Monday to Friday from 9 a.m. to 6 p.m. On weekends, the market operates from 11 a.m. to 6 p.m. The market stalls at this place in London sell items that will delight shoppers of every age- from kids in search of unique toys to adults in search of quirky art decor.
Indulge In: Pork belly gua bao at Bao, cheeseburger at Howards Meat Co, everything off the menu at LemLem Kitchen!
Nearby Attractions: London Fields Park 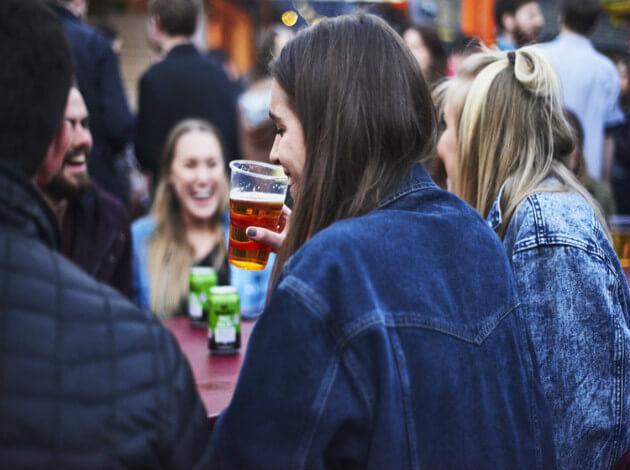 Image Source: Streetfeast
Selling some of the best street food in London, the Model Market is an outpost of the Street Feast. Open seasonally, it operates on Fridays from 5 p.m. till late in the night and on Saturdays from 12 p.m. onwards till wee hours in the morning. An entry fee of 3 pounds is levied after 7 p.m. Need reason to visit the Model Market? What if we told you that it was called "A game changer in Lewisham." by British Street Food?!
Indulge In: paneer roll at Rola Wala, swine bun at Hot Box, Beer Battered Cheeze Fries at Club Mexicana.
Nearby Attractions: Hilly Fields Park, Lewisham Clock Tower, Gilmore Road Park, London Sivan Kovil Trust.
On a short visit to the city? Here's the Best Of London In 24 Hours 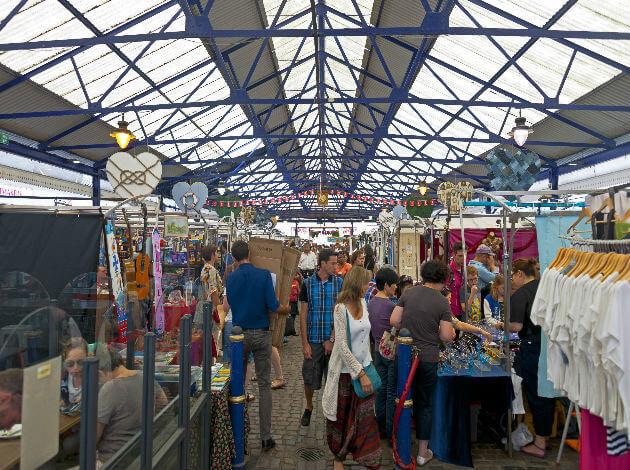 Image Source: Wikimedia
Comparatively small, the Greenwich Market packs a punch nonetheless. Hosting stalls that sell fresh produce, fashion accessories, clothes, paintings and almost everything under the sun, the market also has a food zone that sells appetizing snacks and finger food. Trivia: This is Londons only historic market which is set within a World Heritage site. The Greenwich Market is open every day from 10 a.m. to 5.30 p.m.
Indulge In: Lemon Iced teas at Ethiopian Vegetarian Food, spinach pies at Greenwich Organic Food stall, meatballs at Imbert Street Food, Brazilian Churros at its namesake, pancakes at Planet Pancake.
Nearby Attractions: Greenwich park, the Royal Observatory, Cutty Sark, the Fan Museum, Queen Anne Court, University of Greenwich.
You will also like these Rooftop Bars in London 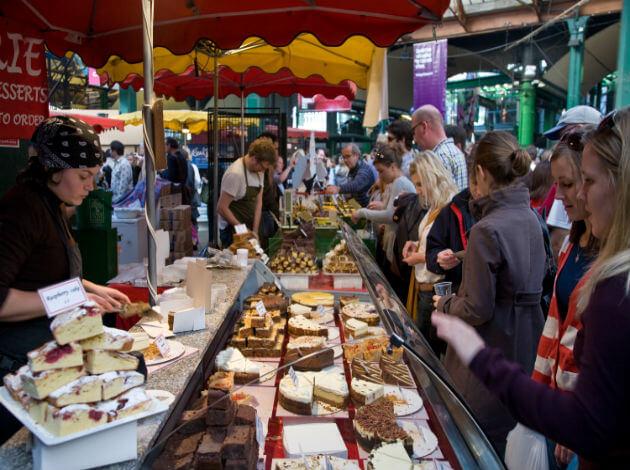 Image Source: Wikimedia
One of the most popular markets in London, the Borough Market is a must visit for anyone visiting London and not just foodies. Home to several street food stalls, you will find many traders housed at this legendary market selling products ranging from poultry to confectionery, fruits and vegetables, sea food, spices, oils, vinegars, hair and beauty products and even flowers and plants. The Borough Market is open from Tuesday to Friday between 10 a.m. to 5 p.m. and on Saturdays from 8 a.m. to 5 p.m.
Indulge In: Scotch eggs at Scotchtails, tartlets at Artisan Foods, vegetarian pastries at Balkan Bites, truffles at Chocolicious, biscuits at Cinnamon Tree Bakery.
Nearby Attractions: Golden Hinde II, Shakespeare's Globe, Tower of London, London Eye, the Clink Prison Museum.
Ever been to any of the above mentioned street food markets in London? How was your experience? Did we miss out on your favourite one? Please let us know by commenting below. Heres wishing you a fantastic culinary adventure! 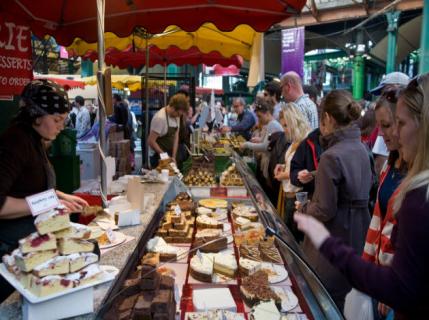