With over 59 national parks, each offering a unique and wonderful ecosystem, wildlife and adventures, Columbia is one of the most sought-after destinations.

We have brought to you a list of Unexplored places of Colombia: One of the most underrated and Unexplored Places of Colombia, The Serrania de la Macarena National Natural Park is located in the Meta department in Colombia. Three ecosystems join together, at the very location of this park, making it a unique environment for all seekers. This area is the meeting point of the Amazon rainforest ecosystem, the Andes mountain range and the East Plains of Los Llanos. Dry shrub lands, dry forest and rainforest blend together to create the perfect living condition for more than 2,000 unique species of fauna and flora found in one area.

How to prepare mango leaves for diabe…
Martha Millan Interview: Fiona’s secr…
Observation Point Zion: East Mesa To …
How To Get More Sleep Every Night

With over 550 species of birds, 100 reptiles, 1,200 insects and a large variety of mammals inhabiting this 2,400-square-mile (6,200-square-km) area it has become one of the most popular attractions. 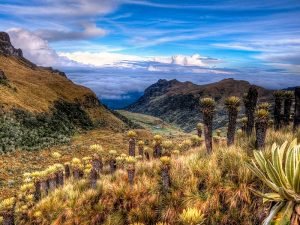 Another example of one of the most beautiful places known to mankind and yet one of the unexplored places of Colombia is The Sierra Nevada del Cocuy National Natural Park. It lies in the Andes region of Colombia. This Park has a large number of snow – capped mountains, the highest being the Ritacuba Blanco at 17,060 feet (5,200 meters). 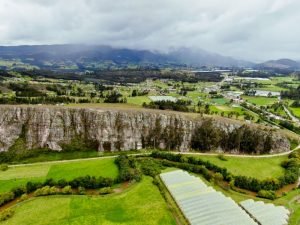 Making it third on our list of unexplored places of Colombia is   Suesca which is around an hour and a half’s drive north of Bogotá, and is often referred to as the rock climbing capital of Colombia , or the birthplace of rock climbing in the country. Colombia’s Pacific region is rather one of the most unexplored places of Colombia: the thick jungle means many locations in the region can be accessed only by boat or dirt track. Nuquí is a small community town in the region with a population of just 7,500 people.

Did you know? Colombia’s Pacific coastline is home to numerous coral reefs. Every year, turtles and humpback whales give birth to their young ones and raise them here until they are strong enough to move on!