Tags: empire state empire state building state building empire
December 29th 2013
View original
The Empire State Building is known as the largest building and amazing buildings in the world (until the next big skyscrapers of New York ), and it is said that the antenna was the culmination, for indeed the highest point in New York. But even if one believes that knows everything about the great building, but has risen to the top and seen New York at her feet ... Sure there are a few things you do not know about the Empire State ! We are 10, to be exact. Head over to discover and stay with the same surprise of who goes first.
1. Speaking of numbers: It takes up 1860 steps to the floor 102 (it makes about 18 steps per floor), and in between you will pass through windows 6500, 73 lifts and about 5 million meters of telephone wire servicing the building, plus 761 meters of electrical cable and a pipe 112. Almost nothing!
2. It took one year and 45 days to be built (March 1930-May 1931), and the workers were at a rate of 4 floors and a half a week. To build it took 10 million bricks , 57,000 tons of iron and aluminum 730 .
3. Although there seems to take a lifetime, it is certain that the lights that illuminate the top of the Empire State (that change color when there are sporting events or holidays) have been there only since 1964 .
4. In the lobby you can see murals with references to the seven wonders of the ancient world. The reason? Empire State builders considered it as the Eighth Wonder of the World , a name which, curiously, is the one that was given to King Kong in the eponymous film ... in climbing the Empire State! Much obsession to become the eighth wonder, right?
5. The elevators are incredibly fast: You can go from the lobby to the 80th floor in 45 seconds.
6. In the Empire State there are about 1,000 companies working, and about 21,000 employees (second largest office complex in the United States after the Pentagon). Such is its importance that has a unique zip code, the 10118. 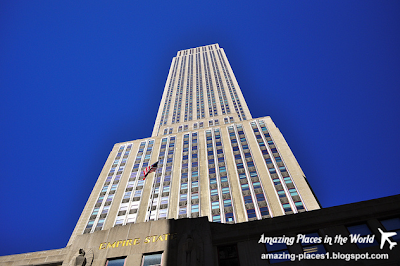 7. Although it may perish Otherwise, most people who pay more money to go above the 86th floor, at 102, say they do not deserve it at all, because, while we are on the 86th floor outdoors in the 102 will have to see the city behind glass that, at this point, is scratched and low quality. The purest image (and perfect for taking pictures) will be on the 86th floor.
8. On February 14, couples can get married on the 80th floor. Carry 18 editions of this event, and every year they choose a few couples that send your video via the Internet. This video is hung on the network and, after a jury selects 16 semifinalists, people can vote for their favorite couple, whether to get married or renew their vows. 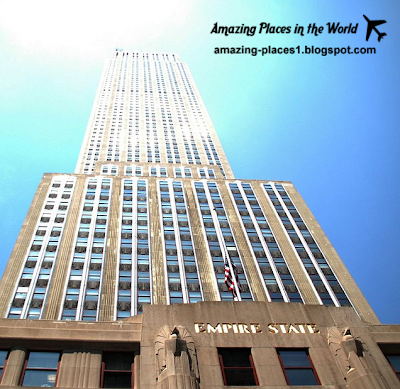 9. In February, the race takes place upstream of the Empire State , where 1576 athletes must climb many stairs to the 86th floor (at least not have to go up to 102!). They have 36 editions of this race and last year with the victory became a broker in Germany (their seventh win!) And New Zealand (his second!), Both with just over ten minutes to get up. The stairs are closed to tourists the rest of the year.
10. The Empire State Building name originated in a logical way: The nickname of the state of New York is the Imperial State (Empire State) , and that led, logically, to the building. According to legend, one of the founders of the state was so amazed by the majesty of the place that said "This is the new rule" . And this is the origin of everything.

For who love this amazing building ( Empire state ) in New york i provide some of unique and rare photographs for empire state building at night and day, you can use it a wallpaper for your PC, iphon, android and other, it's very beautiful images for empire building, New york, USA. 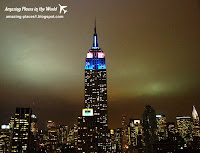 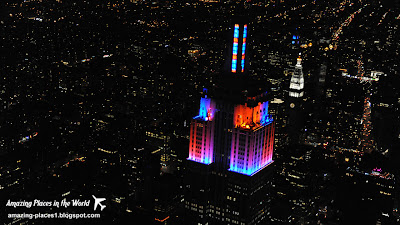 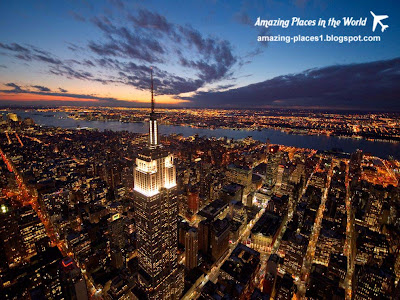 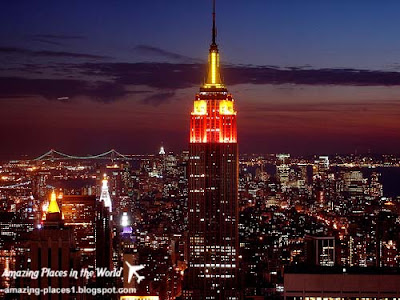