13 Amazing and creepy buildings made ​​of skulls and bones

Tags: skulls bone church built
January 3rd 2014
View original
Construction of the remains, Several of Amazing buildings made of skulls and bones,Worldwide scattered buildings, decorated with human bones, or almost entirely constructed from them. These bones form eerily symmetrical patterns, and can say without exaggeration that the chief architect in such places was the death .

Amazing buildings made of skulls and bones: 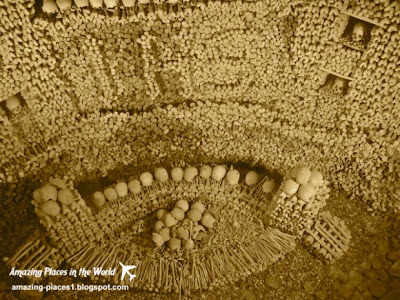 It remains on display exhibited 5,800. Witty crypt in the early XIV-th century.

2. Chapel of Bones in Evora, Portugal 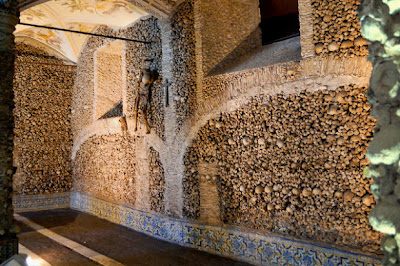 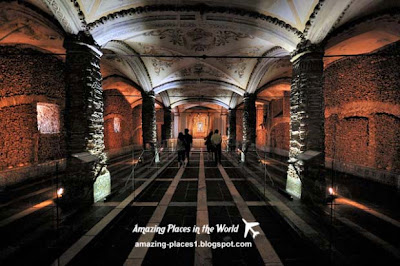 Chapel was Built in the XVI-century Franciscan monks. Chapel itself is small - only 18.6 meters long and 11 meters wide, but here are kept the bones and skulls of five thousand monks. There are also two withered corpse, one of which belonged to a child. Now corpse hung on an iron chain. 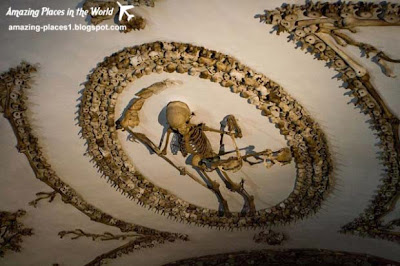 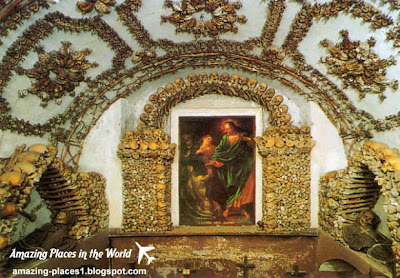 The Church was built between 1626 and 1631 m-th years on the orders of Pope Urban VIII. Project created by Antonio Casoni. Capuchin Church contains the remains of 3,700 monks buried between 1528 m and 1870 m over the years. Many of the body for a long time to decompose in the ground before they were exhumed. 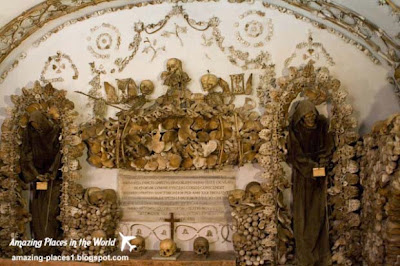 4. Catacombs under the monastery of St. Francis in Lima, Peru 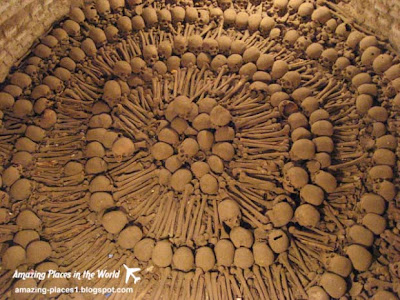 Church and convent were consecrated in 1673, the year, and the catacombs were used until 1808 year. Catacombs placed skulls and femurs of 70-thousand people 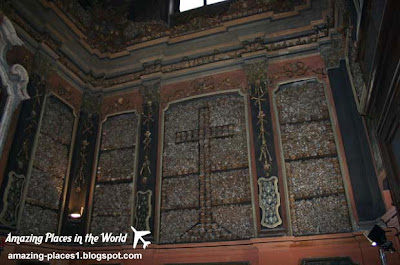 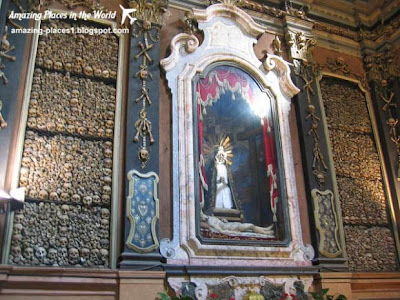 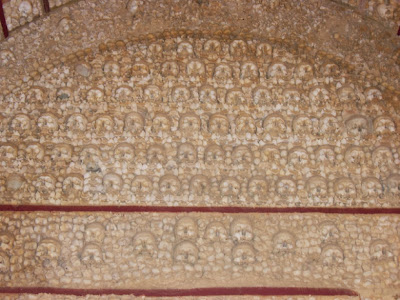 This small chapel built entirely of bones, also indoors with a fully gold-plated skeleton. The church was built in 1719, the year. 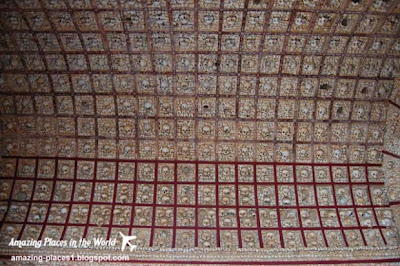 In the crypt of stacked rows of tiny skulls in 1200. Newest skull appeared here in the 1720s, and 610 of them have five ornaments. 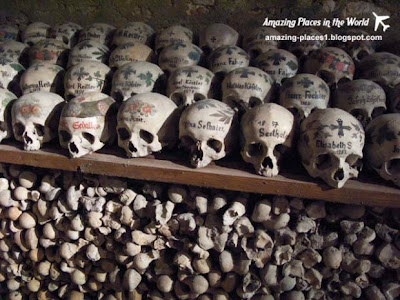 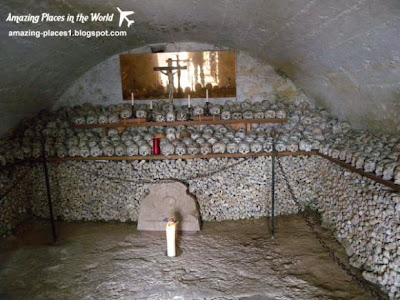 8. Chapel of Skulls in Kudowa, Poland 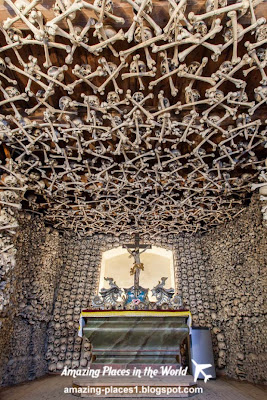 This chapel became a mass grave for those who died during the Thirty Years' War (1618-1648), three Silesian Wars (1740-1763) and other military conflicts. Some people died from starvation, cholera and other deadly infections. The church was built in 1776. 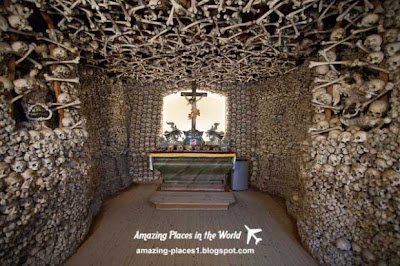 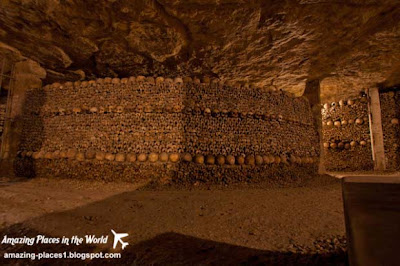 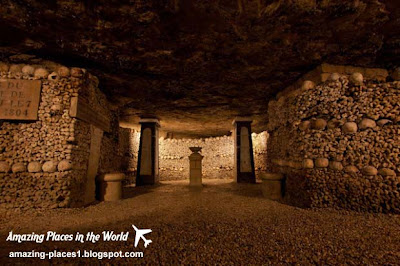 Discovered in the late XVIII-th century. Labyrinth of tunnels under Paris extends for over 320 km, and a small part of it there is an underground crypt that houses the remains of six to seven million people. 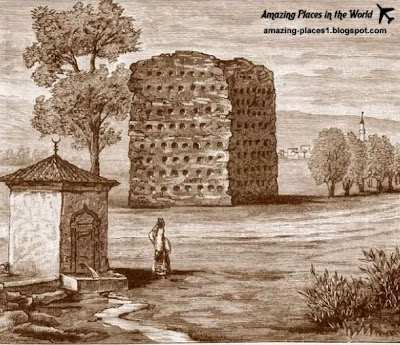 Tower of human skulls was built in 1809 by order of the Turkish general named Khurshid Pasha of skulls 952 x Serb rebels. The original tower is 4.6 meters high and four meters wide. In subsequent years, the families of some dead rebels took the skulls of their loved ones, and now in the tower remained only 58 skulls. 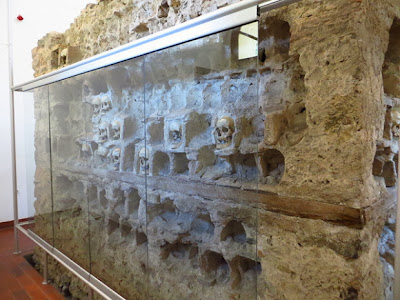 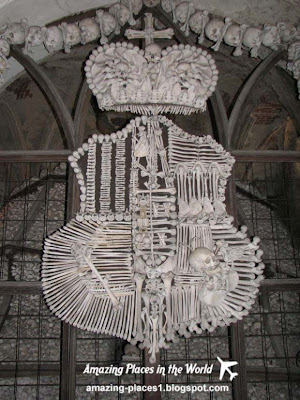 In a small Catholic chapel near cemetery church of All Saints kept the bones of 40 000 and 70 thousand people. Over decoration of the church in 1870, worked a local woodcarver Frantisek Rint, and is currently in the chapel there are chandeliers, arches and pyramids of human bones. 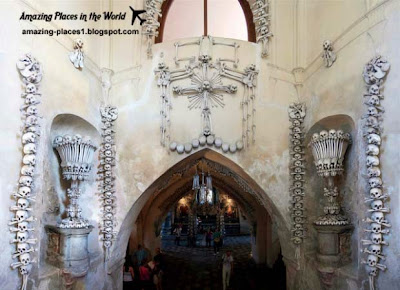 12. Cathedral of the Blessed Virgin Mary in Křtiny, Czech Republic 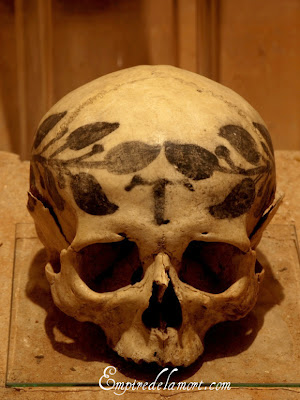 The place is famous for its 12 Jeweled skulls. 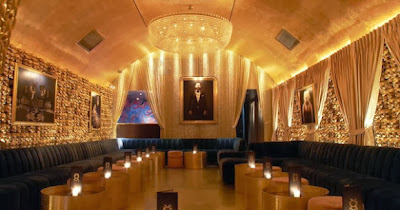 The bar is decorated with gilded skulls. 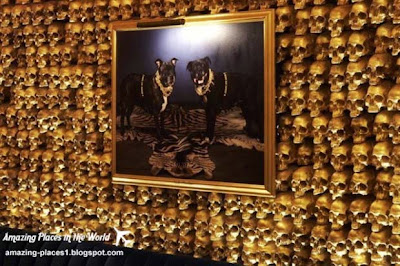 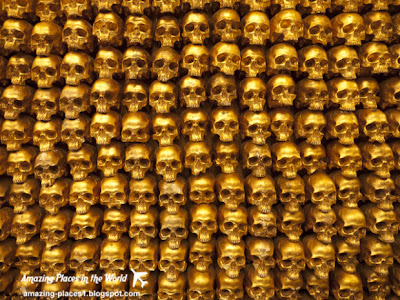 10 Instagram Marketing Tips for Start…
PrettyLittleThing review: Experience …
“The Friend Who May Not Seem a Friend…
Top Ten Feats of Small Business Owner…
ALBUM: Sun-EL Musician – To The World…

13 Amazing and creepy buildings made ​​of skulls and bones