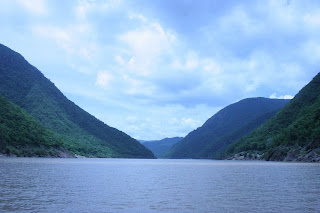 Andhra Pradesh is an Indian state that is rich in historical and cultural legacy. Historians suggest that Aryans were the original people that formed the ancient populations of Andhra Pradesh, who later migrated and mingled with different races.

King Ashoka ruled a substantial part of this state and his dynasty remained for several decades. Many sites still depict that Buddhism had its major significance and it was a prime Buddhist centre.

Andhra Pradesh is popularly known as “Food bowl of South”. Hyderabad is the capital of Andhra Pradesh, which is a rich cultural city with many places of interests, palaces, museums, parks and religious sites.

Andhra Pradesh has numerous locations to visit and offer prayers on pilgrimage sites such as Tirupati, Srisailam and Basara. Sri Venkateshwara temple at Tirupati, Birla Mandir at Hyderabad and Sai Baba Ashram at Puttaparthi are few of the holy and pilgrimage sites. There are famous mosques and masjids to offer prayers.

There are waterfalls at Ettipothala, Gandipet and Kuntala. Keen visitors can visit caves at Undavalli and Borra. World famous hydel power projects and dams are located at Nizamsagar and Nagarjunasagar.

Andhra Pradesh has varied art culture in its pot. Bidri, Himroo and Nirmal are some of the art work that relates to metal and fabric specially originating in Andhra Pradesh. Kucchipudi Dance is an articulate form of dance prevalent here. Hyderabad considered as the pearl centre of India offers unique and exclusive quality pearls. Andhra Pradesh is a beautiful state with vast array of art, culture and religious virtues.