Best things to do in Tenerife with kids 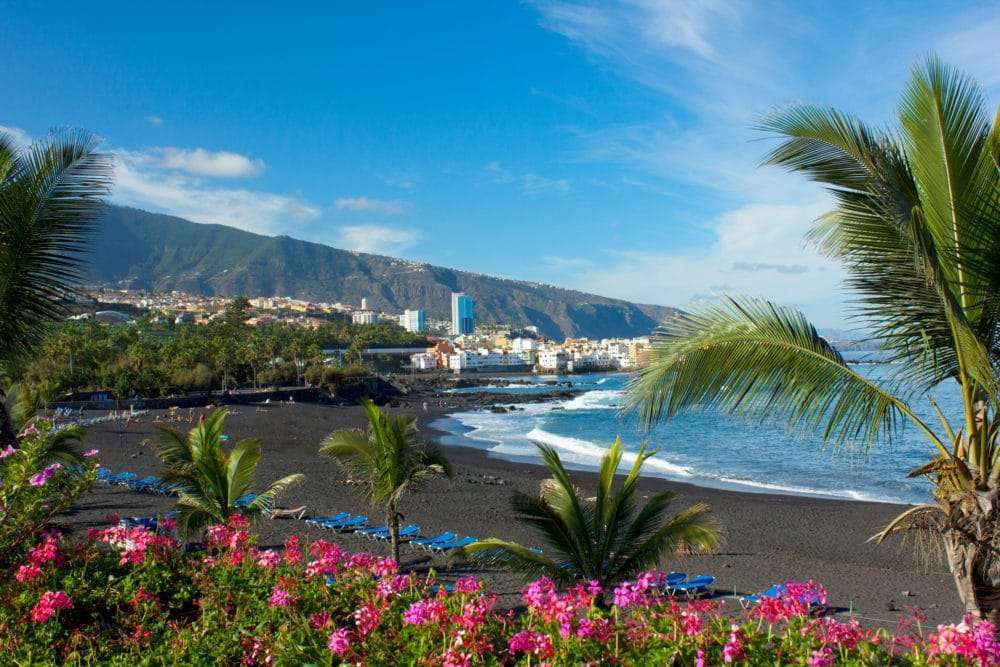 The Canary Islands are popular mainly for their unique climate. If you sometimes decide to go there with the whole family, you will definitely not regret it. Knowledge and entertainment options are endless, for now here are some tips to visit the largest of the Canary Islands. What are the best things to do in Tenerife with kids?

The Canary Islands belong to the Kingdom of Spain, so despite our location (geographically it belongs to Africa), we are still in the European Union. This is just one of the reasons why the archipelago is so popular. The main thing is the climate. Even during the winter, you wear summer clothes here, just add an extra sweatshirt in the evening. And don’t expect a suffocating unbearable heat in the summer. The temperature will increase by 10 ° C compared to winter, but it will be made more pleasant by winds from the ocean. 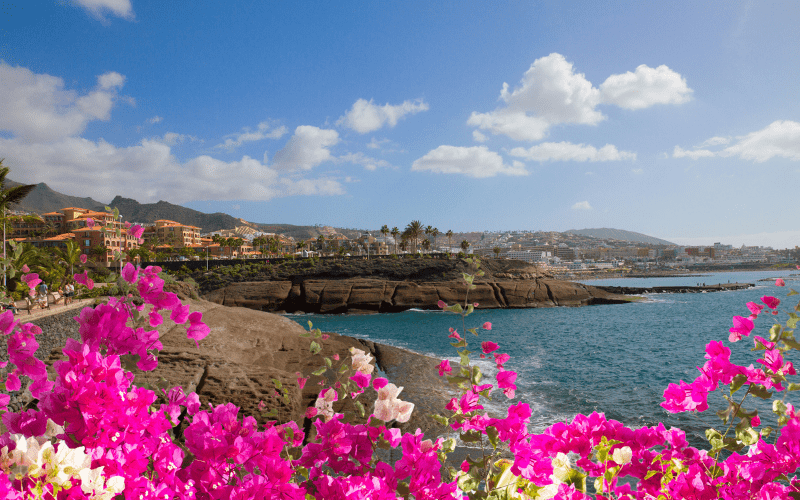 We liked the island of Tenerife the most. It is the largest of the 7 Canary Islands and you will find everything you can think of. Yellow and black beaches, large tourist resorts and unmarked fishing villages for tourists, national parks with beautiful nature, or even the highest point in Spain – the volcano Teide. Yes, the highest mountain in Spain is located outside its continental part, on this island.

So what to do in Tenerife with kids?

As we have already indicated, there is a lot to see and attractions for kids. Once your descendants find out what the island has to offer, they will not leave you alone. 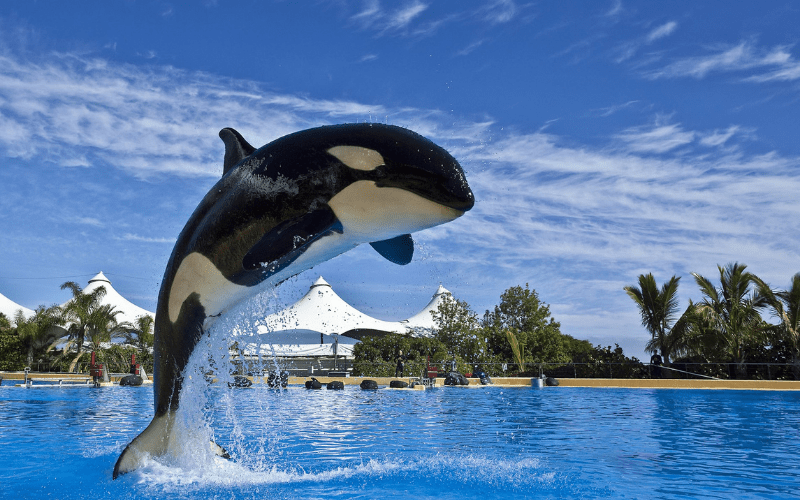 In one word, you could simply say a ZOO, but it’s not that easy. You rarely visit this type of park. In addition to the classic animal enclosures, Loro Parque offers much much more. A path in the treetops leading to a birdcage, where a parrot can land on your hand if you are lucky. Or an animal hospital.

And of course the biggest draw of Loro Park: the parrot show, where you see a parrot pedaling a bike, a funny sea lion show, a dolphin show where some kid has the opportunity to ride a boat with dolphins in the pool, and finally a show with huge orcas. Loro Parque is definitely worth the high entrance fee, but in 2017 and 2018 it won the Tripadvisor award for the Best Zoo in the world.

It is a themed water park, which is awarded by Tripadvisor as the best water park in the world every 7 years in a row. And justifiably so! The network of water slides counts for kilometers here. In one of them (The Power Tower) you will even experience a ride through a tank full of sharks. You can learn to surf on artificial 3-meter waves. Little adventurers, on the other hand, can explore the lost fortress of Lost city full of waterfalls, bridges, and of course, water slides, such as a giant water climbing frame. Definitely, no one will be bored here. 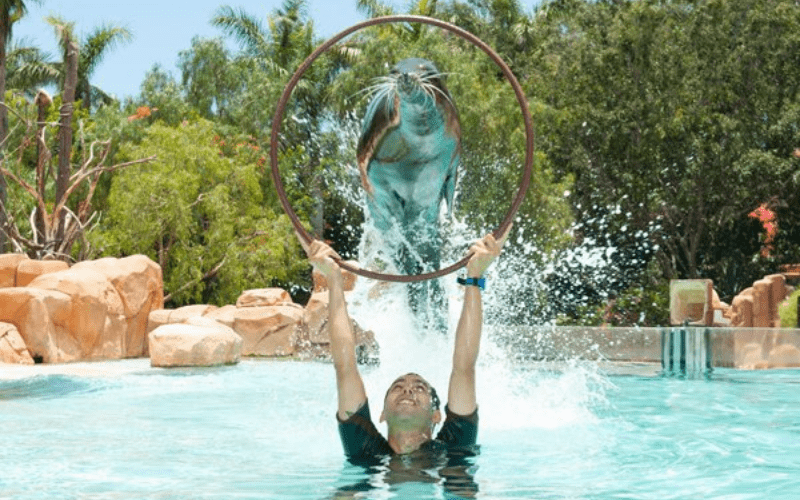 Jungle Park is another zoo in Tenerife. It’s more of a safari. As the name suggests, the main motif of this park is the jungle. The whole garden is interwoven with wild paths, rope bridges, waterfalls, and mysterious tunnels. In addition to the classic animal enclosures, we will also meet several performances here. Sealion show, parrot show, or the main one – show with birds of prey. In addition, the park also offers an 800m long bobsleigh track.

Besides the aforementioned Siam Park, this water park looks like his poor brother, but it is not really surprising. Nevertheless, Aqualand Costa Adeje is a full-fledged water park, which offers a number of swimming pools and water slides and a dolphin show too. In addition, there is also a fairytale water castle for the little ones or a relaxation area with a jacuzzi with heated water and hydromassage streams, hammocks next to the pools, or the lazy river Lava River.

Another smaller zoo this time, which specializes in monkeys. But don’t expect any live entertainment show here this time. Nevertheless, Monkey Park is unique. Not only does it offer a pleasant walk through the beautiful botanical garden, but you can enter the cages right here and pet the animals and feed them. In addition to primates such as lemurs, marmosets, or chimpanzees, there is also a terrarium and many exotic birds – macaws, cockatoos, or toucans. There is a pond with crocodiles and turtles too. 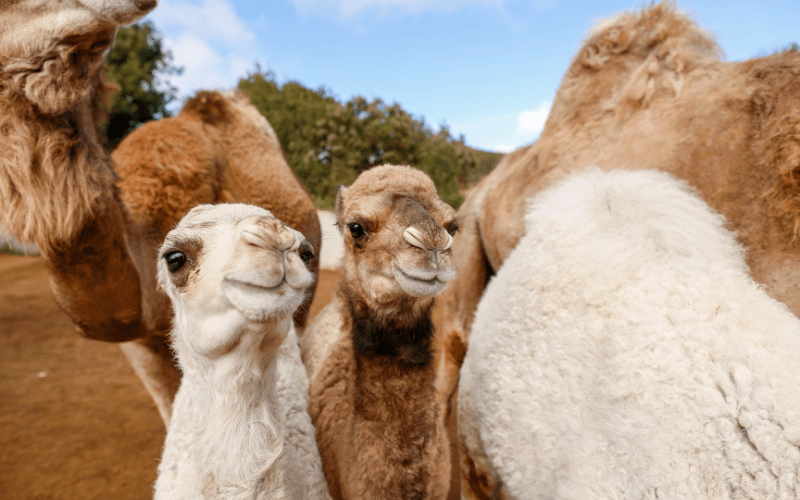 Camel Park is a camel farm located in the interior of the island. It is a family business and camel rides are organized here. In addition to them, you will also come across other animals such as goats, donkeys or geese, and ducks. Especially for kids, it is a great experience.

Botanical gardens are not popular with most children, but the Palmetum in Santa Cruz is sure to captivate them. It contains more than 2000 species of tropical and subtropical plants from around the world, and especially palm trees more than 400 species. This makes it one of the most interesting collections in the world.

Of course, there are also exotic birds, frogs, lizards, and other small animals. A bonus is the beautiful views from the botanical garden to the city, the mountains, and the mountains. 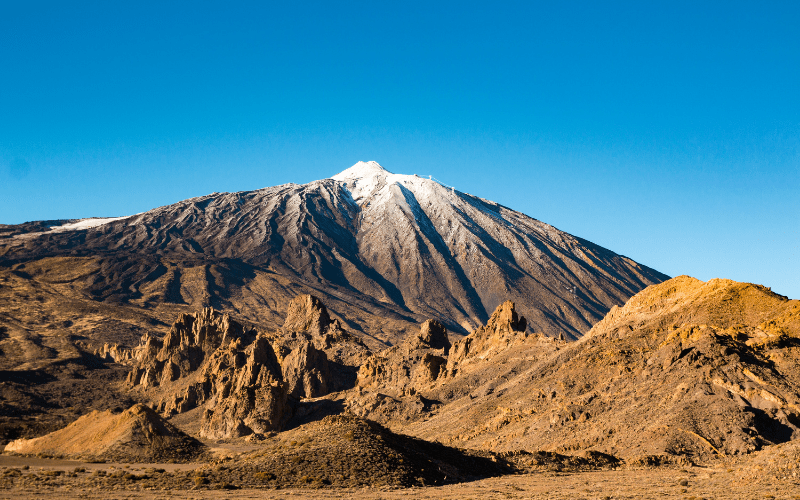 It is the highest peak not only in Tenerife but also in Spain. If you want to climb to the top, you will need a special permit. Alternatively, you can go up the cable car, but despite the high price, its capacity is often sold out. But it doesn’t matter, it’s enough for children to get to the height of the lower station of the cable car. There is a lookout point for the national park – rocks and lava landscape. For example, the films Planet of the Apes and Star Wars were made in the local countryside.

Sailing for dolphins and whales

Go to one of the local ports and book a boat trip to the open ocean and meet dolphins, whales, or other cetaceans. Seeing these sea creatures with your own eyes and observing them from a close range is an unbelievable experience. The local captains know perfectly the places in the sea around Tenerife where cetaceans and dolphins move. There are 26 species living in the surrounding waters. 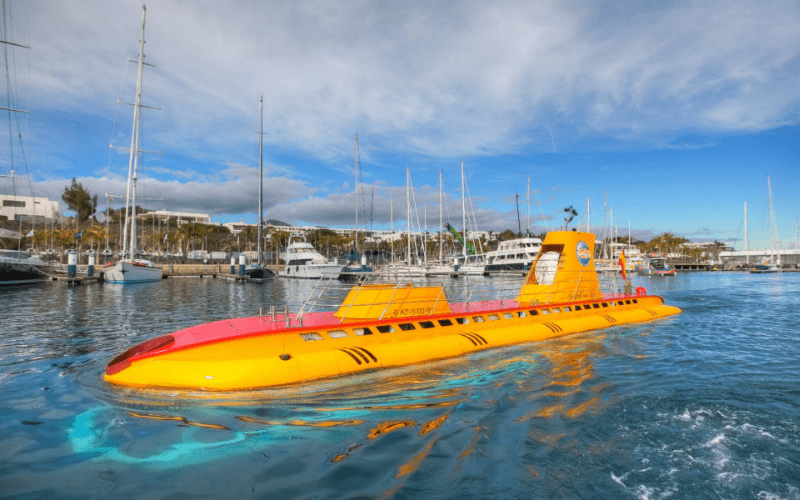 In the port in the south of the island, you can look at the seabed for 45 minutes. An unforgettable experience awaits you in a modified yellow submarine. The vessel has a capacity for 44 people and is 18.5 m long. You will dive to 25 m, although the submarine has the opportunity to descend to a depth of 60 m. Between the rocks, you can see cuttlefish, octopuses, many species of fish, and other inhabitants of the sea. Stingrays, manta rays, or turtles are also interesting. The descent to the bottom of the Atlantic Ocean is an unforgettable and breathtaking experience.

Globe maximizes spectrum assets to an…
Fashion blogging: Lesson learnt+ Pers…
It’s Me – Chapter 11
The Keys to Business Success | 20-Poi…
How to Get a Girl to Have Sex With Yo…

Best things to do in Tenerife with kids