Edinburgh Castle stands on the volcanic plug called Castle rock which is located in the middle of the city. It is a castle with a long history that was inhabited as the royal residence since the 12th century up to the 15th century. This article will explore the castle’s major historic events and the stories revolving around it. It is a must-see historic landmark in the capital of Scotland. We highly recommend visiting the site during your vacation in the city.

Top tips for safe diving, a water-pow…
“I Still Can’t Figure Out How We Keep…
Albania: Explore the Forgotten Side o…

Archeological excavations have revealed that the occupation of the castle goes back to the Bronze Age. Researches suggest that it was a fort built for the Votadini tribe. The castle continued to be a remarkable place for the city serving as a fortress, royal residence, and later as a prison till the 15th century.

Edinburgh Castle during the Medieval Era

During the reign of Saint Margaret of Scotland from 1070 to her death in 1093, the Norman chapel was built at the Edinburgh Castle. Saint Margret was the second wife of Malcolm III. She was devoted to spreading Roman Catholicism in her kingdom. Today, her chapel is considered the oldest original part of the fortress. Her son, David I of Scotland built the private chapel around 1130. 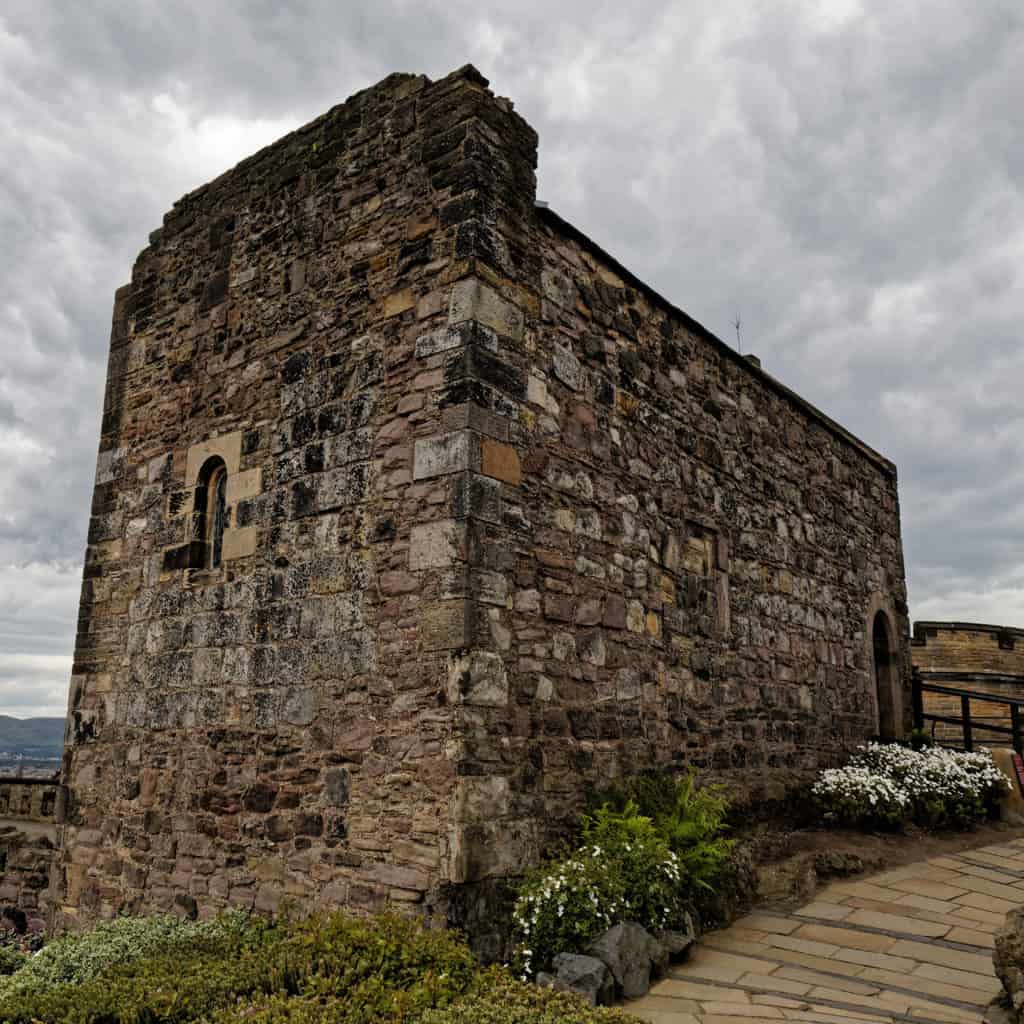 The Castle afterwards suffered many sieges and retrievals as it served as an important landmark for the Scottish Royal family. Up until David II of Scotland who ruled from 1329 to 1371 whose interest in the castle was not less that his predecessors. King David adde a massive new tower, that is known today as “David’s Tower”. He was most likely inspired by the new addition to Windsor Castle in England. It is said that the tower used to be 30 meters high. It served as the location of the royal chambers for almost a century.

By the end of the reign of James I of Scotland from 1406 to 1437, he built another tower behind David’s Tower. The tower included a huge hall built especially for banquets. Thus, this chamber replaced the royal chambers in David’s Tower. It is said that one of these chambers was the location of what is known in history as the “Black Dinner” in 1440. The name was given to the occasion to describe the event when the principal heads of the Douglas Clan were invited to dine with King James II, then they were executed. The event was so influential to artists to date. It is said that this historic event was the source of inspiration to the Red wedding scene in the famous HBO series; Game of Thrones.

Unfortunately, many of the previously mentioned additions to the castle were destructed and only their ruins remained. Most of the castle’s buildings that we see today date back to the reign of James IV of Scotland from 1488 to 1513. Near the former site of Davide’s Tower, you can find The Crown Square which was previously known as the Grand Parade; created by James III of Scotland who reigned from 1460 to 1488. It still survived serving as a courtyard.

During the rule of King James IV, he used the castle as a royal residence. But he also added a new Great Hall to the castle which was completed by 1510. The Great Hall hosted the Scottish parliament. It was used for several occasions over time including state banquets, military barracks, and then as a hospital in the 19th century.

The castle fell into a four-day siege in 1573. An English army bombarded the supporters of Mary, Queen of Scots who reigned from 1542 to 1567. Following the siege, the Half Moon Battery, was added to the castle’s defenses on the eastern side. This addition emphasized the castle’s role as a fortress rather than a palace for monarchy. It is worth mentioning that Queen Mary gave birth to the future James VI of Scotland and James I of England in the castle on June 19, 1566.

In the 18th century and early 19th century, prisoners from the Seven Years’ War, the American War of Independence, and the Napoleonic Wars were imprisoned in the dungeons of the castle over the years. It was also used as a prison during World War I.

During the early 19th century, the castle used the former site of public executions known as Castle Hill and turned it into a huge open space for several usage. It now hosts the world-famous Royal Edinburgh Military Tattoo every August.

Edinburgh Castle is the most popular destination for tourism in Scotland. It receives over one million visitors annually. Being an impressive historical building in itself and home of the National War Museum and three regimental museums, we highly recommend that you put it on the top of your travel list. It is also designated by UNESCO as a World Heritage Site in 1995. You can book your admission tickets to Edinburgh Castle online at normal prices for adults that start from £17.50.

Places to Stay Near Edinburgh Castle and How to Get There

It is widely known that the best transportation in Edinburgh is to rent a car. It will give you easy access to the city’s highway and will save you time and effort; especially since most of Edinburgh’s places to visit are not accessible through public transportation. However, reaching Edinburgh’s castle through other means of transportation is possible. Below we will present some of the available options.

The castle is located at Castlehill, Edinburgh, EH1 2NG. The nearest railway station is Waverley. You will only walk a short distance to the castle. Another option is booking The Airlink 100 express bus which can take you to Waverley Bridge. Or book local buses with the Mound or George IV Bridge on their route.

The best accommodation options near the castle include The Rutland Hotel & Apartments located 0.5 miles away from the castle, and the Destiny Scotland – Chisholm Hunter Suites

A Castle as old as this must have many mysterious stories revolving around it. Below we will explore some of the best folklore stories that will blow your mind. 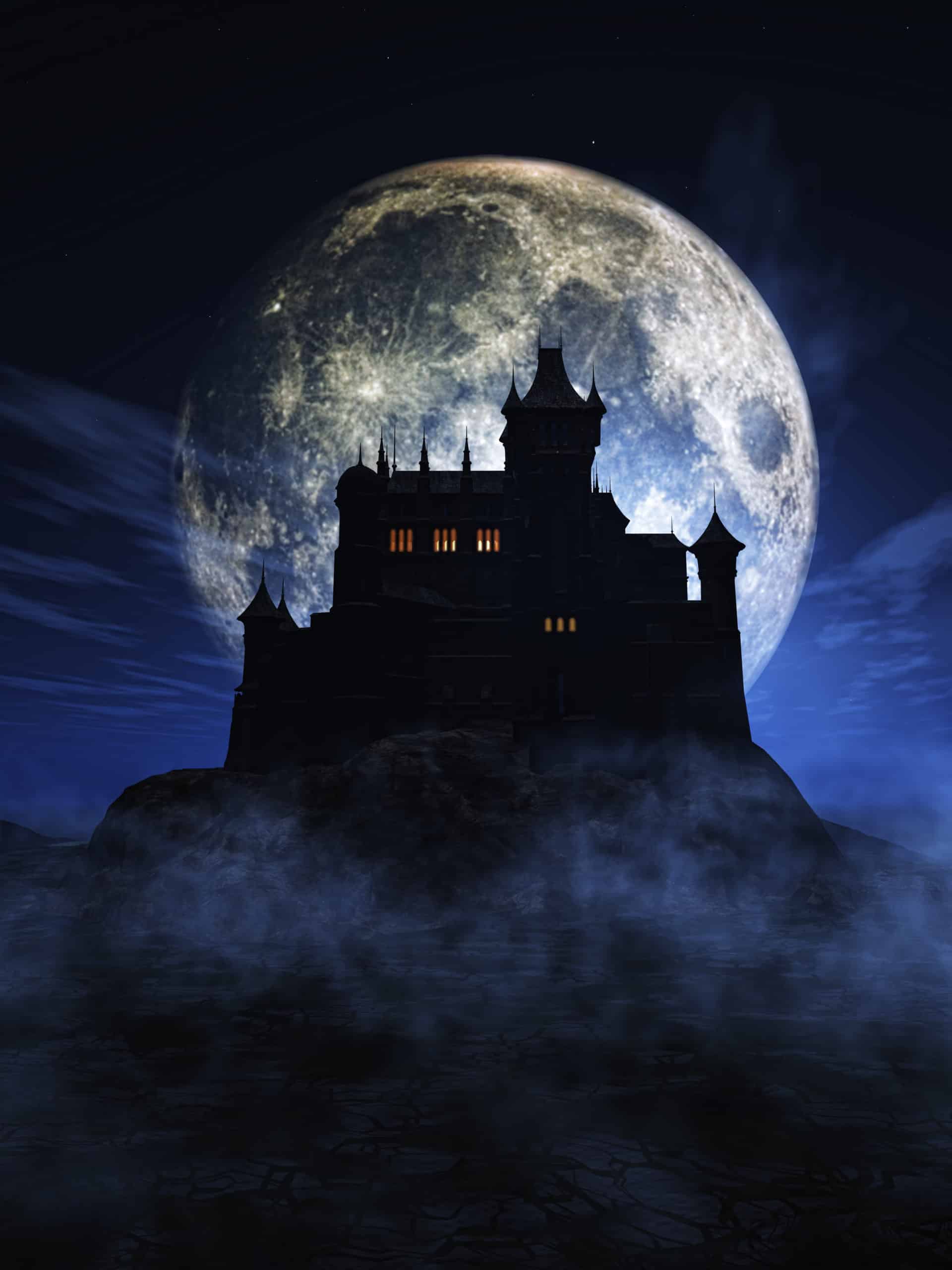 Many ghosts’ stories are associated with the castle, one of which is the story of the lone bagpiper. It is said that a piper boy was sent down the tunnels of the Royal Miles when they were first discovered to investigate the location. The boy was playing his bagpipes along the way so that the people above the tunnels could track him. Suddenly the music stopped and the people formed a search party to look for him. Surprisingly, he was never found not even his body. People claim that they can still hear his ghostly pipes in the castle.

In 1558 when the country was on the brink of Protestant Reformation, people reported seeing a dragon on top of St David’s Tower. The tower used to be the most important building in the castle. It was interpreted as a bad omen, possibly relating to the Catholic Mary Queen of Scots.

It is a wide known legend to avoid passing by the castle before your university exams. It is said that university students are cursed if they enter the castle and they are bound to fail their exams.

To read more about Edinburgh’s history and the legendary stories around its famous castle check some of our best articles like: The Legend of Edinburgh Castle. And for more suggestions for the best places to visit in Edinburgh, don’t miss our latest article on that topic.

This post first appeared on Connolly Cove Ireland Travel, please read the originial post: here
People also like
Top tips for safe diving, a water-powered battery and understanding Gaelic with ultrasound
“I Still Can’t Figure Out How We Keep Getting It Right” – Obi Cubana And Wife, Ebinna Iyiegbu Celebrate 14th Wedding Anniversary (Photos + Video)
Albania: Explore the Forgotten Side of Europe – 15 Best Things to Do in the Albanian Lands