A Trip Down the History and Origin - Dubai's Old City

If you are a traveler, you probably are already aware that the best way to explore a city in its raw form is within its old part. There is an inherent charm in the older part of the towns as they still retain the traditional touch in their outlook. You would find the old transportation, ancient architecture and intrinsic warmth in the older part of the cities across the world - and Dubai is no different. While the city has seen development very recently and one may assume that the difference between the new and old part of the city is not drastic, but the pace of development has been so rapid that the old was left way behind. We had been in the city for almost a couple of weeks by then and hence we decided to spend a day exploring the riches of the old Dubai area and were pretty amazed by what it had hidden from the warriors of development. 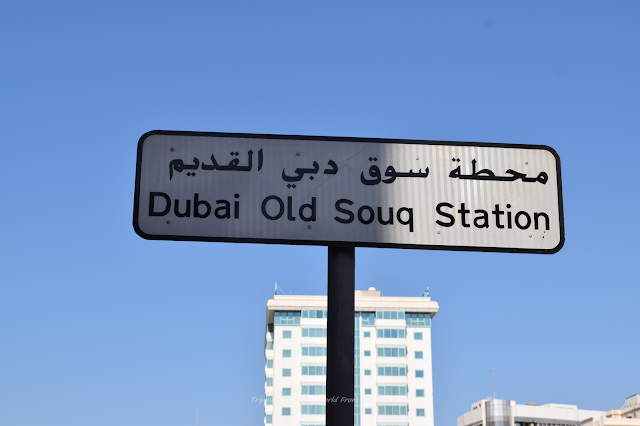 Away from the high-rise glass-walled skyscrapers of this futuristic city and man-made islands of beach houses, there is this intriguing part of the city around a creek which formed the initial settlement. The creek initially attracted the human civilization and gradually became one of the major port hubs of the area. It is this melting pot of cultures, traditions and global influences that show just how multifaceted a city Dubai is. The creek divides the old part of the city into two areas - the one adjacent to the newer part is called Bur Dubai and the one farther across the creek is Deira.


One of the landmarks in this area is the Al Fahidi Fort - at the Al Souk Al Kabir area which teems with vigorous trade and is close to the Ruler's Court (the monarch's divan). It was built back in 1787, about 200 years ago, as the premises of the monarch and a fort of defense, since it sat on the border of the urban Dubai at the time. Later on, this fort turned into an arsenal of artillery and weapons. The visitors of Dubai Museum "Al Fahidi Fort" have an opportunity to get rich, full and integral knowledge of the very old history of Dubai as the museum within the fort has been developed and maintained by the authorities.

A few minutes walk from the Dubai Museum is Al Fahidi historical district, also referred to as Bastakia Quarter. A collection of fascinating old coral houses and traditional wind towers (known as barajeel), that were built in the early 1900s by merchant settlers from the Persian town of Bastak. The neighborhood features over fifty buildings, that are now home to art galleries, cultural exhibitions, museums, cafes and craft workshops. It is a fascinating place to explore and certainly provides a contrast from the modernity of areas such as JBR or Downtown.

What is interesting is hidden in some corners of this old city is a Hindu Temple - which is intriguing as well as surprising considering the deep Islamic values and culture. It is a nicely set-up temple open to people of all beliefs and providing an opportunity to seek the inner soul and silence.


Then there is the Creek itself - This is a saltwater channel flowing and an important part of Dubai’s iconic locations and provides tourists with another aspect of Dubai. While you are at this location one thing that you cannot afford to miss is a ride on the traditional wooden boat – Abra. The motor operated small boats – once manually propelled – charge as high as 1 Dirham to take you across the creek. The slow ride along the waves is definitely a worthwhile experience witnessing the confluence of history and modernity.


Beyond the creek is the hidden treasure of the city which attracts a specific kind of audience – one which is unimpressed with the glitter of modernity but prefers the glitter of metal - yeah the famous Gold Souk area of the city is here. One would be astonished on entering the area with the precious metal all around – shops big and small showcasing the priced products on sale. To the uninitiated Souk are traditionally unorganized road-side markets – something that western world knows as fleece markets – which have over time taken to some kind of structure and found themselves roofs. However, the method of exchange is still very undefined and you can definitely negotiate your way to a good deal. Also, a short distance from the Gold Souk is the Spice Souk where spices from the region are available in various forms and flavor.


Things to Remember
Know More about other things to do in Dubai
Dubai, UAE - Top 10 Attractions of Touristy Emirate

A Trip Down the History and Origin - Dubai's Old City

Subscribe to Tripping Tourists - Travel The World With Us